Yusri Sahrin: An Ex-Addict Who Was Homeless Now Owns A Business And Employs Other Ex-Addicts 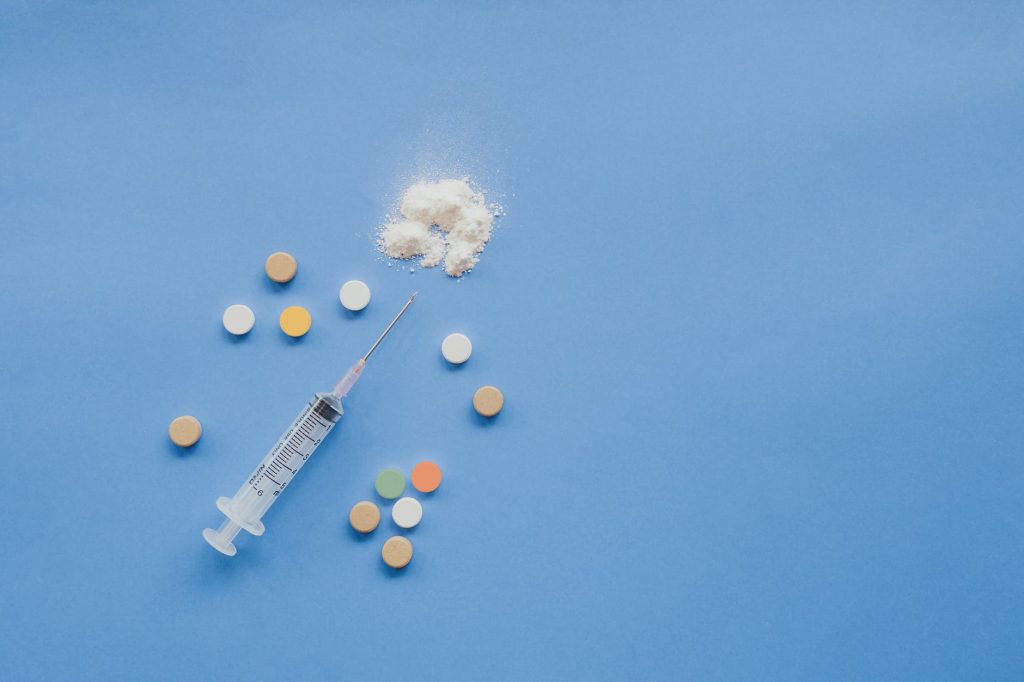 As a young adult, Yusri Sahrin spent many days and months on the streets of Chow Kit looking for the next snort of heroin. He was only 19-years-old when he became homeless and addicted to drugs[1].

Heroin, a type of opioid drug medically administered for pain killing, is known to generate a sense of euphoria in its user. According to data from the National Anti-Drugs Agency (NADA), heroin and morphine were the highest opiate-based drugs used by drug dependents. 7,746 people were found to be hooked on heroin in 2018[2].

The withdrawal symptoms from heroin are unbearable, making it difficult for the user to stop. Refraining from the drug would result in body pains and an irresistible urge to feel high again. This leads to the user needing more of the substance to get the same effects – whatever the cost, including illegal ways such as stealing, theft and break-ins[3].

Getting the next high was Yusri’s main priority. Only until he obtained the high that other basic necessities such as food, water and shelter matter to him.

With heroin, the addiction is really bad and you will feel pain in your body when you do not take it. This is what drives addicts to steal and cheat people, just to get their next fix. – Yusri, recounting his experience in lock-up after being arrested four times by police[1].

Under the Dangerous Drugs Act (1952), self-administering illicit drugs were considered an offence punishable by fine or two-year imprisonment. The number of drug addicts arrested by the National Anti-Drug Agency Malaysia in 2020 is 20,643 persons. Although there is a decrease of 20.8% as compared to 26,080 persons in 2019, it is still a sizable amount[4].

Mixing With The Wrong Crowd

It is of great concern when drug users (18,417 people) between the age of 19 to 39-years-old make up the largest percentage (72.9%) of drug dependents in the country[2]. A study conducted in a rehabilitation centre in Kuala Lumpur found that 50.8% of youths reported peer influence as the leading reason that caused them to take drugs[5]. It usually begins as an experiment, influenced by friends because of curiosity that people get hooked.

A series of in-depth interviews were conducted with seven former addicts from a rehabilitation centre. It was found poverty was the main reason that led them to drop out of school and find work as adolescents[6].

I was forced to act as the breadwinner of the family while I was still a child. I never had the chance to receive an education as a result of poverty. – A former addict during an interview (paraphrased)[6].

With limited knowledge and experience, youth often could not differentiate good from bad. For social, financial or safety reasons, the pressure to fit in led them to mix with the wrong peer groups. For the case of the interviewee, this ended up in drug abuse and trafficking to obtain quick money[6].

Low-income areas such as PPRs (low-cost housing projects) are especially prone to the invasion of illicit substances by criminal syndicates[7]. Chow Kit, where Yusri once roamed, was notorious for the gathering of homeless addicts and drug suppliers[8].

At one point, Yusri wanted a new life and decided to change, but the temptation to fall back to heroin use was still lurking because of the environment he was living in and the friends he was with. He made multiple attempts but to no avail.

I always prayed to find a way to get clean because I just could not stand my life and I wanted to change. – Yusri[1]

Then, in 1996, a fellow addict told Yusri about a drug rehabilitation centre run by former addicts, called Pengasih Malaysia. Yusri took a giant leap of courage and made his way to Bukit Tunku where the centre is located.

Yusri’s actions were commendable and he is part of the 19% of addicts in Malaysia that voluntarily seek help, according to NADA[10]. The loss of the family’s main revenue source was one of the main reasons preventing addicts from entering rehabilitation programmes.

Sometimes, they are the main financial contributors to the family, the head of the family or children and so on. So if they go in for voluntary treatment, their family will have no financial support. – Datuk Seri Zulkifli Abdullah, director-general of NADA[10].

Pengasih Malaysia is one of the many Voluntary Drug Treatment Centres (VTC) in Malaysia, they employ a community-based approach that seeks to provide a sense of community for former addicts to aid their rehabilitation[11].

This is in contrast with its predecessor, Compulsory Drug Detention Centres (CDDC), where they treat addicts as inmates and employ a punishment-based corrective method[12]. Apart from being proven ineffective in curbing relapse, this approach also discounts the fact that addicts are human as well, and they should be treated with dignity and respect[13].

Upon completion of his rehab programme, Yusri left Pengasih Malaysia a changed man. However, that does not mean he is free from the traps of relapse. Yusri was determined to restart his life but had nothing except the few clothes in the bag.

He first worked as a cleaner at an LRT station, then at a factory and later at a printing company where he spent the next 15 years. Yusri endured the menial job and worked hard to improve. Had he not been disciplined and determined, the trap of relapse is just one jab away.

The lack of access to education that most often plagued the poor, also means that they lack experience, exposure and skill sets to advance into higher-paying jobs.

The relationship between addiction and mental health is a complex one. Major depression, bipolar disorder, anxiety disorders, PTSD, borderline personality disorder are common mental illnesses associated with illicit drug use[15]. The disruption to rehabilitation programmes caused by the pandemic has contributed to a rise in mental health issues related to drug abuse[16].

Access to mental health services is another barrier to the poor[17]. Financial burden, social exclusion, and continuous stigmatization may deter addicts from seeking professional help. While B40-friendly mental health providers can be found in urban areas, this is often not the case for rural settlers where drug use and poverty are equally rampant[18].

The odds are stacked against the poor to break the vicious cycle. There is however some welcoming news.

Globally, addiction to substance use is formally recognised as a mental and behavioural disorder by the World Health Organization[19]. By enlisting substance abuse as a disease, it effectively removes the blame from addicts while casting them in the much-needed light as patients requiring treatment.

In 2019, former Health Minister Datuk Seri Dr Dzulkefly Ahmad stated that the government was moving towards removing penalties against drug possession for personal use[20]. The decriminalisation of drugs is seen as progressive by allowing abusers to come to light.

23 years after stepping out of the rehabilitation centre, Yusri now has a wife and three children, a home, and runs his own printing company where he employs 10 former addicts from Pengasih.

Much work is needed to effectively untangle the web of drug abuse and poverty. Structural change and policy intervention should be the ultimate solution. What is within our power now is to rally our continuous support for VTCs and relevant NGOs making the change on the ground.

Pengasih Malaysia is fundraising to expand their current centre in Cinta Manis, Pahang to better accommodate more addicts. You can chip in to support their effort here.

My message to people is, please give former addicts a second chance and never give up hope on them. – Yusri[1]