Youth-At-Risk In Kelantan: A Hit Of Dopamine, A Lifetime Of Regret 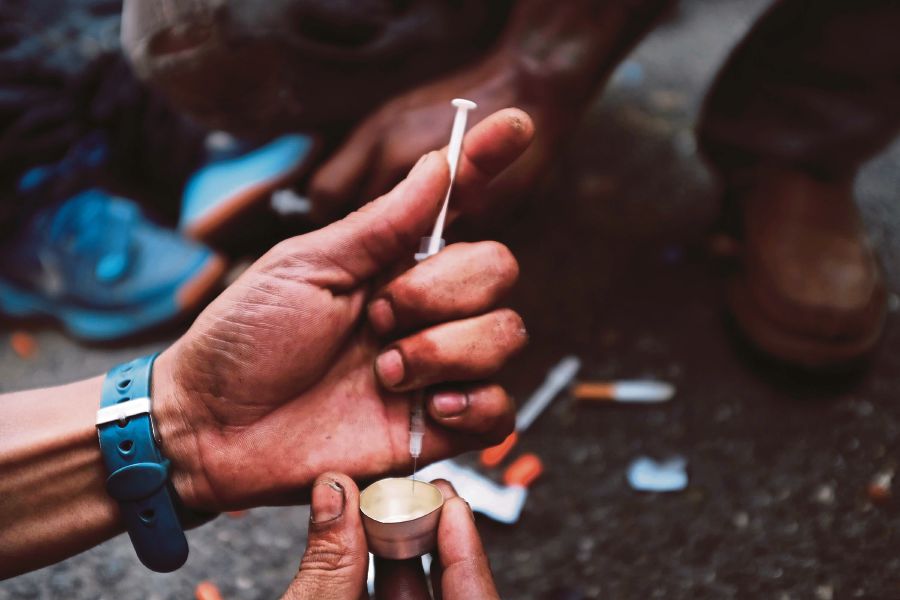 Drug use in Malaysia is categorised as a severe problem with past research linking it to other social ailments such as gambling, chronic health problems, and prostitution[1].

The drug use problem continues to persist in Malaysia, and it is challenging to combat. As the government stated there has been no reduction in the numbers of drug addicts despite the efforts and the programmes set in place for the past 40 years[3]. The number of drug cases in Kelantan has been steadily on the increase departing from 1399 per case in 2014 to 4153 per case in 2018[4].

According to the Ministry Of Health, the highest number of drug users are people living in the rural regions, who happen to be male and have a low income. It was also stated that it was found to be mostly used among people that are aged 18-24.

Furthermore, a study revealed there are specific factors that lead to the possibility of drug abuse. One of them is the educational level, where low student achievement is habitual in rural regions that are affected by poverty and therefore potentially affect their decision-making[5].

The brunt of drug abuse is also felt by Malaysia’s healthcare system with allocated budgets being spent on the effects of the drugs, which sometimes leads to higher susceptibility to Hepatitis B or C, tuberculosis infection, and other complications[2]. The Malaysian government spends around half a billion Ringgit on drug users by arresting and housing them in state-run rehabilitation centres[2].

The Drug Usage Among the Youth In Kelantan

In Kelantan, the consumption of drugs within the state is going at an alarming and concerning rate, especially since it involves the younger generation. The state recorded 3,700 cases per 100,000 people in 2017 and 3,233 in 2016[6]. The crime statistics did not fare behind statistics in 2018 and 2019, indicating Kelantan is one of the states with the highest number of drug abuse[2]. 70% of the crimes sentenced within the Kelantan courts are drug related[7].

Methamphetamine pills have become the primary type of drug used by the youth in Kelantan[8].

The most popular type of drug young people in the state would take was Methamphetamine pills. It is as cheap as RM10 per pill and easy to get. – Shafien Mamat, Kelantan Police Chief[8]

In recent years, a concoction of Methamphetamine and caffeine called Yaba pills have been popularised amongst the youth.

The state authorities have taken into their stride to start their intervention programme with the recent trend of children as young as nine years old consuming drugs.

Previously, only high school students were found to be involved in drug use. However, starting in 2015, it began to spread to primary school students, and some were found to have started taking drugs as early as the age of nine. – Rohayu Ahmad, Director of the National Anti-Drug Agency (AADK) Kelantan[9]

Youth involvement in drug usage is often triggered by curiosity and peer influence.

Khai Aziz began to smoke and use drugs at the young of 14. However, he decided to quit once he reached 21, seeing the effects the drugs had on his brother and his family being driven apart as a result.

I know it’s not easy to stay away from drugs. I started smoking and drinking at 13 and have tried drugs. But I left that all behind when I was 21. – Khai Aziz, former drug user and founder of Drug Free Malaysia[10]

Drug Dealing To Put Meals On The Table

But drug addiction is only given the room to persist with constant supply and demand from the community. Those who come from a household with financial constraints see drug dealing as an income avenue. Kelantan is one of the poorest states in Malaysia with a 12.4% poverty rate, suggesting that more than 230,000 people are living in poverty within the state[11].

The state is also notorious as the state with the most serious drug abuse and smuggling problems in the country as of 2014.

Din(not his real name), a 29-year-old began his career as a drug dealer at the age of 15 years old after meeting ‘Abe Wan.’

I had no idea that he was distributing drugs. But many of my friends told me that he was doing bad work.- Din, former drug dealer[10]

Din took the job to pay for his school fees and provide for his family’s necessities.  The situation was dire once his mother was no longer able to work.

That was when I knew I really had to sell such things. I would sell it after school, and eventually even the teachers who knew would come and buy from me. At the same time, they would complain that I was too lazy to study. – Din, former drug dealer[10]

Din eventually dropped out of school to work entirely as a drug dealer.

His father also began distributing drugs for him and delivered the goods Din brought. However, after the authorities killed his father in Thailand, he began fearing for his life and thought it was best he no longer held the goods himself.

The vulnerable group such as the stateless are susceptible to drug trafficking as chances of earning proper employment are out of reach.

In Kota Bharu, a woman named Mek Cah tells her story after concluding her four-year sentence.

Her family struggled as a child since they didn’t have enough money to pay the rent and being stateless, her family was unable to access the aid given by the government.

Once she reached the age of 16, 4 of her siblings out of 11 no longer lived with the family as they were either married away or sold off to other families. It was then that Mek Cah began to familiarise herself with drugs and their dangerous activities[10].

Mek Cah was driven to sell drugs to save her siblings from being sold off and ten years later, Mek Cah married a drug dealer based in Kota Bharu.

When I sold the drugs, I could buy them new clothes and give them money to go out with their friends. If I didn’t do it, who would feed us? It’s easy to say ‘dirty money, and that it wasn’t the right way. – Mek Cah, a former drug dealer[10]

Bringing Youth-At-Risk To The Good Side

Having left behind drugs and changed his life for the better, what elicited the need for Khai Aziz to help youth was when he saw a girl being sold off by her father for drug money at a fishing village[12].

Muhammad Khairuddin, known as Khai Aziz within the music crowd, has been advocating for the past 20 years for a drug-free lifestyle for the youth through music. Khai Aziz travels from school to school to spread awareness through the non-governmental organisation Drug-Free Malaysia (which was once known as Drug-Free Youth Association Malaysia)[13].

In addition to my experience with my family, many of my friends were drawn to drugs. Some of them are in rehab and some died. After all this, I decided to take a stand. – Muhammad Khairuddin Aziz, founder of Drug Free Malaysia[14]

Khai Aziz and his members travel throughout Malaysia and use music to engage with them from school to school. They have interacted with more than 14,000 students in 126 Malaysian schools to educate them about drugs. For the ones he cannot interact with indirectly, he does it through the media[14].

I use empowerment instead of enforcement with kids. I do not just spread an anti-drug message but also a message about humanity and compassion. – Muhammad Khairuddin Aziz, founder of Drug Free Malaysia[14]

Awaludin Jalalus is also trying to change lives. Growing up in the streets of Chow Kit, he worked at slot machines for money to buy ice cream, and by the time he reached 15, he had lost many of his friends due to drugs. The journey started when he was hanging out with friends and was having a lepak session at a stall, and someone suggested they do a theatre play.

Eventually, they carried out their activities under Chow Kit Youth (CKY), a non-profit organisation created to change the lives of the ones caught in the cycle of drugs and neglect[15].

The works of Khai Aziz and Awaludin Jalalus to detract a population of youth-at-risk from falling into the spiralling consequences of drug involvement are commendable. One of the many factors of drug abuse among youth is boredom which leads to curiosity in trying drugs.

For me, it’s also important how we want to fill young people’s time with beneficial activities that can distract them from getting stuck with unhealthy things like drug abuse. So the local community needs to turn on and activate appropriate activities such as social or sports that young people can participate in.  – Datuk Mazlam Aliman,  ALIMAN, Advisor at Persatuan Anak Peneroka Felda Kebangsaan (ANAK)[16]

But through the stories of Din and Mek Cah, there is a pattern that should not be ignored, the inclination of youth-at-risk stems from being in poverty. Din and Mek Cah were saddled with the responsibility of being a breadwinner from a young age, willing to pursue anything to sustain their families while only contributing to the persisting drug addiction in the poorer states of Malaysia.