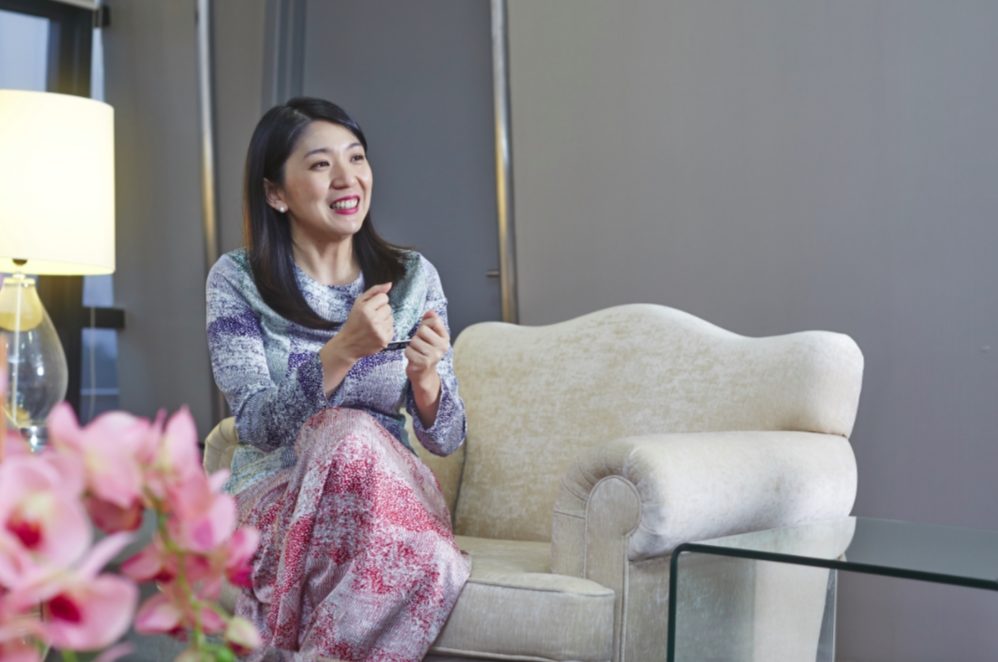 This Cambridge graduate went from growing up on an oil plantation, to being one of the most heard of and respected voices for the Malaysian people. Internationally celebrated for her efforts to bring the best out of her country, here are a few things you didn’t know about Yeo Bee Yin.

Growing up in Batu Anam, Segamat where rubber and oil palm plantations dominate, Yeo Bee Yin lived in “Ladang Gomali” otherwise known as the Gomali Estate. As a small-town girl, her idea of what the future looks like was very limited.

Yeo noticed that the majority of the women in her life played complementary roles instead of leading in society. Influenced by the then style of Disney cartoons, where the tale of fair maidens waited for a white knight or Prince Charming to come along so that they could live happily ever after.

Thankfully, inspired by her aunt, Yeo Swee Lan, who was the first woman university graduate in Batu Anam, she began to believe that she could also acquire a good education. It wasn’t long before her efforts paid off.

Yeo was a bright student and she came through with flying colours. This helped her to qualify for Petronas Scholarships for her Bachelor Degree in Chemical Engineering. She graduated from Universiti Teknologi Petronas (UTP) with First Class Honours.

After working with Schlumberger for two years, Yeo went on to pursue a Masters in Philosophy in Advanced Chemical Engineering under the Gates Cambridge Scholarship and subsequently graduated with a Commendation.

These experiences sowed a deep desire in my heart to see every child in Malaysia receiving a good education, regardless of race, religion, geography and family background[1].

After completing her education, young Yeo decided to volunteer under the political party DAP. Yeo had been volunteering for DAP since February 2012 before joining the party as a full-time member in August 2012. It wasn’t long before Yeo was elected as state assemblywoman for Damansara Utama when she was 29. This made her the youngest member of the Selangor State Assembly from 2013 to 2018.

Slowly building a public profile, the people grew to understand and love what Yeo stood for. Even early on in her career, Yeo said that her main priorities were decreasing the high crime rates, traffic jams, as well as combating flash floods and poverty issues. It was these beliefs that allowed her to obtain the highest majority ever achieved in the history of the Bakri parliamentary constituency during the 14th General Election.

I want to see the people of the same background as me or the people in the deepest jungle in Malaysia, or even the urban poor, to have an equal education, an equal opportunity to have a good education[2].

Under Yeo’s leadership, Impian Malaysia (IM), a local organisation, started by DAP made headway into improving the lives of the rural communities in East Malaysia. IM provided basic infrastructures such as roads, water, electricity and education to rural communities.

As a matter of fact, despite scepticism and resistance from some quarters, Yeo managed to raise RM280,000 from her constituents. The initial project cost was only set at RM20,000[3].

Since 2014, Yeo’s office has been running two tuition centres offering free classes for students between 7 to 17 years old in Damansara Bistari and Kampung Chempaka. The targeted low-income families were given the opportunity to get extra help with their studies. She also had a monthly food bank program providing basic necessities assistance to more than 100 people.

In addition, she organised leadership training camps for university students called LEAP (Leadership, Education, Activism and Politics), which aims to educate students on the political process and activism in Malaysia.  She founded the Lawatan Anak Muda (LAM) Programme, which allows young participants to visit the Malaysian Parliament and the Selangor State Assembly[4].

In 2018, Yeo was sworn in as Minister of Energy, Green Technology, Science, Climate Change and Environment on July 2, along with 12 other ministers and 23 deputy ministers of Prime Minister Tun Dr Mahathir Mohamad’s Cabinet.

Milestones As A Minister

From the minute she was sworn in, YB Yeo Bee Yin was fully focused on making as many changes as possible.

Her early actions included the announcement to increase renewable energy goals from 2% to 20% by 2030. She helped set up a nationwide ban on the import of plastic waste and published a 12-year roadmap to include a legal framework in eliminating the use of single-use plastics in Malaysia by 2030.

Despite the unexpected change of government in early 2020, after two years of being in office, YB Yeo Bee Yin continues to fight for a more just Malaysia, where education and equality are accessible to all. Her hard work has been recognised by big names across the globe. Here are just to name a few:

Yeo was once a small-town girl who had a vague idea of what success and the future looked like. But because she was given both the opportunity and access to craft her own future, she succeeded and along the way inspired many others to follow suit. Through her success, she has and is making Malaysia a better nation.

People may think that as long as you work hard, opportunities will come to you. But my personal experience has taught me that a person can receive opportunities only when someone else is willing to create and give it to them. And really, there is some extent of luck involved in scholarship selection and many other things in life. Whether a person can fulfil his/her potentials and dreams depends a lot on the system and environment he/she is born in[1].

Her story forces us to think about others in rural places or in obscure places that could benefit from opportunities, equal access and a hand up. How many more “Yeo Bee Yin’s” are there in Malaysia?