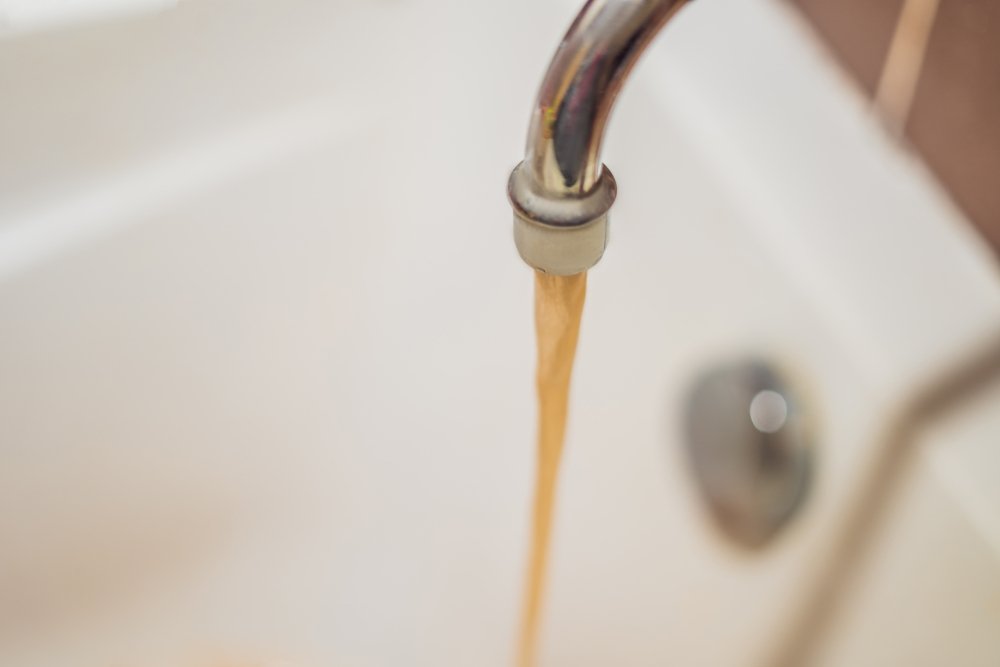 We Malaysians love our teh tarik. But not when it is coming out of our faucets.

And yet this happening in Kelantan where citizens are coming about muddy, teh tarik-coloured water coming out of their pipes at home.

And to make matters worse, people exposed to this contaminated water have been suffering skin diseases.

Just what is happening in Kelantan right now?

Teh Tarik That No One Likes

For years, if not decades, people in Kelantan have been complaining about the state’s poor water quality. Indeed, according to the environment and water minister Tuan Ibrahim Tuan Man, only 71.7% of the 1.7 million people residing in Kelantan have access to a clean water supply[1].

September saw this problem hit its apex as citizens found their taps running with dirty brown water, coloured like Malaysia’s favourite beverage. Worse still is that people exposed to the polluted water have come down with skin diseases, and further exposure will most certainly lead to the spread of infectious water-borne diseases such as cholera, diarrhoea, dysentery, hepatitis A, typhoid and polio[2].

Upset with the local authorities’ apathetic attitude to this issue, many Kelantan citizens have taken to social media such as Twitter and Facebook to voice their complaints and worries about the contaminated water supply[2].

Another Twitter user @Veiledcaramel had also complained about the ‘Kopi Kaw Extra’ in their shower tub.

OH! Media had also brought to light the problem of washing clothes with this dirty water.

Many Kelantense have started to rely upon water vending machines for their supplies. These machines are usually located some distance away from most people’s homes, which is a problem for the elderly and disabled who may not have the strength to walk such distances.

According to some users, the water obtained from the vending machine usually lasts only a day. Others have doubts about the quality of water provided by these machines, with many preferring to pay extra for bottled mineral water[2].

To make matters worse, the authorities had seized some of these vending machines because they were unlicensed.

At the Source of the Problem

What we want to know is, why haven’t the people got [a] water supply? This is what we want to investigate. The people of Kelantan should be given an explanation. – Datuk Husam Musa, chairman of Save Kelantan[3]

Though Kelantanese citizens are quick to lay the blame on the authorities and their incompetence, the truth as always is far more complicated.

Many of the state’s water supply problems can be traced back to a largely outdated and inadequate water delivery system reliant on underground raw water sources. An estimated 4,006km of pipes are in dire need of replacement. And because of these old pipes, 52% of the piped water fails to reach the consumer[4].

Contamination and pollution of water sources are other reasons for water supply disruptions in Kelantan.

In February earlier this year, the water supply in Kota Bahru was contaminated by a saltwater intrusion into Sungai Pengkalan Datu. The brackish water led to a water quality disruption in the Chicha water treatment plant (LRA) distribution area[5].

Resolving the water supply issues in Kelantan has been an ongoing task for the state’s authorities. And just like the causes, the solutions are often multi-faceted.

For a more long-term solution, Putrajaya aims to take advantage of Kelantan’s abundant surface water sources as an alternative to the current groundwater sources.

But despite the constant water shortages, Kelantan Deputy MB Datuk Mohd Amar Nik Abdullah had said that the problem isn’t the lack of water, but rather the lack of places to store the water[6].

Our water exceeds our needs. We have it under the ground, in our rivers, rainwater, they are all in excess. But we can’t store it, we don’t have an appropriate place. – Datuk Mohd Amar Nik Abdullah, Kelantan Deputy MB[6]

The Environment and Water Ministry sought to rectify the lack of water storage capacity in Kelantan via the construction of Takungan Air Pinggiran Sungai (TAPS), the state’s largest water reservoir, in Machang. Datuk Seri Tuan Ibrahim Tuan Man hopes that this reservoir will help resolve the state’s water supply issues[7].

With TAPS and the existing plants as well as those that will be developed later, God willing, the water problem in Kelantan will be solved. – Datuk Seri Tuan Ibrahim Tuan Man, Environment and Water Minister[7]

Only time will tell if this project and many other projects will finally resolve Kelantan’s water woes.