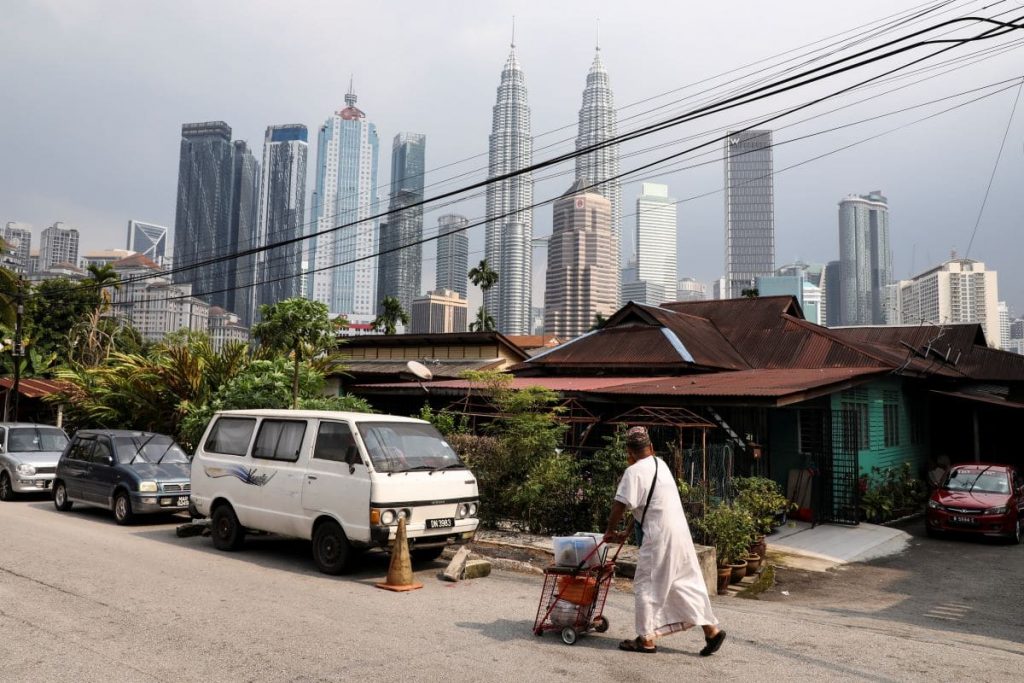 Since the start of the pandemic in early 2020, Malaysians have become well accustomed to stay-at-home orders, ever-changing rules and restrictions, district travel bans and so forth. While school-going children had to adjust to online learning, those who faced the greatest stress are people who have lost their jobs and those who are struggling to make ends meet. The pandemic has impacted the nation socio-economically and it has altered the lives of many families living on the edge. Here’s a deeper look at Malaysia’s urban low-income families who comprise around 10% of Malaysia’s population[1].

One key problem, brought to light by the pandemic, is that the nation’s labour market is yet to return to normal. The final ‘Families on the Edge’ study by UNICEF conducted on 500 families living in low-cost apartments in Kuala Lumpur identified that unemployment rates a year into the pandemic stood at 12%. This is 2.5 times higher than before the lockdowns[1].

Unemployment rates for female households were at 16%, standing three times higher than the national average[1]. Unemployment rates amongst adult children (people aged between 18 – 64 years old and have a relationship as a child of the head of the household) are amongst the highest in the nation at 36%, second to household members with disabilities with 48.4%[1].

Those that did manage to obtain employment saw a slight improvement in the number of hours they were able to clock in, as underemployment was a severe problem during the first few months of the pandemic. Currently, the number of households working less than 30 hours a week has improved since last year. Unfortunately, this number is still double the 2019 national average. Those that have been severely impacted by underemployment are disabled heads of households where it has increased from 13% to 23%[1].

The pandemic taught these heads of households many lessons. Many were left to think on their feet to make ends meet. Whilst the majority of head of households in urban poor Kuala Lumpur are employees, the number of self-employed heads of household among females and persons with disabilities (PWD) has increased since September 2020[1].

There was also an increase in informal employment from 23%to 34% in 2019[1]. These statistics are testimony to low-income households willing to take any form of income that is presented to them. Desperate times call for desperate measures.

Yet, despite their efforts, these households are still not earning as much as they were pre-pandemic. In 2019, a low-income household would be able to make roughly RM2,219 per month[1]. This number plummeted in May 2020, to RM1,400 a month and has slowly been rising, however by March 2021, the overall median household income was only at RM2,117. For disabled-led and female-led households these numbers did eventually return to their former ‘glory’, however that number was only RM1,200 – RM1,300 respectively[1].

So overall, how is the financial situation of the urban poor a year into the pandemic?

In terms of absolute poverty, there were significant improvements since the start of the pandemic, dropping from 61% in May 2020, to only 45% in March 2021[1]. In this case, female heads of households also showed slight improvements (76% to 62%) and disabled lead households went from 75% to 55% within the same time frame[1].

Where relative poverty is concerned, households who earn less than RM5,247.50 a month in Kuala Lumpur are considered relatively poor. This is calculated based on the cost of living in the city. Those in this category saw a slight improvement where the numbers dipped from 92% in 2019 to 89% in March 2021[1].

The effects of the pandemic are still present in 2021 and the economy will take time to recover. Whilst there are signs of improvement, it is clear more efforts need to be channelled towards the lower-income community in Kuala Lumpur.