Upholding The Right To Education For Stateless Children 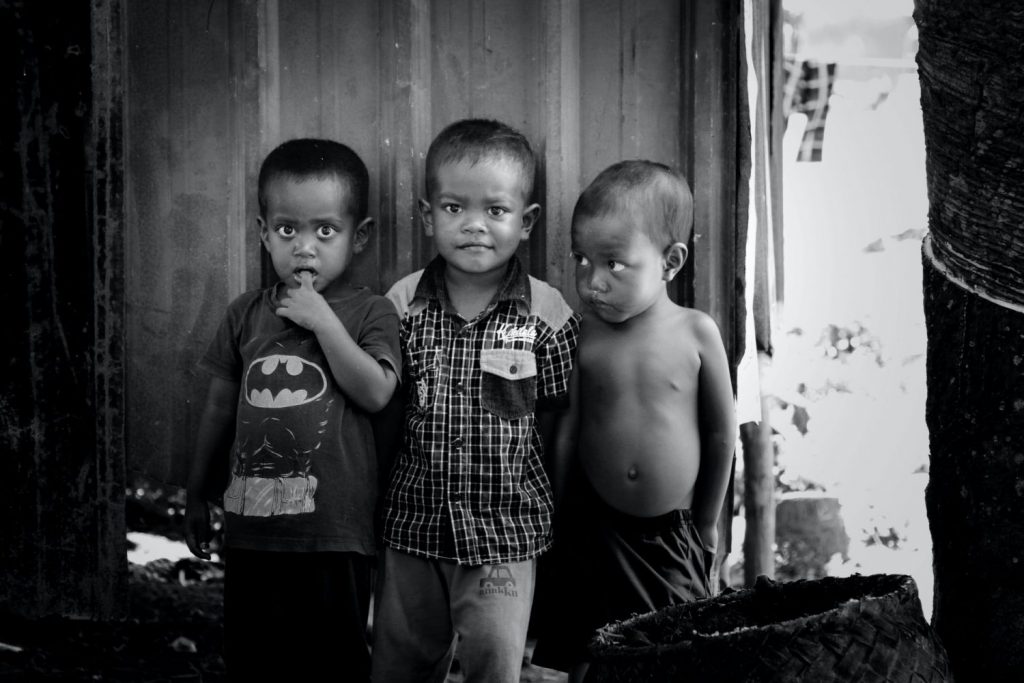 As a nation, we have infringed Article 7(1) of the United Nations Conventions of the Rights of the Child (UNCRC), in which every child born in Malaysia shall be registered immediately after birth and have the right from birth to a name and the right to obtain nationality [1].

Not only that, in Malaysia, it is compulsory for all children to graduate from primary school. This is printed on Article 12 of the Federal Constitution which guarantees rights to education for all citizens [2]. However, this right does not extend to the stateless.

In 2016, it was quoted that at least 290,000 stateless children reside in Malaysia [3]. The accurate numbers of stateless children and adults in Malaysia remain unknown and data is based on the guess-estimates of changemakers. Their statelessness was due to either the generational cycle of not registering births due to geographical constraints, some were born to migrants and refugees, others were born outside of wedlock. But all of them are subjected to the law of the land that inhibits their growth.

The general sentiment of the public looks at the community unfavourably and they are confronted with various prejudices from birth. The truth is that they play a crucial part in our everyday lives, ranging from working at plantations or even serving our food in restaurants. They are every inch a Malaysian but just not on paper.

Without documentation, the stateless children are losing their childhood. – Anne Baltazar, founder of ANAK

Being stateless is equivalent to being invisible in a country, and these children remain hidden from society – with no rights to their name. They have no identity that shapes their individuality because, in this land, they do not exist.

Stateless children, through no fault of their own, inherit circumstances that limit their potential. They are born, live and, unless they can resolve their situation, die as almost invisible people. – The United Nation Children’s Fund (UNICEF)[5]

The brunt of being born stateless stifles, as all doors remain shut to the community. No national schools would educate the children, no scholarships or loans that could uplift their youth or a well-paying job that would accept their resume.  A child is a piece of white paper, but to a stateless child, the paper is filled with punch holes.

No child should be left behind. Protect the children because they have so much to live for. – Dr. Hartini Zainuddin, co-founder, Yayasan Chow Kit

In Malaysia, stateless children are refused entry into national schools and are directed to private or international schools or rely on alternative learning centres (ALCs) run by non-governmental organisations (NGOs). When peers of their age are playing outside, the stateless children are forced to mature earlier and live in constant fear of being arrested by authorities.

Most stateless children grow up being timid and they lack the self-confidence to dream, hope and live a meaningful adult life because of all the limitations put on them.

We’re not smart, shy and we’re afraid of the teachers. – Students from Iskul Sama DiLaut Omadal

The changemakers are part of a collective effort to identify the gaps in the system and provide the necessary basic education to stateless children while trying to work behind the scenes to push for legal identification for individuals and families. These changemakers do more than what meets the eye – they are helping stateless children shed their old skin by restoring their self-worth, dignity and self-esteem and escape the inherited illiteracy that comes with being stateless.

A list of amazing changemakers can be found here and those listed below are highlighted because they participated in a public dialogue in October. They are:

Etania Schools in Sabah is a safe haven for the stateless and undocumented children in Sabah. Etania takes any child who has no access to the national education system and provides a complete learning programme designed to meet the needs of these children. Unique to the state of Sabah, many Indonesian and Filipino migrants enter the state as undocumented workers. When they stay on and have children in the country, they are not registered in either nation, so becoming stateless.

Iskul Sama DiLaut Omadal, a community based, children-led school on the coast of Pulau Omadal is changing the lives of the Bajau Laut community by providing basic Bahasa Malaysia and arithmetic skills. The success of Iskul is seen in three alumni; Delah, Enidah and Bilkuin who were once children who sat through the teachings of Iskul educators and now they are teaching other children just like them.

ANAK (Advocates for Non-Discrimination and Access to Knowledge) on the other hand is instrumental in assisting the community to earn their legal documentation by providing paralegal assistance. At the same time, the organisation is pushing for non-discriminatory access to schools for stateless children, which would significantly improve their chances for a better future.

SUHAKAM with the establishment of OCC (Office of Child Commissioners) in 2019 is set on eradicating stateless children in Malaysia. Since May 2020, their efforts have been in full swing including placing their ears to the ground, forwarding issues and recommendations to relevant Ministers with the best interest of children in mind.

Yayasan Chow Kit operates 24 hours every day. It has been serving at-risk children and teenagers living in and around Chow Kit since 2010. The organisation identifies the different needs of children before providing them with a customised solution. In providing holistic care, the parents and guardians of the children are part of the equation. The organisation also assists the caretakers in any capacity possible to ensure the welfare of the children is in good hands.

Back in 2009, when Etania Schools and ANAK were initiated and in 2015 when Iskul was established, there was very little support or funding going to NGOs helping the stateless communities. They faced backlash from the community and were even threatened with school closures by certain bodies.

The general public sentiment leaned towards the disapproval of educating stateless children as they are not Malaysian citizens and would return to their own countries at some point. Some have shared the sentiment that stateless communities should not be helped at all.

Children are the same everywhere in the world. Knowledge transferred to another nation is excellent, to help build the nation. – Dr. Kathyrn Rivai, founder of Etania Schools

In order to combat xenophobia, greater awareness needed to take place. These changemakers continued to champion the cause and soon after, more people joined the collective voice. Statelessness and the issues surrounding it are gaining more airtime, but there is still much to be done.

Keep talking, our voice is powerful. Spread awareness, tell your friends and direct the stateless individuals to the right people to help them. – Nalvin Dhillion, stateless youth and activist

The end goal: Eradicating statelessness by 2024

The UNHCR #I Belong campaign aims to eliminate statelessness by 2024. But Malaysia has a long way to go. – Dr. Kathryn Rivai, founder of Etania Schools

The government’s recent response to statelessness left a lot to be desired as stateless individuals will be given a one-year time frame to come forth with legal documentation to be certified as a citizen. Yet, there is no further follow-up since the announcement in 2020 [6].

A new chapter is being written as we speak, as recently the court proceedings had sparked further discussion as Malaysian mothers sought equal rights to bestow Malaysian citizenships to their children. There are also attempts to embed stateless children into the state schools by SUHAKAM through their Human Rights Best Practices (ATHAM) programme. The programme was met by pushbacks when it was first initiated in 2007. But it has expanded since – with at least 468 schools in Sabah and Sarawak participating in this initiative [7].

There are opinions that citizenship isn’t a right but it’s a privilege and it should not be given easily.

Of course, the apprehension when it comes to handing out citizenships deserves its timely procedure and protocols. However, give stateless children equal rights to education. Their future should not be punished for their lack of documentation is the hope of the changemakers advocating for the rights of the stateless.

You can help change the future for stateless children

This fight is not just reserved for existing changemakers on the ground and anticipating for the authorities to let down their resistance. We, as fellow Malaysians do have a part to play in ensuring an equal playing field for all.

The first step is to donate to relevant organisations. The second is to contact the organisation and give us your time. – Chuah Ee Chia, co-founder of Iskul Sama DiLaut Omadal

The young Malaysians are more vocal in raising social issues and awareness, and their values are aligned with fellow changemakers. There’s hope on the horizon, as the youth of today will slowly but surely take up the mantle and shift the current policies from state-centric importance to those that resonate with the needs of society.

At the same time, there’s a need for cohesiveness from all parties when it comes to a complex issue such as statelessness. There’s a need for appropriate data points that could guide changemakers on the ground to promote strategic changes and to move forward.

All of us need to play a part. The public is the hurdle. The narrative has to be changed, the society has to be more inclusive and the fear mongering has to be addressed. Tell them how it changes their [the stateless community] lives when they receive their documents. – Anne Baltazar, founder of ANAK