To Increase Or Not To Increase Minimum Wage To RM1,500: Here’s What Experts Say 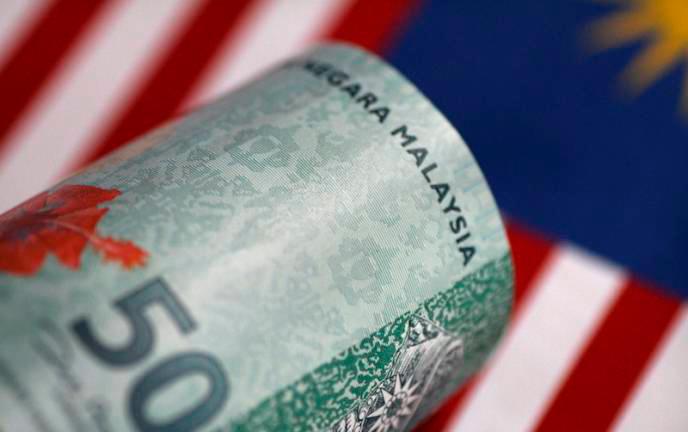 Despite receiving the early memo, employers and experts had opposing news on the impending increase. The reason behind this is the rippling effect of the pandemic and the floods in late 2021. However, the pandemic has hit different industries disproportionately – some thrived while some suffered badly.

Due to these factors, the consensus on increasing minimum wages is mixed. Experts have weighed in that wage increment now is detrimental to the economy. Others have positively received the news, saying it has been a long time coming.

The cost of living is very high now. It’s high time that the government, through the NLAC, discusses a living wage, moving away from the minimum wage. – Effendy Abdul Ghani, Malaysia Trades Union Congress deputy president[1]

But are the experts’ worries unwarranted, and is it too early to rejoice for a wage increment?

Industry Preparedness And Burden To SMEs

Industries in the medical line have outperformed and raked in profits during the pandemic. However, some industries observed a hiring freeze due to the lack of employees, especially in the 3D industry (white-collared jobs).

We are in a catch-22 situation. Businesses are not strong enough to make the adjustments because of thin margins and losses suffered during the pandemic. If pushed too hard, rather than improving the lives of low wage earners, businesses may collapse. – Dr Yeah Kim Leng, professor of economics at Sunway University Business School[3]

A proposed solution was to assess whether industries are ready and can afford to pay the hiked minimum wages to their workers.

To address this issue, what is needed is better quality data. The NWCC should have access to the relevant data and consider whether RM1,500 is doable for all the industries. Use the data and make evidence-based decisions, especially to what extent businesses can handle the increase in wages. – Dr Yeah Kim Leng, professor of economics at Sunway University Business School[3]

On the other hand, if Cabinet agrees to the increasing minimum wage to RM1,500, employers and businesses should be rewarded with tax incentives over the coming years to cushion or cover the supposed costs of paying higher wages[3].

Malaysian Employee Federations (MEF) states that the move to increase the minimum wage would only do a disservice to the recovery process of various industries, and the most affected would be the micro-small and medium enterprises[4].

The booming player in the Malaysian economic sector may be unlikely to rise to the challenge of providing their workers with higher wages.

There are at least 98.9% of Small Medium Enterprises (SMEs) in the Malaysian business landscape. The worry is the SMEs won’t be able to sustain themselves[4].

SMEs have faced multiple closures, loss of income during the pandemic and some were affected by the recent flash flooding.

When we talk about wages and cost, we must think of SME’s survival and sustainability. SMEs are suffering and even [with] a small increase in their cost, they will suffer and close down, what more an increase of RM300/400 per month on top of existing national minimum wages. – Datuk Dr Syed Hussain Syed Husman, President of Malaysian Employee Federations (MEF)[4]

SMEs have faced multiple closures, loss of income during the pandemic, and some were affected by the recent flash flooding. The worry that SMEs won’t cope or follow through with the additional costs is sound.

Possible Bad News For The Economy

Economist Dr Kim Yeah Leng from Sunway University[3] suggested that the consumers would only bear the cost of a higher minimum wage. Businesses that are unable to cope with the costly measures of hiking the minimum wage would increase the price of goods to compensate. This would cancel out the effects of an increased income.

The balancing act of ensuring both employees and employers are on the same page, especially in a fragile economic landscape is a delicate matter.

Another economist, Professor Datuk Dr Madeline Berma from Universiti Malaysia Sarawak (Unimas) Honorary, suggested that the increase of RM300 should wait as many employers are heavily reliant on government subsidies[5].

Once the subsidies end, SMEs may suffer severely from being taken off the lifeline. The additional worry of paying increased wages to employees would lead to multiplying impacts that could only hamper economic recovery.

In the current circumstances of the Covid-19 pandemic, where business conditions remain fragile for many, it must be recognised that any increase in business cost for manufacturers would have a spiralling multiplier impact on the economy and derail business and economic recovery. – Professor Datuk Dr Madeline Berma, an economist at Universiti Malaysia Sarawak (Unimas) Honorary[5]

However, the worry that inflation could take place due to the increase in wages was unfounded, said Centre for Market Education CEO Dr Carmelo Ferlito[6].

In fact, the dangerous part of the inflation we are experiencing now is coming from a money supply that expanded faster than economic growth (expansive fiscal and monetary policies). The way to contain inflation is now implementing a sound and gradual plan of government spending cuts. – Dr Carmelo Ferlito, CEO of Centre for Market Education[6]

Who Would Benefit From The Wage Increment?

It is estimated that foreign workers, on average, send back some additional RM4 billion each year for every RM100 increase in minimum wages. Thus, the increase of RM300/400 will cause an additional outflow of between RM12 billion to RM14 billion per year. – Datuk Dr Syed Hussain Syed Husman, president of Malaysian Employee Federations (MEF)[4]

But chief economist at a regional bank, Intan Nadia Jalil stated that the increase in minimum wage could result in an increase in purchasing power among consumers.

At its root, this is mainly due to the fact that workers are also consumers, and any rise in incomes would generally lead to an increase in consumption. – Intan Nadia Jalil, chief economist at a regional bank [7]

The discussion about minimum wages is essentially the responsibility of employers to compensate workers (local and foreigners) fairly and what is due to them as workers’ rights. The higher returns received by the companies pre and post-pandemic have thus far not trickled into a fair deal for workers.

The issue of higher minimum wages is more an issue of economic efficiency and social equity. Workers should be paid the value of their productivity but the ineffective labour market allows employers to exploit workers and keep wages below the efficient wage level. – Dr Geoffrey Williams, Dean at Malaysian University of Science and Technology’s Institute of Postgraduate Studies[6]

Productivity Should Mirror Increase In Wages

But with employers potentially having to fork out more money for their employees’ wages, they are also expecting a return with increased productivity. The consequences may also include more automation and machinery to replace low-wage employment. In addition, businesses may consider relocating their operations to lower-cost markets leading to possible loss of jobs to existing workers.

Economist Dr Yeah Kim Leng has also suggested that workers should be one step ahead and find ways to improve their skills and productivity to remain above the minimum wage.

Workers should focus on improving their skills and productivity so that they will always be above the minimum wage. – Dr Yeah Kim Leng, professor of economics at Sunway University Business School[3]

But, productivity may also increase by ensuring workers have security and lesser financial burden. With small wages, many have very few opportunities to save money, enjoy recreation or even put a healthy meal on the table. Raising the minimum wage could potentially lead to happier workers and better work outcomes due to the improved living conditions[8].

We have weighed on two sides of the arguments and the imbued sentiments and worries over the proposed wage increment. But, how can the increment be done in the best interest of both employees and employers?

Some had suggested smaller steps to be taken rather than an immediate RM300 increase, which may be a shock to the system for many companies out there.

According to Dr Yeah Kim Leng, the RM1,500 rate may come across as a jarring increase for employers, particularly given that SMEs are not in a financially healthy position coming out of the pandemic[3].

Given the current softness in the economy, we may want to consider a gradual rise instead of a sharp jump in the minimum wage. But this is up to the tripartite discussion. – Dr Yeah Kim Leng, professor of economics at Sunway University Business School[3]

A gradual increase to RM1,500 is an approach that producers are generally content with, said the Federation of Malaysian Manufacturers (FMM)[9].

Manufacturers are generally concerned about an immediate increase to RM1,500 but are receptive to a gradual increase under the current minimum wages review to a quantum to be decided by the National Wages Consultative Council (NWCC). – Tan Sri Soh Thian Lai, President of The Federation of Malaysian Manufacturers (FMM)[9]

What Does A RM300 Increase Mean To Workers?

Some companies have proactively taken the necessary steps to increase the minimum wage way ahead. Supermax Corp Berhad increased their minimum wage from RM1,200 to RM1,400 earlier this year[6]. AEON Sdn Bhd set the minimum wage at RM1,500 following the announcement by the human resources ministry[10].

But, expert Dr Geoffrey William, thinks there is a lot more to be done.

The increase in salaries to RM1,400 (referring to Supermax Corp minimum wage) is still insufficient. According to Bank Negara Malaysia, the living wage for single people is around RM2,700. With RM1,400, workers can barely afford basic necessities such as food, shelter or proper clothing and of course almost nothing to save afterwards. – Dr Geoffrey Williams, Dean at Malaysian University of Science and Technology’s Institute of Postgraduate Studies[6]

The overall wages in Malaysia is on a downward slope rather than an upward trend.

Now is the best time to increase the minimum wage rate. It will be of great help to those in the B40 and M40 groups. – Dr K. Kuperan Viswanathan, professor of economics at Universiti Utara Malaysia [11]

There might be opposing views amongst the experts, those who are wary of its economic repercussions. Even so, a monthly increase of RM300 in income provides numerous implications to a low-income household.

Better wages only equates to more nutritious food on the table, transportation fees for children to go to school and better access to healthcare.

As Nobel Laureate David Card has found, the truth behind increasing minimum wage only leads to better purchasing power. The fear of SMEs shutting their doors could be dissipated as the income received would only be circulated in the country, improving our economic recovery with the purchase of essential goods.

With better income, let’s ponder how many families would have three square meals and how many more children would be attending schools. There is yet to be data on it – but the numbers undeniably would be telling.