The Price Of Patriotism: 60% Of Malaysian Veterans Are Living In Poverty 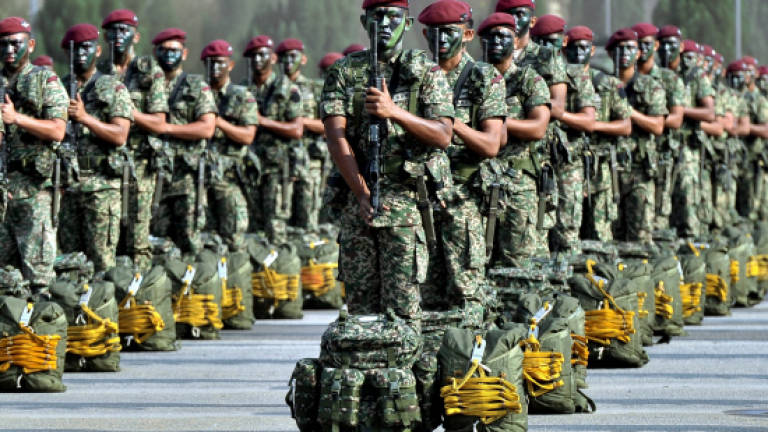 If I am given a chance, I want to turn my life around. I want to live a normal life like other people, with a job and a monthly salary and a place to live.[1]

These are the words of a retired veteran, *Ruslan.

For about 12 years, Ruslan served the country in the army’s military reserve force Taiping and the army camp in Section 16, Shah Alam[1].

His time at the army came to an end when Ruslan was diagnosed with third-stage pneumonia. The collapse of his health was followed by the heartbreaking news that his services were immediately terminated[1].

In an instant, his world changed.

Today, Ruslan is homeless. He calls the streets of Kuala Lumpur his home[1].

I am sad about my situation, but I have accepted it. – Ruslan, Malaysian veteran[1]

More than the joys of scrumptious food and the richness of multiple ethnicities, we take pride in calling ourselves Malaysians for various reasons.

For some, this sense of pride has moved them to serve the nation. They do so by serving in the Malaysian army.

Those serving in the military devote years of sacrifices be it emotionally, mentally or physically. They also spend a big chunk of time away from their families.

Despite giving their very best for the country, 60% of Malaysian veterans who receive monthly pensions are living in poverty[2].

They fall into the ‘poor’ category when they retire. – Sharuddin Omar, Veterans’ Association of Malaysian Armed Forces (PVATM) president[2]

When a Malaysian citizen has served full-time and has not been retired or discharged from service on grounds of misconduct, he or she is a veteran[3].

However, not all veterans receive pensions. To retire with a pension, army officers must have served a minimum of 21 years. Those who served in the Forces also had the option to terminate their service, and those who do so before they reach the 21-year mark will not receive a pension.

As a form of appreciation, those who have served above 12 years will receive a one-off end-of-service remuneration. However, employment as a veteran is not a guarantee as most are bound to a contract.

There are those who served under a contract, which can be either 10, 13, 15 or 18 years of service. If they didn’t extend their contracts to more than 21 years, they won’t get a pension. If they want a pension, they have to keep refreshing their contracts until they have served for at least 21 years. – Datuk Ismail Abidin, President of The Non-Pensionable Malaysian Armed Forces Veterans Association (PVATTBM)[4]

Additionally, they would also rely on government aid.

This is in line with the government’s practice of caring for non-pensionable army veterans (by also) giving them special aid. – Ismail Sabri Yaakob, Prime Minister[5]

The Price of Patriotism

Those who have given their lives to protect and serve the country deserve to be looked after once they retire.

But why is this not the case in Malaysia?

An army officer in Malaysia typically earns about  RM2,430 to RM8,400, depending on their skills and experience. The average salary includes benefits such as housing and transportation[6].

As for Ruslan, his disability pension of RM450 a month is barely enough to survive, especially since he lives in the capital city. He had to choose if paying for a place to lay his head on was truly worth it. Because if he chose the comforts of living, Ruslan would have to live on an empty stomach[1].

I couldn’t afford to pay the rent of RM400. What would I have to eat? – Ruslan, Malaysian veteran[1]

A Lack Of Inclusion Hurts Everyone

When the governing rules don’t apply to all veterans, they end up suffering. For the 2023 budget, the government allocated a budget of RM17.4 billion[7].  However, there was a lack of allocation for veterans and a discount on public transportation.

It was announced that a 50% discount on public transportation would benefit 21,000 army personnel. The discount is applicable only in Kuala Lumpur, Selangor, Pahang, and Penang[7]. What about those living in other states?

The Fight For A Better Life Continues

In June this year, it was reported that over 71,000 members of the Non-Pensionable Malaysian Armed Forces Veterans Association (PVTTBM) are actively appealing for an increase in their monthly aid[8].

As of now, they only received a meagre aid of RM300. There’s a call to increase the aid by an additional RM200[8].

The appeal requires immediate attention as many veterans are living in dire situations.

We often go down to the field to visit these veterans who are mostly aged around 40 and some over 80. We found that most of them are poor, do not own land and houses and also suffer from chronic diseases. – Mohd Rani Hussin, PVTTBM deputy president[8]

It goes without saying that we need to serve our veterans by looking out for their well-being.

Together, we’re able to amplify the voices of our local military to ensure their needs are met.

We also hope that the federal and state governments can donate new homes to veterans who do not own land or houses. – Mohd Rani Hussin, PVTTBM deputy president[8]

The Malaysian government cannot turn a blind eye to those who truly need help. In this case, it’s our very own Malaysian soldiers.