The Lasting Scars Of Child Labour: Stories From The Ground 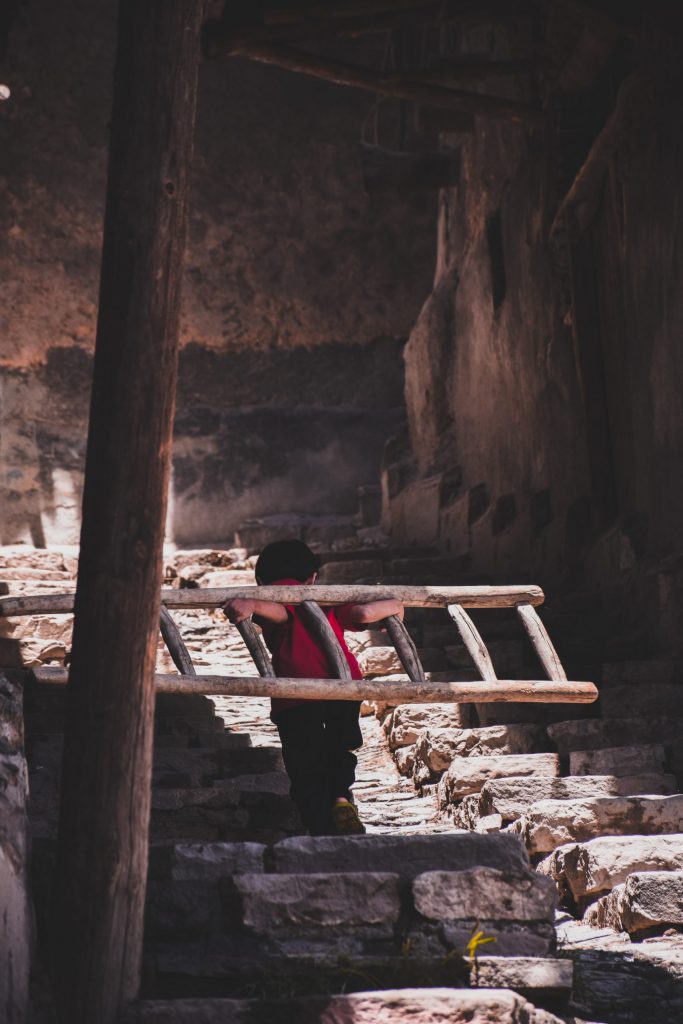 At the age of 12 years old, Mohammed  and his older brother became breadwinners when their father fell ill. Mohammed, a Middle-East refugee dropped out of school consequently and took a dishwashing job at a restaurant[1].  He earned RM20 per day for 12 hour shifts, often dozing off at a nearby mosque after prayers. Yet, he was among the lucky ones that had a boss who woke him up and eventually promoted him to a cashier in due time.

Despite scarce child labor statistics in Malaysia, it is a widespread issue among marginalised communities. Like Mohammed, due to their limited rights, their parents are often unemployed or exploited at work with long hours and pitiful wages.

With the challenging circumstances, children like Mohammed resort to informal employment in restaurants, malls and construction sites. The working conditions are not ideal and at times, children are placed in a harmful situation that could lead them to being injured, harassed or exploited.

Child labourers who work in informal employment like Mohammed, sometimes are required to work longer hours. Longer working hours may have an impact on their growth if they are unable to have adequate rest and this worsens if they are also attending school.

It comes as no surprise when child labourers are often absent from school. The working hours and nature of these job may also affect their diet, as they consume cheaper and less substantial food while at work.

In rural Malaysia children are “brought to work” by their parents in palm oil plantations to pick up loose palm fruits.

The Child Employment Act 1966[4] has ascertained that no child should be exposed to toxic substances, managing machinery or harmful equipment. However, there are likely heavy loads that the labourers might have to carry and sharp equipment laying around at the worksite that puts children and young workers at risk.

We can only assume the best for these child labourers in Malaysia as there are no publicly known reports of children being used to handle harmful substances with no protective equipment in a palm oil plantation.

According to a Hong-Kong based anti-trafficking group, Liberty Shared – the plantation manager and workmen of the largest palm oil corporation in Malaysia used children of local plantation workers “to place rat poison at the foot of the palm oil trees”[5].

With changing management and policies, the working conditions and welfare of children living in local plantations remain uncertain.

The new manager did not approve of this practice and it was stopped. However, that manager has now left and workers fear that their children will again be used for poison placement or some other such purpose. – Anecdotes of plantation worker in Malaysia[5]

The intention of some parents who encouraged their children to work at a young age may also backfire as children may also model adult behaviours and mature too early. This opens up further possibilities that a child may be inclined to be involved in social ills such as drug abuse, violence and aggression. Most child labourers are reportedly growing up on the streets left to fend themselves without much adult supervision [5].

According to research findings by Nik Mahmod, Che Mohd Salleh, Ali Muhammad and Azizah Mohd (2016),  more than half of the working children (63%) have been emotionally abused. They have been threatened, despised and insulted by their employers. The inadequacy of the children at the workplace resulted in employers retaliating through callous words rather than providing them with proper guidance. 27% of them have also been physically abused, including being pushed and beaten, as well as manhandled[6].

In the instance of street beggars, Syed Azmi, a social activist in his attempt to uncover the culprit, found that children were being physically abused when the syndicate organiser sniffed out their escape plan.

“Kalau awak buat macam ni lagi, saya pukul budak tu teruk, saya cari awak dan rumah awak sekali, paham?!” (Translation: ”If you do this again, I will beat the kid up real badly, and I will find you and your house, understand?!”)

At least 10% have been sexually abused at their workplace either molested, threatened sexually and worse, raped[6].  The abuses in the form of harsh words, bruises or sexual moves have robbed the innocence of these young children.

Even so, it is disconcerting that the enforcement and monitoring of child labour appear limited. According to the  Department of Statistics of Malaysia (DOSM)  7,946 workplaces were inspected in 2014 and 5,162 in June 2015, however, no cases involving children were reported[8]. And, in the cases of street beggars, often the organised crime slips through the cracks when with insider tip offs[7].

Exploited By The System

One of the persisting perpetrators of child labour is the greed of those who see profits at the cost of long-term harm to the children. Some see this as an opportunity to maximise their gain by hiring low-cost labour. Children who are desperate to support their families are often paid cheaply, especially since they have little to no bargaining power.  In the eyes of adults who should have known better, children are easier to manipulate, partly due to their inexperience and immaturity[2,6].

The undocumented status of children mostly in East Malaysia, adds to this. In 2014, a 12-year-old girl, Alminda binti Jalimin who had been working as a caddy since she was 10 years old, died[9]. None took notice that a 12-year-old was supposed to be in a classroom by law. Because Alminda was poor and had no legal identity, she was viewed only as a pendatang asing (migrant) rather than a child exploited by the system [10].

A child has been working as a golf caddy since she was 10 years old, and has died as a direct result of this work at the age of 12. However, rather than choosing to investigate why a child has been working at such a young age in a country that prides itself on its economic and educational development, the newspaper focuses on her apparent lack of identity documents. – Professor Catherine Allerton,  specialist in anthropology on the islands of Southeast Asia[10].

Some children left school after finding it hard to cope with studying, trading off education with labour. This was true with Wati, a 14-year-old daughter of an Indonesian migrant. She left the Indonesian learning centre in Sabah where she was studying after scoring badly on a class test. She felt released from the feeling of failure by working in a carwash and with her aunt in a market stall. Wati is resolute and would not return to school and found that working provided her with independence [10].

A story that Cikgu Nakiah from Terengganu is familiar with is the sparse attendance of one of her students. A Form 5 student of hers rarely attends his classes having to work part-time to support his family, yet he was committed to his studies with the help of his teacher[11]. With the stories of Alminda, Wati and Cikgu Nakiah’s student, it is not merely an access to education that would solve the problem, the solution to the matter is more complex.

No News Is Good News

The child labour issue in Malaysia follows the adage “no news is good news”, and those who consume national media may not even be privy to it. In addition, if it trickles to news headlines, the issue is often contained and a statement of denial is in place. It comes as no surprise, that the link between child labour and child trafficking in Malaysia is highlighted by foreign media.

In 2021, Malaysia fell to Tier 3, the lowest ranking on the Trafficking in Persons (TIP) report put forth by the US State Department [12].  Reportedly from April 2020 to March 2021, the government identified and confirmed 119 trafficking victims with 72 adult women and 47 were men or children [12]. The report, however, did not state whether the children were involved in child labour, and in addition, the numbers are those who are documented. Yet the number is unknown for those who are undocumented especially coming from rat-roads in East Malaysia.

The demand for sex drives child sex trafficking globally while poverty, domestic violence and abuse, discrimination and the desire for a better life makes children vulnerable. Children are especially vulnerable to being trafficked because they are often uneducated, easy to overpower and easy to convince. Children may also be in a position where they feel they must help to support their families and may be sold or sent abroad by family members to do so. – ECPAT International, 2016 report[13]

The Malaysian government reported that there are instances of child sex trafficking and children are vulnerable to online sexual exploitation. With no figures provided, the children who are prone to be exploited are the Malaysian orphans and children from refugee communities in forced begging[12].

Street children, children in refugee camps, children whose family and community life have been disrupted and do not have someone to look out for them are all especially vulnerable to human trafficking. – ECPAT International, 2016 report[13]

Children like Mohammed, Wati, Alminda who died too soon, and children working in informal employment are invisible to many due to their lack of status. There are organisations out there such as Tenaganita, Etania Schools, Yayasan Chow Kit,  SUKA Society despite the retaliation of the authorities tirelessly improving the future of these children. Support them in any means you can to uplift the children and to eradicate the need for a child to work at an age where they should be with their friends at the playground.