The Impact Of Poverty On Women’s Health 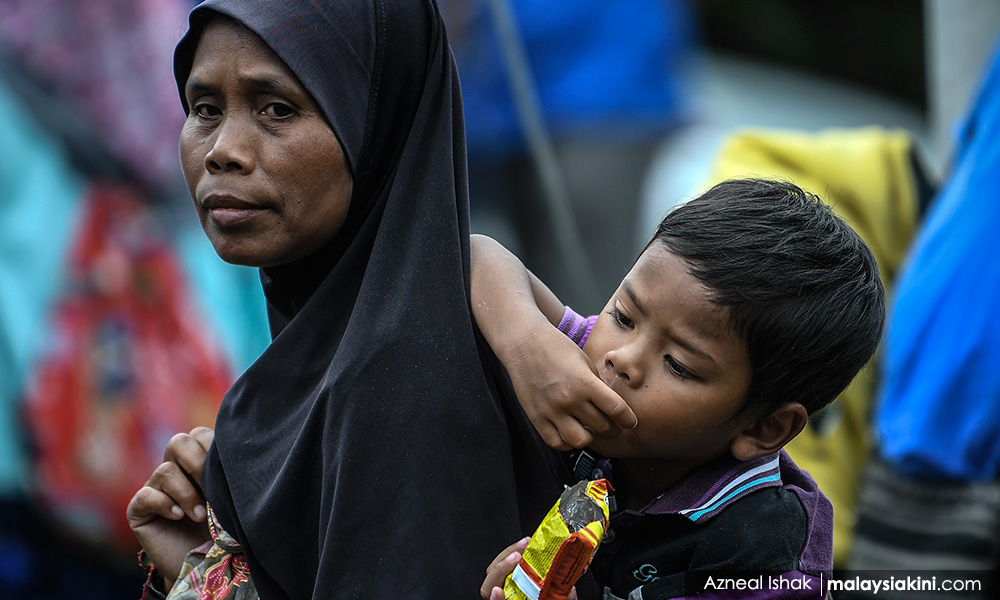 Poverty and healthcare go hand in hand. Poverty increases the risk of diseases and puts poor households at a disadvantage of climbing the economic ladder.

While it is clear that both men and women suffer in poverty, women tend to be on the losing end.

The United Nations says that women have fewer resources to cope if they fall sick. Women are also likely to be the last to eat, the ones least likely to access healthcare, and routinely trapped in time-consuming, unpaid domestic tasks[1]. – UN Women

It is not surprising that poor people suffer from more health problems and receive a lower quality of health care than their rich counterparts.

In households where the female is the main breadwinner for the family, they are subject to lower wages, fewer educational opportunities, substandard health care, and a lack of employee protections and benefits such as paid maternity leave and childcare. This alone makes it fundamentally difficult to break out of poverty.

These health trends among women are reflected in Malaysia’s population. Women in low-income families have to choose between earning a salary and taking care of their family. For example, young women who just got married and find themselves pregnant quickly have a hard time securing or keeping a job.

Day jobs do not provide paid maternity leave and for the woman to return to work, she would require help to care for her baby. Daycare services are almost non-existent for day job workers and it may be too expensive for those who are just starting out their career[3].

It is found that when a household suffers financially and there are cutbacks in terms of food quantity, the food intake for women tends to decrease first. This is generally due to the nature of women ensuring others are prioritised when eating.

Traditionally speaking, women are in charge of the family’s grocery list. As a result, the food choices that women make for their families have a direct impact on theirs and their family’s health.

Malaysia’s B40 community spends a little over 24% of their monthly income on food, that’s approximately RM600 per household. It works out to RM20 per day, per household[4].

Families with a limited budget are more likely to opt for food choices that are cheaper, rather than the healthier. Oftentimes, these food choices are in the form of foods with high in calorie and high fat count and less on other nutritional benefits resulting in nutritional deficiencies.

Food choices based on budget can look something like this – choosing rice over pasta, eggs over meat, indulging in canned and processed foods and instant noodles and little or no fruits. These choices are made because it is cheaper, items have a longer shelf life and higher calorie count, prolonging the feeling of fullness.

However, these habits have their downfalls in the long run. The majority of processed food products like canned food and instant noodles have a high in sodium, salt content and low levels of nutrients, proteins, and fibres. Over time, excessive intake of these kinds of foods will take a toll on the body.

The National Health and Morbidity (NHMS) 2019 report showed that Malaysian women are much more likely to have higher cholesterol levels and more likely to be overweight or obese compared to their male counterparts[5].

Over time, if not controlled, these health issues can have long term health consequences that require high-cost medical treatments. These habits seem consistent throughout the country.

Women in lower-income households have a higher prevalence of being overweight or obese[6].

Unhealthy diets that are high in carbohydrates and fat but lacking in nutrition results in micronutrient deficiencies specifically in iodine, iron, vitamin A and Zinc. In most cases, these women are anaemic as a result of iron deficiency which brings serious health consequences and could even lead to heart failure.

A female that is anaemic has an increased risk of miscarriage and premature delivery[2]. Due to the lack of oxygen in the mother’s body, the baby’s birth weight may be affected and ultimately lead to stunted growth in the new-born. This trend is prevalent among the lower-income groups.

According to a Unicef report on urban poor families, 1 in 5 children in Malaysia suffer from stunting[7]. Those living in B40 households are twice as likely to have a child with stunted growth[8].

It is internationally recognised that women are more prone to mental disorders, accidents, STDs, suicidal thoughts, eating disorders, smoking, substance abuse, prescription drugs, and physical inactivity. Women tend to hold themselves at a lower self-image with questions of “never being good enough”[9].

It is true that in Malaysia, the number of committed suicides were more frequent in men than women, however, suicidal attempts and instances of self-harm are higher among the women[9]. It is simply the fact the numbers do not show that many women failed their suicidal attempts.

About half a million Malaysians have been diagnosed with depression, among other mental disorders. Of that number, women in rural areas and those from low-income groups are at higher risk of mental illness[5].

These cases included symptoms of loss of interest and enjoyment, reduced concentration, disturbed sleep, and appetite, as well as ideas of self – harm[5].

Women May Live Longer, But They May Also Suffer More

Despite all the health risks stacked against women, surprisingly, they have a lower mortality rate compared to men at any age group.

Globally, women are ultimately more vulnerable to health risks. They face a different set of potential diseases, illnesses, and injuries related to their reproductive systems. They are subject to heart problems because of their environmental surroundings, and nutritional habits. They are also unreported victims of mental disorders.

However, alongside this vulnerability, women are gifted with longevity. Women from low-income families may not be able to take advantage of this gift due to life circumstances.

Taking on the responsibilities of being a good daughter, wife, mother and breadwinner is no walk in the park, especially when you are trapped in poverty.