The Dark Side Of Urban Poverty 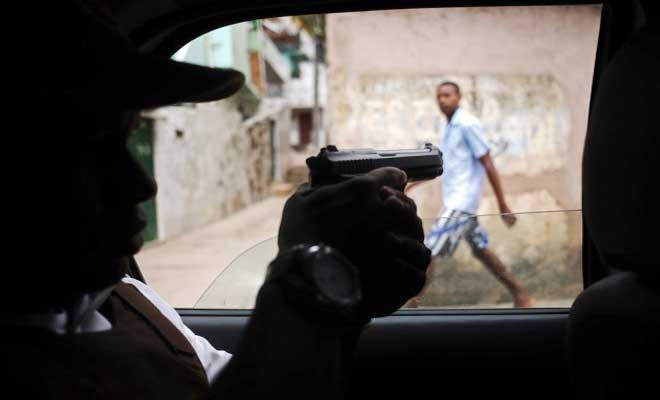 Watching movies such as ‘KL Gangster’ and ‘Abang Long Fadil’ growing up allowed many of us to take a look at the luxuries that come hand in hand with unethical practises in the city. Sex, drugs, alcohol are common gangster activities that we all know are bad, yet these drastic lifestyle measures can quickly become the golden ticket to an easy life, for those suffering in urban poverty.

With rapid development, the cities of Malaysia are incorporated into everyone’s lives, regardless of the length of time that has passed. There is a constant need for jobs and financial aid that the city just can’t provide. Competition is fierce, especially for those that are underqualified. So what happens to those that don’t make it?

Truth be told, the livelihoods of those living in low-cost flats should not be romanticized. Individuals working more than one job should not be seen as normal. Cutting out meals to just get by, postponing bills and rent payments are severe problems that need to be properly dealt with. Since the city cannot provide, many are forced to undertake unethical and possibly illegal acts to make ends meet.

Malaysia’s sex industry is easy money for all those willing to commit. When one is desperate enough, they may find themselves wandering down the red-lit roads, to make hourly profits. As a result of unstandardised laws between different states and districts, enforcement is not easy to achieve.

This makes the sex industry “open” for all those interested. The numbers are telling of the problem at hand.

What’s Forcing Girls To Sell Themselves?

Factors of the rising demands of sex workers in this country can be related to victims being trapped in poverty and low income. Others face unemployment and gender biases for extensive periods. Being unable to provide for their families takes a toll on these heads of households[2].

A study revealed that single mothers and young girls are most vulnerable to fall into this line of work. They are susceptible due to health problems and low education level. Therefore, they struggle to find employment and work with small earnings. One woman admitted to having earned money by prostituting herself to support the needs of her children[3].

The boys and men in urban poverty are also vulnerable to various social problems. For those who drop out of school and fail to find employment, they end up loitering the streets and attract bad company. It doesn’t take long for boys to be influenced and drawn into various vices.

Contrary to popular belief substances such as drugs and alcohol is not as expensive nor difficult to obtain, and not all of them are against the law. It is relatively cheap if someone wants a quick escape from reality and experience a momentary high.

Various substances can create a “high” such as Gam Dunlop or Gam Kasut can be bought at RM5 per tin[6].  Daun Ketum is another popular option, as a bunch of leaves only costs RM2.65. Liquors such as Taisong are selling at RM2.

Being young and strong, it is a common male trait to experiment with different scenarios. Few weigh out the consequences of experimenting, and even fewer can escape addiction.  There are users as young as 7 years old[6].

Unfortunately, addictions are only the start of the downward spiral. Studies have shown that people stuck in addictions have a higher tendency to display physical or sexual abuse on others and engage in other criminal activities.

Cities are a hotbed for criminal activities, from theft, gang violence, drug smuggling, murder, abuse and the illegal sex trade. Crime rate appears to be notably higher in poorer urban neighbourhoods where population density is higher, living conditions are poorer and unemployment rates are higher[7].

Poverty is also caused by a refusal on the part of individuals to take responsibility for their own economic well being. In urban settings, the situation of youth is considered problematic, because of how easily influenced they may be to participate in these negative acts. Before you know it, what once was a small issue, becomes a national problem.

Many authorities believe that poverty is a significant factor for all these social ills. It does not mean that the rich do not commit any crimes, however, the urban poor is plagued by a flurry of forces that make them less resistant to performing these vices. Broken families, poor job prospects, high cost of living, poor living environments and bad company, limited education opportunities are all part of the urban poverty story.

In order to change the landscape and perception of the urban poor, we need to save the next generation by educating, raising awareness and providing them with easy to access opportunities to make a living, find dignity, value and identity and craft a new future altogether.

Disclaimer: The article above is not an opinion piece – instead it seeks to illustrate the data that is presented. The social ills mentioned are not intended to stigmatise or label those who are involved. However, we acknowledge that no one is above the law hence activities mentioned above, such as prostitution is not only a social ill, but is also illegal under Section 372 of the Penal Code. The same is with drug abuse. We hope that in bringing these matters to light, together as a society, we will be able to empathise and help those in need.