Tackling Child Marriage Among The Natives In Sabah 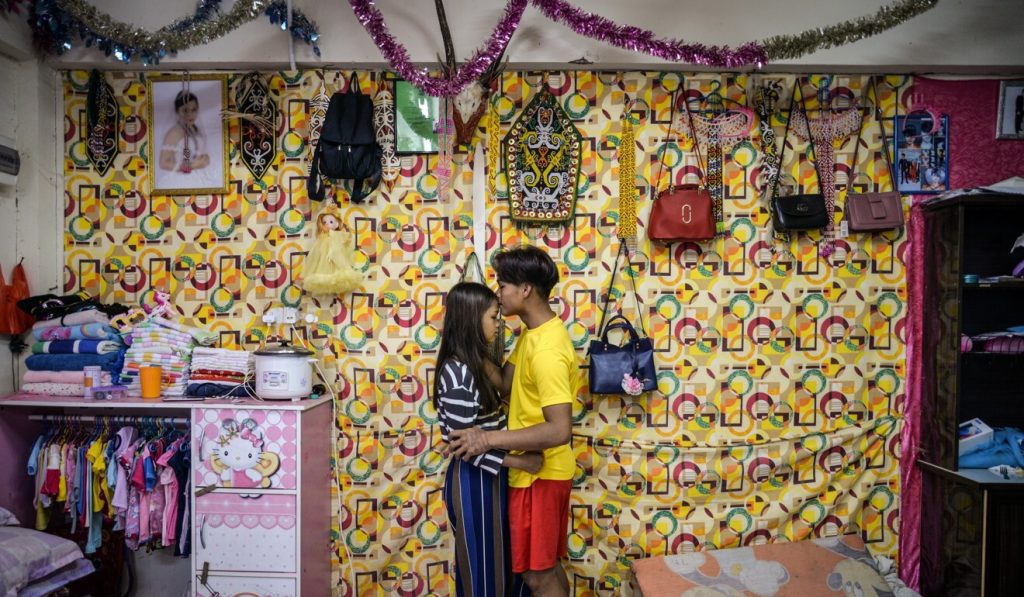 Child marriages have negative impacts. It doesn’t take a scientist or a scholar to tell you that. The thought of a young child getting married before 18 years old is unthinkable and foolish. Yet, for some, they are driven by deep rooted cultural practices, religion, poverty, fear and shame.

Young brides are economically dependent on often older husbands stripping them of freedom and their voice, pregnancies among young girls increase the risk of maternal and child mortality and young children who are married early often dropout of school limiting their opportunity to progress in the future.

According to Sarah Norton-Staal, Director of Child Safety at UNICEF Philippines, child marriages are on the decline globally, however Malaysia’s numbers show quite the opposite.

With the increase in numbers, the government together with relevant NGOs are working to bring strategic and societal changes to combat this problem. The Ministry of Women, Family and Community Development unveiled the Five Year National Strategy Plan for Managing Child Marriages in January 2020[2], while Sabah’s state government established a State Action Plan to end child marriages in 2019[3].

Zoning in On Sabah’s Case Of Child Marriages

Throughout the years, there have been a total of 14,999 recorded child marriages throughout Malaysia. The states of Sabah, Sarawak and Kelantan were the top runners in the continuation of this practice, with hundreds of applications from each of them[4].

Not Just A News Article, But A Real Issue

A story from 2013 had previously provoked national outrage when a 40-year-old Malaysian man who charged with raping a 13-year-old girl before marrying her under sharia law in Sabah[5]. The perpetrator knew the girl for 6 months before raping her in his car and then took her in as his second wife.

The guilty party refused to see the error in his ways as the rape victim was taken as his ‘responsibility by a mutual agreement.

There are many cases of men marrying underage girls, I  do not see why my case should be any different. – Riduan Masmud, the 40-year-old who raped and wed a 13-year-old girl[5].

Masmud was later convicted and sentenced to a 12-year jail term. The girl (as of 2021) is now 20 years old and is living with her parents in Kota Kinabalu. She is, however, still married to Masmud who is currently still serving his sentence[6].

The Reasons Children In Sabah Are More Vulnerable

One of the key stakeholders that are looking into this issue in Sabah is PACOS Trust. The founder and executive director, Anne Lasimbang shared findings of research entitled ‘Marriage Below 18 Years Old Among Indigenous People In 5 Districts Of Sabah’[7].

From these findings, it is learned that poverty and low household income is one of the main drivers of child marriages in Sabah. Education or the lack thereof perpetuates this problem and children who are married off early often become underage parents with little resources and the heavy responsibility of caring for their family.

The causes of child marriage are further confirmed in the Five Year National Strategy Plan in Handling the Causes of Child Marriage. In that report it states the following as main factors:

With the majority of these issues being directly or indirectly related to poverty standards, it is no surprise that Sabah’s number of child marriages are very high.

Under civil law, the minimum age of marriage for boys and girls is 18 years old. However, a girl who has reached the age of 16 may get married upon obtaining a licence granted in the exercise of discretionary power by the Chief Minister. Additionally, anyone below 21 years old is required to obtain either one of their parent’s written consent.

To date, only Selangor has raised the minimum legal age for Muslims to marry at 18 years old. For Sabah to follow in the same direction is a major milestone in protecting the future of children[10].

Collective Effort To Safeguard Our Children

Combating child marriage is no one day job. It involves a change of mindsets, social norms and traditions that have been passed on for generations, as well as addressing poverty on both regional and national levels.

Particularly in Sabah, the need to educate children of their rights and sexual education is of utmost importance. The Sabah Women’s Action Resource Group president Winnie Yee said that in order to combat this issue, we need to raise awareness among children and rural communities in hopes that mindsets will change.

In a state where cultural and tradition runs deep, marriage at a young age is common. Some children are even wed at 14 years old.

They don’t see it as a problem because it’s so normalised, many generations have been practising the same thing. For them, it is just the way it is. Many of them do not have access to kindergartens or playschools, so when they go straight to standard one, they don’t even know how to hold a pencil, let alone count. These kids are left behind and struggle in school. This encourages many girls to drop out of school, after which they are pressured to be married off once they reach puberty.[10] – Winnie Yee, Sabah Women’s Action Resource Group

When it comes to addressing the issues of child marriages, both nonprofit and governmental organisations, throughout the nation are handling the issue with caution. The presence of key stakeholders is required. Policymakers, elected leaders, judicial officers, civil society groups and other representatives of the Sabahan community are among the important stakeholders[11].

Change has to take place on a myriad of levels in society and the best interests of children must be the motivating factor to garner support and push for reform on all fronts.

Childhood is a right, not a privilege.[1] – Tan Ejin, Advocacy Champion at the World Association of Girl Guides and Girl Scouts (WAGGGS)