Suthan Mookaiah : Lighting The Way For B40s Via BeliGas, A Social Enterprise 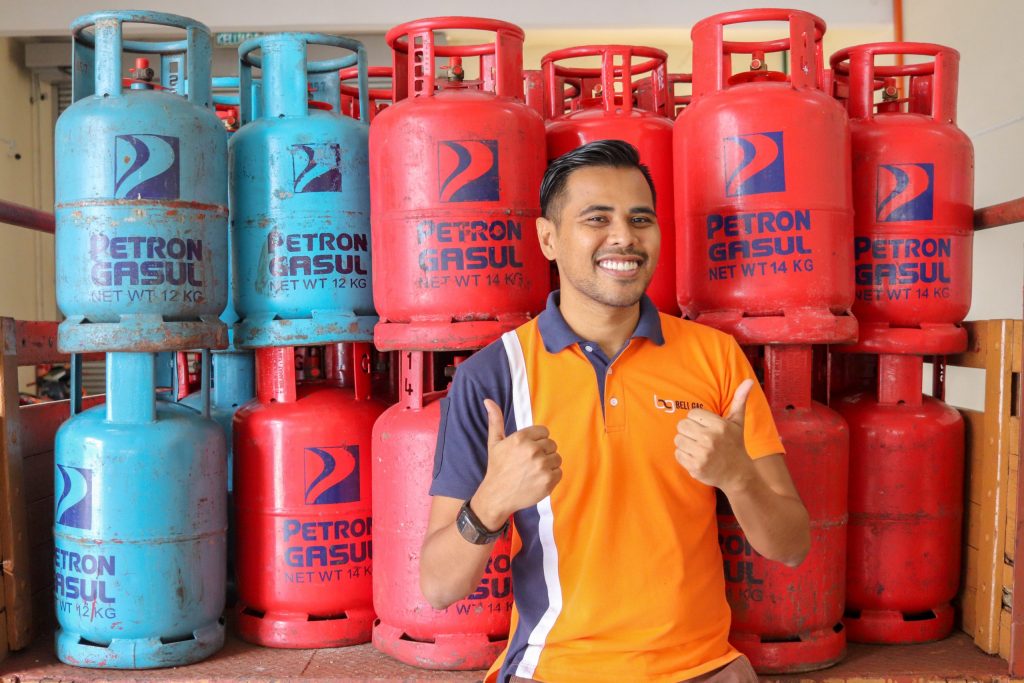 In the spirit of Deepavali, the festival of light, we talked to Suthan Mookaiah, 35 years old; a literal beacon of light to households in Malaysia via BeliGas, an award winning social enterprise he founded – and on a personal front Suthan also brings light to B40 communities and reformed convicts.

Suthan hailed from a rough beginning in West Country, Kajang which he coined as an “urban slum” and “local ghetto.” His father worked as a grass cutter and his mom was a factory worker. Suthan grew up in a neighbourhood where crimes were rampant, including drug abuse /robberies/gangsterism. His parents were well aware of the potential impacts of growing up in such an environment and they sought to protect the family by sheltering them and focusing them on education.

The good thing my parents did was that they were really sheltering us by keeping us at home. We are not allowed to mingle, not allowed to talk or play with the neighborhood kids. We were only allowed to open our books and study.

The result of his parents’ interference was rewarded as all three of his siblings successfully entered and completed tertiary studies. Despite growing up in less favourable environments, Suthan was a cut above the rest and he paved a different path for himself.

Our tuition fees were covered but unfortunately we could not afford the daily travel costs and makan fees. I got the scholarship but I could not really use it, so I had to drop out.

And on the second instance, the same scholarship awarded him a spot in Life College, an up and coming local college at that time. This time he accepted the scholarship but as soon as he did, he realised that what was taught in class was already something he innately knew or had learned from past work experiences.

I realised I was actually much more well-informed about the subject than my lecturer was at that time. I was getting 4.0 GPA and I realised that I actually may not need a diploma or a degree. So, this time I withdrew from this.

A self-motivated learner, Suthan did not stay idle after dropping out of college. He took up courses on coding and programming to stay ahead of the curve. Soon after, he started doing his content website and selling & marketing at the dawn of the internet era and by the age of 21, he made his first million[1].

After 9 years serving as its Regional Business Development Manager and local Managing Director, the company announced their decision to depart the SEA market during the Covid pandemic leaving him and his team jobless[2].

Initially it was just me, then I learned about company building – and slowly after that I started building a team. Step by step, success started unravelling.

Offering Second Chances To People Who Need It Most

BeliGas is just another example of Suthan’s ability to continuously overcome the odds. The enterprise was initiated during the pandemic after Suthan lost his job. BeliGas came about when the chef at his restaurant was running out of gas. He was struck by the nonchalance of gas distributors during their moments of need. After doing some digging on the LPG industry, he noticed that consumers had been paying a steep price for a cooking gas [2].

With this in mind, BeliGas rewards consumers to recycle their used cooking oil to offset cheaper LPG cooking gas prices for the community. For BeliGas consumers, their monthly cost of cooking oil becomes free, while their LPG can be as cheap as RM0.60, reducing substantially from the market price of these basic essential goods[3].

This used cooking oil that is collected is in turn upcycled into sustainable biodiesel fuels that can be used for trucks and vehicles. This is their impact program to reduce water pollution and to help reverse the global climate crisis[4].

Customers can also redeem free planting seeds, such as vegetables, fruit, flowers, which Suthan hopes are then planted in local townships, and community areas to spur regreening of the areas.

Not only that, but BeliGas also functions as a social enterprise that provides second chances to B40s, especially those from marginalised communities such as ex-convicts & deaf, mute & many others.

Growing up in a dilapidated neighbourhood, he witnessed first-hand the plight of poor families with no help or support. Having escaped the poverty cycle, Suthan was determined to make his business ventures benefit those in need.

Currently, BeliGas has nearly 80 staff mostly from the B40 community and more than 20 of its employees are ex-convicts. Beligas has expanded exponentially since its inception starting with two warehouses and an additional two more to come. They also plan on expanding their reach beyond Klang Valley to Johor and Penang as well.

I’m in a better position right now and I see that if I can just support them, or give them help in their times of need – we can make sure that they are not part of the statistics. They don’t drop off the radar. That is key to me.”

Unspoken Challenges Of Helping The Needy

But his journey of helping the community had not been easy. Sometimes the hired ex-convicts would encounter relapses in addictions and some of his employees return to their original circumstances. Despite the drawbacks, he attempts to help them in any capacity possible, as he recognised that money isn’t just the solution to bring people out of poverty. Each of the individuals has their intrinsic packages and BeliGas plan to tackle the psychological factors involved among their members of staff.

We try to support them, but if we can’t do anything – we have no choice but to let them go because the safety of our consumers are also very important.

With that experience, the hiring process has also become more stringent and BeliGas is in partnership with Kajang Prison (Penjara Kajang) to better screen future employees. He, however, is driven to unearth the rare gems out there who require a second chance and is determined to change the trajectory of their lives.

People who need help are there every single day and they consist of the regular and rare ones. We keep the rare ones; those who take in help and make something out of it. They are also determined to sort themselves out.

Hold the torch for others

No man is alone in this world. You can help people and people can help you, and there’s nothing wrong with that.”

The winner of the Top 100 Malaysia Influential Young Entrepreneurs 2020 Award[5] keeps the faith that hope is always there even in the bleakest of times.

We are never alone in this world and we could be the beacon of help to someone around us or benefit from the helping hand of another.

Be a beacon of light, beacon of hope for somebody. If you can’t and need some help – ask for help, that’s fine.

In the past, he was a college dropout, but the tables have turned and today Suthan is an Adjunct Associate Professor at Taylor’s University Malaysia. His story illustrated that rough beginnings did not stop him from moving forward in his life. His perseverance and social enterprise had not only rekindled the fire in many poor households –  it had also sparked a new beginning to the lives of many who strayed from the course.