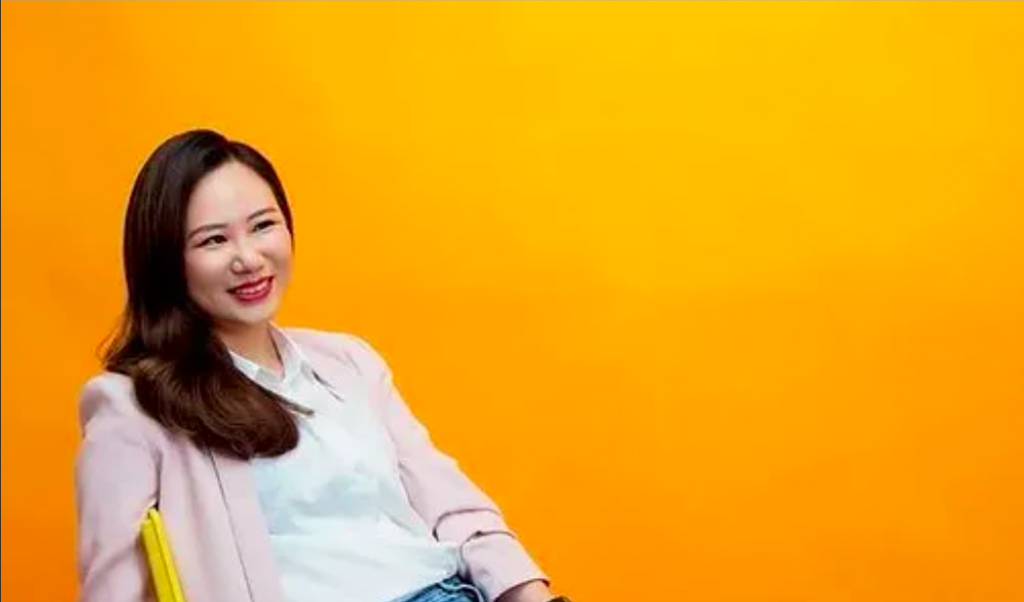 Never in her wildest dream did Melissa Ngiam imagine she would be working in the impact space. A chartered accountant previously, her involvement in the impact space was initiated by her volunteering stint with Yayasan Generasi Gemilang. Not long after volunteering, Melissa was offered a full-time role at the organisation – an opportunity she had to wrestle with[1].

Melissa had always thought of social work as a side gig or something she would pursue after retirement, but Yayasan Generasi Gemilang’s vision to provide quality education to underprivileged communities tugged at her heart. She experienced a defining moment in an encounter with a 15-year-old girl who was nearly illiterate. That sealed the deal for her.

Being a leader, she recognises that she has a lot to learn especially in leading the younger generation.

I still have a lot to learn and unfortunately will make some inevitable mistakes along the way. I try to be honest with my teams on how I learn and grow. – Melissa Ngiam, CEO, Yayasan Generasi Gemilang[3]

Melissa is inspired by her predecessor at Yayasan Generasi Gemilang, Noelle Tan when it comes to leading by example. Being a woman in the impact space, she admits that there are more women leaders in the industry. The involvement of women from various layers of society is nothing short of inspiring.

We have seen the courage and tenacity of various women in this field to make changes happen, against great odds. Not just for each other but for people groups who are overlooked or disadvantaged. It constantly inspires me to see women as social workers with that unrelenting spirit overcoming tremendous obstacles to achieve social justice – Melissa Ngiam, CEO, Yayasan Generasi Gemilang

But, sometimes, this could lead to singular perspectives when working with children and families. Melissa considers that it is also necessary to have different and balanced perspectives for the betterment of the community.

The industry can arguably be a women-dominated space and like any other space or industry where the majority comprises a singular or similar type of population, there is a risk of having singular perspectives when working with others. So, it’s also important for us women to actively seek balanced perspectives when we work with children and families. – Melissa Ngiam, CEO, Yayasan Generasi Gemilang

Melissa is optimistic that more youth, regardless of their gender, would enter the impact industry.  The baton of eradicating inequalities will never be short of its successors.

I hope to see more young people, men and women, use their skills to improve the inequalities that exist around us. To see the next generation of Malaysians who can find ways, be it in their career or in their personal lives, to help vulnerable communities so that in the long run, their livelihoods can be improved. – Melissa Ngiam, CEO, Yayasan Generasi Gemilang

This is a change that is currently noticeable as there is an increasing number of youth participating in the impact industry and finding new ways to assist vulnerable communities.

However, we are also seeing great things growing with more young people entering the industry. Jobs in the impact space are seen as a rewarding career option and they are bringing a lot of talent into the space to improve services to those in need. – Melissa Ngiam, CEO, Yayasan Generasi Gemilang

Over the years, Yayasan Generasi Gemilang has impacted many families and children. The legacy of the organisation is a huge motivating factor. To Melissa, small wins are worth celebrating amidst the big picture and huge goals on the horizon – they are after all lives transformed, slowly but surely.

Seeing that our work makes a difference to someone else. While many of us dream of changing the world in big ways, what I have found deeply motivating are the small wins we experience with individual people along the way. The smiles of children or the simple but heart-felt ‘Thank You’s’ from parents who were in desperate situations. – Melissa Ngiam, CEO, Yayasan Generasi Gemilang

Anyone in the impact industry will understand that a career in this space requires perseverance, determination and endurance. Success often is not immediate and the measure is not only in numbers alone. The end goal for Melissa is to witness greater transformative changes in the communities she serves.