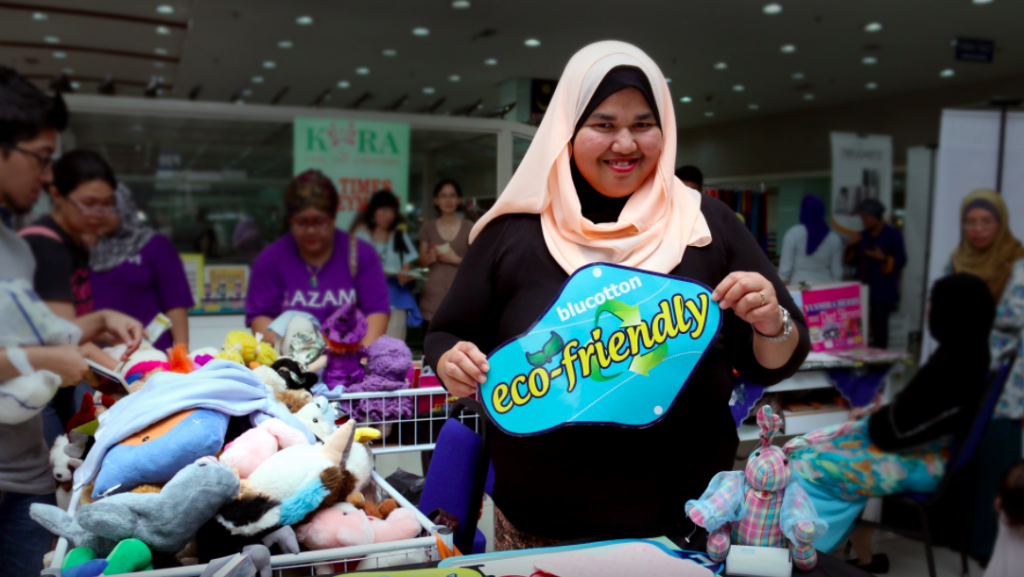 Anja Juliah has always had a passion for entrepreneurship since a young age. In 2006, she discovered a thread by an American housewife who had innovated washable sanitary pads made from old t-shirts that had just hit puberty. A novel innovation that left Anja inspired, she took strides in researching the product for the next nine months. She eventually produced washable sanitary products for the Malaysian market[1].

But, the turning point for Anja was learning that menstruation became a hindrance to the girls from gaining an education. The girls skipped school at least five days a month due to menstruation. Some even dropped out of school entirely because of the inability to keep up. As a former college dropout, Anja empathised with these girls.

When I returned home from Sabah, I did some research and I was shocked when I found out that 15,000 Malaysian girls miss approximately 60 days of school a year due to period poverty. Some of them even drop out of school at 14 or 15 because they don’t have the necessary sanitary products to manage their period and they get made fun of when their clothes get stained. – Anja Juliah Abu Bakar, founder of Athena Empowers[2]

She donated sanitary products to 33 girls from the affected areas in Sabah for Christmas one year. But she didn’t feel that it was adequate[1].

I was once a college dropout and I understand how it feels. But at least I managed to finish high school, which gave me the necessary knowledge to be independent and resourceful. They didn’t have that chance. – Anja Juliah Abu Bakar, founder of Athena Empowers[1]

Quitting her job in an oil and gas company, Anja founded Athena Empowers first set up to tackle the issue of period poverty. Together with her friends, Hasnur and Fazlina, Athena Empowers educates girls in puberty and period management. The social enterprise also sells a range of environmentally-friendly, reusable feminine products and a portion of the profits help to sponsor girls through education.

Her efforts earned her a spot amongst other 17 leaders to be part of the  Women’s Global Development and Prosperity (W-GDP) initiative invited to the White House in September 2019[2].

Empowerment is such a heavy word. We need to walk the talk and be more than that. But I believe if I can get even one girl to stay in school and graduate, it’ll be a huge achievement. After all, education and knowledge are the biggest weapon and empowerment tools anyone can ever have. – Anja Juliah Abu Bakar, founder of Athena Empowers[1]