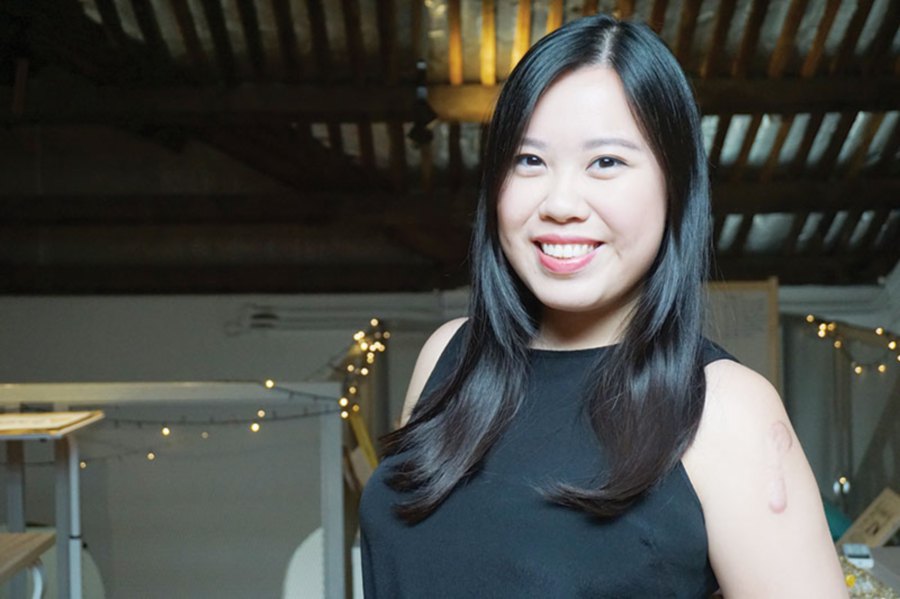 When she was young, Amelia thought the way to make meaningful changes in the world was by having plenty of money, so she pursued a career in investment banking for four years. However, it didn’t come with the desired effect. She was burned out by 27 and decided to quit her job. What followed her was a string of travel adventures to recover from it[1].

She returned from her travels and joined Teach For Malaysia (TFM) as a fundraiser. The gathering of equally passionate and driven individuals to create positive change was the switch that she needed. Soon, she embarked on a course organised by MaGIC Accelerator Programme for Social Enterprises with nothing but an idea on paper[1].

Being involved with TFM, she recognised that it was difficult for the educators to provide the best learning experience due to the lack of funds. Noticing this, four months later, she founded the 100% Project, a crowdfunding platform to assist teachers in fundraising for better resources to improve the classroom experience.

When the 100% Project was initiated back in 2015, crowdfunding was a relatively new concept, especially in the education landscape. The novelty of it proved to be an advantage.

One of Amelia’s favourite funding projects on the platform was Cikgu Nik’s. He is a primary school teacher on the remote Pulau Bum Bum. On his first day of school, there were no tables, chairs, equipment and no students to teach. He was tasked to teach a remedial class that he rebranded as “Akademi IQ”, and people near and far contributed to his project. Within two weeks, Cikgu Nik via 100% Project was able to fundraise RM8,347 to purchase necessary items[2].

Amelia observed that the impact space is predominantly led by females. This owes to the theory that this field requires a lot of heart and is predominantly human-centric – something that women may be more inclined towards. The inclination however comes with its advantages and disadvantages, being more intuitive, empathetic and nurturing are crucial skill sets in people-centric roles that include nation-building and developing human potential.

I believe women are naturally more nurturing which is a skill set that is needed in nation-building and developing human potential. It is also more common for women to be intuitive and empathetic which are also skills that are incredibly beneficial when working in people-centric roles. – Amelia Tan, founder of 100% Project

Even so, being a woman in this day and age is a challenge in any space, whether it is in the impact industry or otherwise. The strengths of women are sometimes considered as a weakness in a profit-centric and competitive environment. But Amelia hopes that as the world moves towards a more global good perspective, the negative perception would also shift.

It will be a long drawn change to witness, but Amelia is certain that education is the key to change and if every person has access to an excellent education rooted in human and planet-centric values, it would be a wonderful world.

I want to see humankind reach its fullest potential and that requires every child to fulfil his or her God-given potential. The preservation of our planet also requires humankind to step up and break the status quo of how things are done. This is not the job of one person but a collective of individuals tapping into their strengths and talents to innovate new solutions for our people and planet.– Amelia Tan, founder of 100% Project