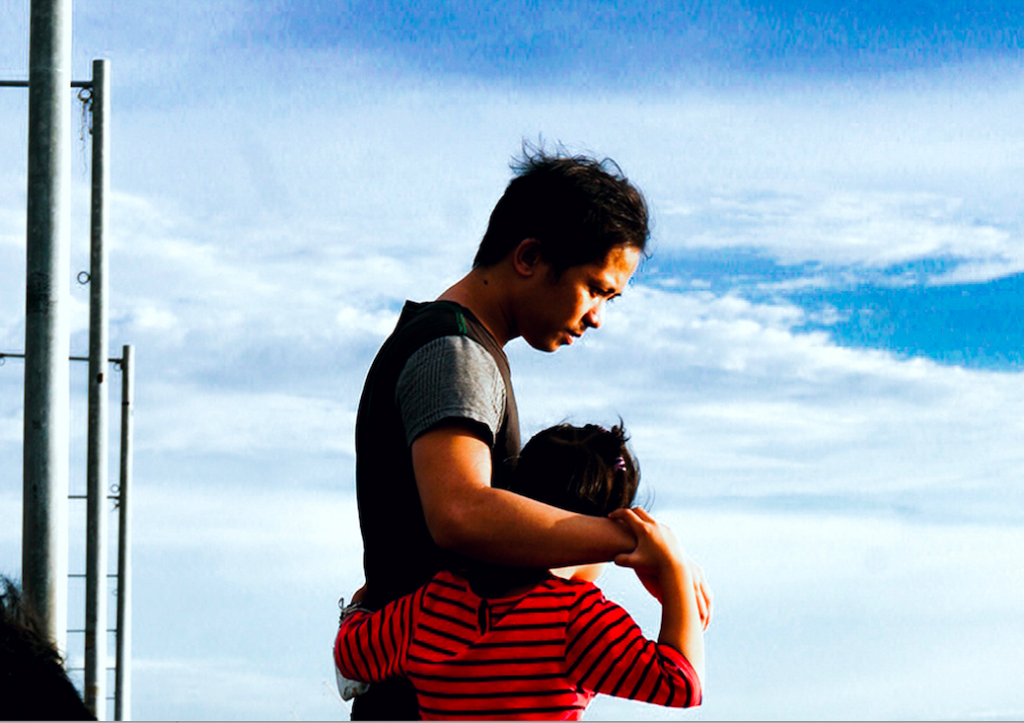 Some single fathers have to face the social stigma of single parenting – answering questions on why they are parenting alone. They may also lack childcare, family or community support. Plus, most men are wired to be ‘providers’ instead of ‘nurturers’, and making that shift to embrace parenthood solely can be a huge challenge for some.

Malaysian statistics recorded that 4.5% of the population were single, widowed, divorced with kids or permanently separated from their spouse[1]. While there are abundant studies and data about single mothers, not much information can be found about single fathers.

According to the Organisation for Economic Co-operation and Development (OECD), single parents are people who have at least one biological or adopted child and are either divorced, separated, widowed, single, never married or do not live with a spouse[2].

Effects of the Movement Control Order (MCO) have been especially unforgiving for single-parent households. Due to the disruption of both paid and unpaid employment during the COVID-19 crisis, the two positions that working custodial single dads occupy—breadwinners and caregivers—have become substantially more important[3].

The single-parent struggle could be a different experience for both mothers and fathers, but single fathers hold a slight edge over single mothers. Research shows that single mothers generally have a lower earning capacity than their male counterparts. Single mothers only make two-thirds of what a single father earns, and are more vulnerable to live in poverty[4].

On the other end of the spectrum, single fathers may lack in terms of resources and connections such as support groups, forums and community relationships[2]. Several NGOs have designated programmes to support single mothers. But society still has a long way to go in accepting fathers as the primary caregivers of their families. Social and welfare services and support can offer a lot for single fathers to alleviate problems experienced. In times of the pandemic where working hours are cut, jobs are lost and monthly salaries are volatile, these types of support will come in handy.

The ‘Bendera Putih’ movement that mobilized Malaysian citizens to help those in need found single fathers raising white flags. In Pasir Mas, carpenter Abdul Rani Hamat lost his job and had been unemployed for up to four months was forced to ask for help. The father of seven children was desperate and worried about the survival of his two children as the food was depleting fast[5].

In Melaka, Yaakob Montel raised a white school uniform, pleading for help to support his family. The single parent was laid off as movement control restrictions (MCO) prohibited his work as a self-employed lorry driver. His two children, nine and seventeen years old came face-to-face with poverty. When the white uniform was raised, aid came immediately in the form of food and household provisions[6].

Despite Malaysia’s efforts of embracing modernity, our culture is mostly traditional in its mentality. When people find out you’re a parent, everyone is delighted. But when your single status is revealed, people have mixed reactions. There is a unique set of challenges when it comes to single fatherhood, especially the stigma, judgement and prejudice which can be intrusive in a child’s development.

It’s not about the absent parent. It is more about the way we perceive singlehood as a disadvantage or a handicap. If not that, we lament about destiny having vanquished their chances of a “complete family”. It takes away their sense of self and what they have. – Shwetambara Sabharwal, psychologist and psychotherapist[7].

Juggling the role as a caregiver and a breadwinner in a time of a pandemic is a constant uphill battle. For some Malaysian dads, the MCO pushed them to take on new career paths, just to put enough food on the table.

Hadi Mohamad Sufri a divorced single father from Sarawak had to give up his job as a safety officer in the shipping industry and took on the job as an e-hailing driver because he needed flexibility at work. In the mornings, he had to help his children with their online learning before he ventured out to work in the afternoon. Hadi credits his relatives and friends who help look after his children while he is on the road[8].

Despite stories of hearing single dads rising up to their role and taking charge of two parental roles at once, research has shown that single fathers were more likely to die than partnered fathers and single mothers[9]. Considering their differences in age, lifestyle, health and sociodemographic characteristics, a single father’s mortality rate is two times higher than other parents. They were also more likely than other parents to lead unhealthy lifestyles, eating fewer fruits and vegetables and adopting binge drinking habits.

Rooting For And Supporting Single Fathers

Aid schemes for single mothers are common amongst NGOs and government welfare departments. However, most of these aids are gender-specific. Christopher Brown, president of the National Fatherhood Initiative (NFI) emphasised that “single dads need some of the same support, including assistance from the other parent, community-based support groups and financial aids geared towards the needs of fathers”[10].

Facebook groups have been increasingly popular amongst parents to exchange support, information and resources in a secure environment. BDM takes advantage of this and has created an online parenting forum for fathers seeking parenting advice.

Parenting groups are fantastic for support, but when men are grouped with their wives or mothers- the dynamic becomes very different. Fathers-only groups like our ICAN Fathering Workshop encourage authentic sharing between men as they feel safer engaging in discussion with the other fathers in the room. -Jason Leong and Joshua Hong, Co-Founders of Better Dads Malaysia[12].

Awareness surrounding the growing number of single fathers has also caught the eye of Nicole Tan, the chairman of Negeri Sembilan Women’s Affairs, Family and Welfare committee. The state government is open to setting up an aid scheme to assist single fathers[12].

Actually, there is no assistance for single fathers, however, we will consider it if there is a need… so far we have not received any applications. -Nicole Tan, chairman of Negeri Sembilan Women’s Affairs, Family and Welfare committee[12].

As Malaysia advances into a developed nation, the welfare of single parents, particularly single fathers, have to be considered and included in conversations and policy-making. Archaic stigmas that people hold against single parenthood have to change.

This article was written by Rachel Tan and edited by the Wiki Impact team.