Have you ever imagined Santa Claus running a 42km marathon? How about a sumo wrestler? Or a human-sized banana? If you have been following Jeffrey Ross’s charity run, your imagination is not that wild.

Jeff Ross, a Scottish expatriate living in Malaysia, aspires to run 22 marathons in silly suits to fundraise for charities. He announced his challenge at the end of 2021 amidst the #BanjirMalaysia flood that swept across Selangor and Pahang.

I wanted to do something to help the flood victims, and something for animal welfare and something for local children.  Essentially, I felt it would be better to support a diverse range of causes, since I was fundraising across the whole year. – Jeff Ross

Jeff moved to Malaysia in 2011 for work and fell in love with the country. Together with his wife, they made their home in vibrant Kuala Lumpur.

I love the climate (I’m from cold Scotland, so the sunny weather is very appealing to me!), the food (but you have to be careful on the calories!), the people and the beautiful and diverse scenery. – Jeff Ross

Fun With A Cause

While the idea of running in silly costumes was for pure fun, Jeff already had in mind that the proceeds should contribute to a greater and bigger cause when he conceived the idea of completing 22 marathons in 2022.

I figured that nobody would care too much if it was just ‘normal’ running, so I thought the costumes would add a bit of entertainment.  I also wanted to show the public that running and exercise can be fun! – Jeff Ross

On the flip side of the humour, Jeff has a noble quest.

I realised that 2022 may also be another tough year, so I wanted to at least have one positive thing to look back on at the end of the year, even if everything else had been a struggle. – Jeff Ross

Jeff has built a reputation among the local running community over the years and he intends to rally for a good cause. He has coached over 1,000 runners across the country via Total Running Club.

I am quite well known in the Malaysian running community, just from all the races I have entered over the years, and from the runners I have coached, so I wanted to use that in a positive way.- Jeff Ross

Since the start of his campaign, a total of over RM18,000 has been raised, to date. With another six months left to complete his marathons, Jeff doesn’t plan on slowing down any time soon.

It has been such a tough few years due to Covid, and particularly so in my own work sector. – Jeff Ross, who works in the event management sector.

The pandemic was a stumbling block for several charities, including those chosen by Jeff. Two years on, several organisations are still recovering from the damage.

One, in particular, is animal shelters. According to Persatuan Haiwan Terbiar Malaysia (SAFM) president R Kalaivanan, donations have reduced by 80% while drop-in strays have increased about 70%[1].

The animal shelter run by Paws continues to be crucial in habilitating strays, while the neuter and spay program by TNRM helps to control the stray population so that cruelty does not befall the furkids.

Food waste was another prevailing issue since the pandemic. In 2020, SWCorp Federal Territories estimated that food waste made up 41% of the total waste components that are being discarded[2].

The repercussion of the pandemic is at its grimmest with the emergence of Covid orphans. According to the minister of women, family and community development, Datuk Seri Rina Harun (KPWKM), there are 4,422 children who have either lost a parent, parents or guardian due to Covid-19[4]. Among this number, 154 children have lost both parents to covid-19[4].

The welfare centres operated by Yayasan Chow Kit are a possible safe haven for at-risk children residing in the centre of Kuala Lumpur.

An Open Invitation For An Honourable Cause

Ultimately, if just a few people are inspired or influenced by what I am doing, then I can consider it a success.  I believe that everybody should try to help those that need help, and I hope that my outlook will influence others to act also. – Jeff Ross

Jeff extends an invitation and is keen on guiding those who wish to join him, either by running or walking. They can set up their own challenge and link to Jeff’s #AFitterYou22 platform.

I’m trying to choose routes that include some looping components, so that people can easily join. I’ll update via my social media prior to each run. – Jeff Ross

Although setbacks are a part of his journey, Jeff’s determination has never dimmed.

I will gladly share all the dates and routes (and costumes) as they get planned! I had a bit of a hitch with an injury, but no worries, I will get the 22 runs done in the year no matter what, even if on crutches! – Jeff Ross

Follow Jeff’s marathon journey on Instagram or Facebook and if you feel inspired to support this earnest endeavour, visit Jeff’s SimplyGiving fundraising page to donate and support the five local non-profits go the extra mile.

Part 2: Migrant Workers – The Backbone Of Malaysian Society & The Impacts On The Service Industry 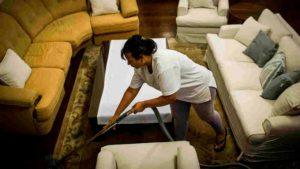 Part 1: Migrant Workers – The Backbone Of Malaysian Society And Many Households