Meet Hamdan Akau. The Orang Asli Who Went From Grass Cutter To Teacher. 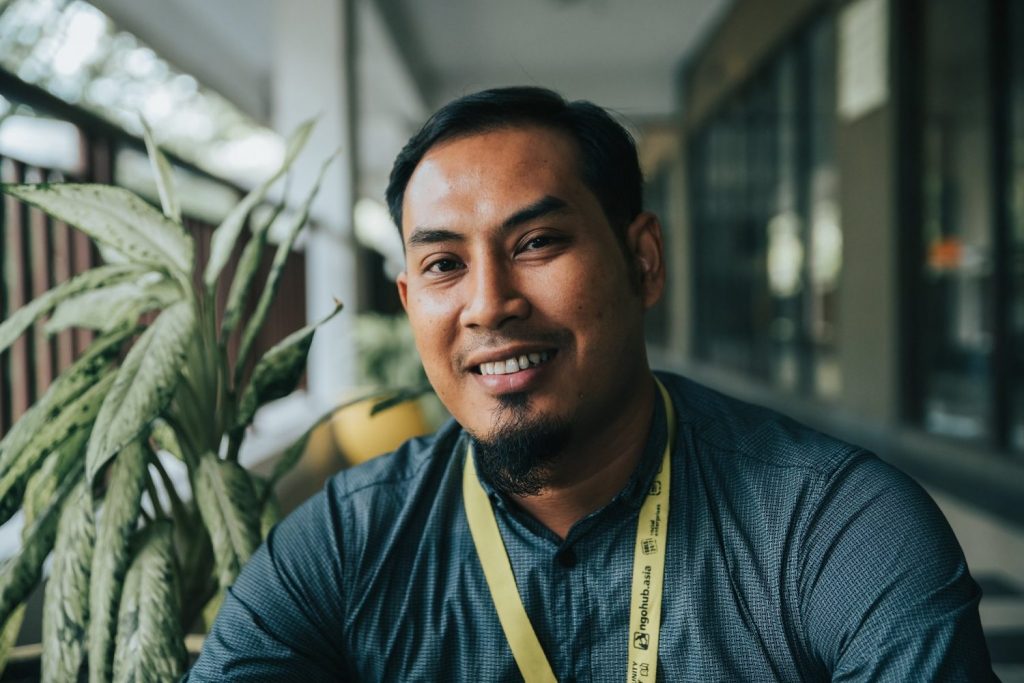 They say “Rough roads often lead to beautiful destinations” and that couldn’t be any more true for Hamdan Akau. This young orang asli Jahut, from Kampung Paya Mengkuang at Temerloh, Pahang, was faced with the challenge of poverty and social ills from a young age but kept learning from his experiences and refused to allow an opportunity to pass him by.

At the age of 21, Hamdan was near rock bottom. After struggling in school, and failing my SPM, he took on any job that he could get his hands on. From being a factory worker, grass cutter, part-time chef, to even jobs in road care, he tried anything and everything just to get by. Yet, despite all his hard work, Hamdan only earned RM400-RM500 a month. It wasn’t long before he had picked up some costly habits such as smoking and drinking with his peers.

“Although I was being paid RM400-RM500 per month, I have no idea where my money went because I participated in these social ills. I had no savings and was just smoking, drinking and whatever balance I had, I bought some food for my family. “

The status quo was fine for Hamdan. No plans for the future. No plans to progress. Not until he overheard a father and son’s conversation. The son was a five-year-old orang asli boy who kept his father company whilst he was on the way to collect rotan to sell. The pair passed a few school-going children, going to school in their white uniforms. The kid then asked his father.

“Father, can I go to school with my friends? I’m so jealous of seeing them studying and learning.” To which the father simply replied, “You don’t need to go to the school, just come with me to the jungle, we cut the rotan, sell it, we can make money.”

Although the boy nodded in understanding, there was sadness in his eyes. Hamdan pitied the young child and wondered about what would happen to the boy’s future. Would the child also be stuck in a low paying job, like his father? This was when he realised that despite his education, Hamdan’s situation wasn’t any different.

“At 21 years old, I realised that the path that I was on was not gonna get me anywhere. I would still have this job when I’m 50 or 60 because I would not have savings to support me. I needed to change.”

It wasn’t long before he joined SOLS 24/7 free development programmes and focused on studying English and Computer skills in 2007. Every day he was taught resilience and discipline. He had to walk for 30 minutes daily to get free food from a Buddhist monastery.

Half a year later, he found himself in a position of being able to give back to the community. He searched all over the country for students that were facing the same problems that he had experienced. The newly titled Teacher Hamdan spent time in Sabah and other rural villages in Malaysia, setting up education programmes. All his hard work had paid off as he had then been promoted again to a management position, overseeing EIGHT community centres!

Today, Hamdan Akau is the Director of Innovation at SOLS Academy where he can continue educating, as well as overseeing several community centres. He remains focused on changing livelihoods and ensuring that no one lives in poverty or faced with the same problems as he did.

“If I had the power to change education in Malaysia, my first move is to always educate the parents first. I believe that everyone can succeed with the proper teacher and the correct training. However, they also need the support of their parents to help guide and cheer them on. Education is not just learning how to read and write, there are so many different things you can learn about in this world. You just need to take the first step and ask for it.”