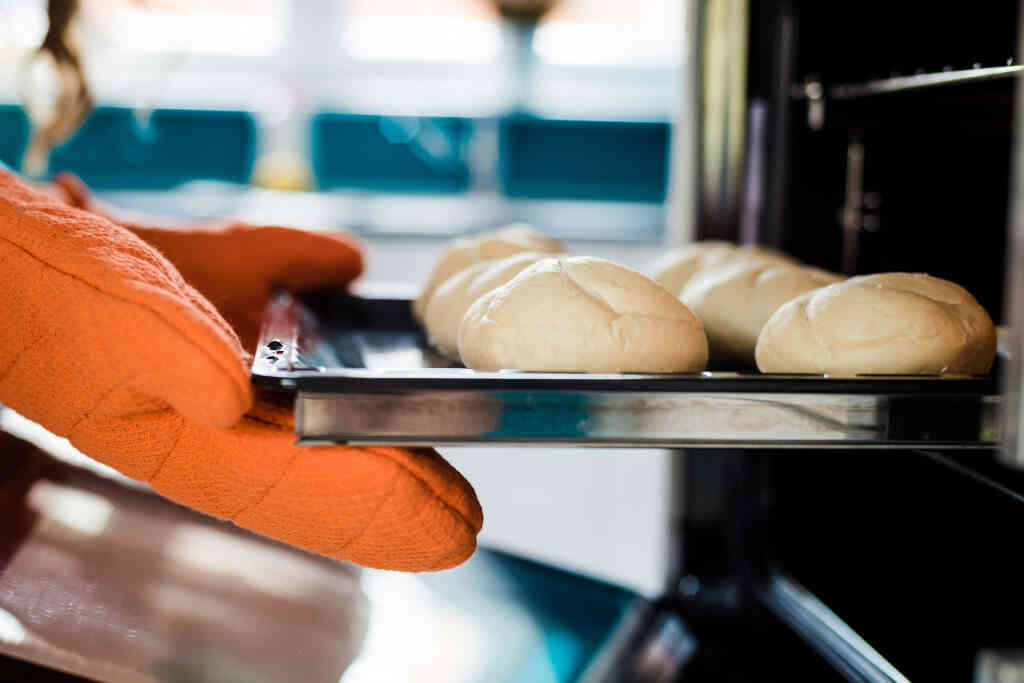 This saying rings true for Zamri A/L Zulkifli, an Orang Asli whose immense love for his family became a motivating force in all his pursuits, especially in his desire to craft a better future for himself and his family.

Originally from Kampung Pos Betau in Kuala Lipis, Pahang, the 21-year-old Semai tribesman decided to move to the city for greener pastures upon being offered a job there. Together with seven other Orang Asli friends, Zamri arrived in Bandar Bukit Raja in Selangor and landed a job at Baker’s Cottage, a local bakery chain.

Coping With A New Career In The City

Having grown up accustomed to his tribe’s traditional hunter-gatherer lifestyle, Zamri regards working in the baking industry as a stark contrast to his years living in the village. Back in Kuala Lipis, he spent much of his time foraging for fruits and vegetables such as petai, jering and durian from the jungle to be sold for cash. Rubber tapping and fishing were also part of Zamri’s daily routine. From a young age, he helped his father find income for the family.

After moving to Selangor, Zamri discovered a newfound joy in the kitchen mixing cakes and making pastries. Baker’s Cottage gave Zamri an avenue to develop his baking skills through a series of training programs. He grew from having no knowledge of baking to becoming a full-time baker with three years of experience and an array of baking recipes and techniques under his belt.

When we [Zamri and his friends] received the offer to work at Baker’s Cottage, we said yes because we wanted to try something new and we also wanted to see how far we could go. – Zamri A/L Zulkifli

Adapting to city life was not easy for Zamri. Thankfully, he had friends by his side to accompany him on his journey. With their help, he found it easier to navigate the complexities of this new, exciting chapter in his life.

It was initially hard for me to adapt to life in the city. The language and the lifestyle here is very different from the village I grew up in. – Zamri A/L Zulkifli

Building A Better Fate For His Family

Even though Zamri lives many miles from his village, Zamri’s motivation to continue thriving in the city is for his family in Kuala Lipis. As the firstborn, Zamri gives a portion of his income to his parents every month. He hopes to support his family by lightening the burden of his parents.

The most important thing for me is I want to help ease the burden of my parents and siblings at home, in the village. There are times I miss home, but I would persevere because this is how I wish to help my family. – Zamri A/L Zulkifli

Zamri spent much of his childhood in SK Betau, a boarding school located approximately an hour away from where he lived. After completing his primary education, he attended SMK Koyan. But by the end of Form 2, Zamri decided to drop out of high school to help his father sustain the family.

His circumstance is not an isolated incident. Faced with socio-economic, geographic, linguistic and cultural barriers, many Orang Asli youths like himself are unable to perform well academically, and thus, choose to leave school.

Zamri was unable to complete his studies, but he hopes that his sacrifice would pave a path for his four younger siblings to experience a better chance in education. As with many indigenous children in Malaysia, education is a privilege that is hard to come by. Zamri hopes his siblings would make full use of the opportunity and strive hard to succeed.

I really hope that the COVID situation gets better so that my siblings can continue going to school. I just want them to achieve success in education and to go further than I have. – Zamri A/L Zulkifli

Zamri once had a dream of becoming a soldier. Unfortunately, things took a different turn after he left school, and he now pursues a different line of work. Refusing to be defined by missed chances, Zamri now has a new dream. He hopes to have his own bread and pastry shop in Kuala Lipis one day. If successful, he wishes to expand the business to other townships.

With passion, he ardently hopes to one day turn this new dream into reality.

I want to open a pastry shop in my village. There’s none so far where I live, and villagers would have to venture out to find bread. If there are extra funds, I would love to open a shop in the city as well. I hope I can make this dream come true. – Zamri A/L Zulkifli