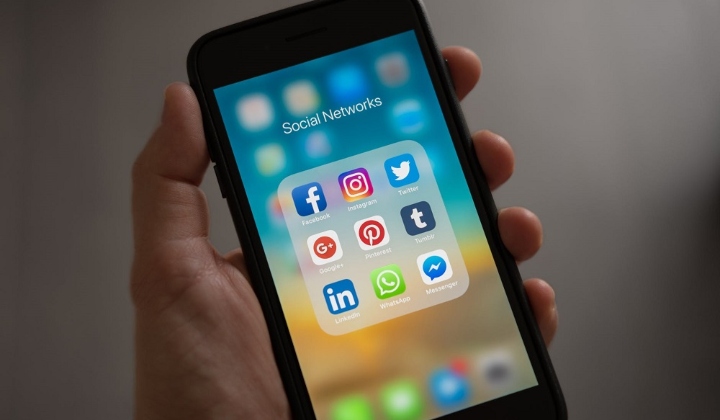 In 2020, a Telegram group V2K was exposed for distributing and sharing images of women without their consent and child pornography at a small fee. With almost 40,000 male members, the Telegram group has hidden camera footage (CCTV) and exposes the phone numbers, social media handles, and even the addresses of the victims.

Some victims infiltrated the group hoping to collect evidence to report their case.

We managed to infiltrate the V2K group by using a male friend’s account. We wanted to collect evidence before filing a police report. However, while in the group, we saw that the members were aware that they were about to be exposed. – A V2K victim[1]

Some of the images on Telegram were sent by men who sought revenge when a woman refused to date or acknowledge them.

The group also includes irresponsible parents recording their children. In the case of child pornography, the reality is more sinister and may have a linkage to the sexual grooming of minors.

At one point, the victim’s personal information is used to barter and receive other victims’ personal information, and men would approach the unknowing victims sending them lewd messages on their social media. Some have received calls from strangers asking for sexual services and received direct messages (DMs) from strangers who said they masturbated to their photos.

And that was also how the victims such as Mariam* and Maya* discovered their images have been misused by online predators[3].

I was 15 (in the photos) but only found out about them being spread when I was nearly 16. First, it was a message from a fake account on Instagram [that] sent my own pics back to me asking for more, calling me sexy and wild. – Maya, an online sexual exploitation victim[3]

Mariam on the other hand was 22 and had just completed her diploma when she found her images had been distributed without her consent.

I was actually at a sleepover at my friend’s. A friend of mine then received a DM (direct message) from a boy who told her that her friend is really hot and sent the photo of me, unprovoked. – Mariam, an online sexual exploitation victim[3]

Some Victims Voice Out But The Majority Stay Silent

One of the victims of the V2K telegram group bravely drove a community-sting effort to gather information on the group’s modus operandi. Over 20 survivors of the Telegram group came forward, and with the support of the  All Women’s Action Society (AWAM) a report was lodged at  Royal Malaysian Police (PDRM) Headquarters in Bukit Aman to lodge a report.

However, not all were as brave as the 20 survivors. Maya did not lodge any reports towards her perpetrators.

I did not make a police report because I thought it would just die out like every other thing on the internet. I didn’t want to admit they were mine so I never acknowledged them as only half my face could be seen anyway. – Maya, an online sexual exploitation victim[3]

A pervasive shame evaded Mariam, knowing that reporting the privacy breach would potentially lead to her being disowned by her family.

But it went on for years and the final message came when I was 19. After that, I deleted all my photos, deactivated my account and took a social media hiatus for over a year. – Mariam, an online sexual exploitation victim[3]

But, Maryam had to bear psychological distress in the years to come.

I was angry and upset at myself. I was depressed for months. “I still think about it until this day. – Mariam, an online sexual exploitation victim[3]

And Maya kept the secret to herself, refusing to solicit any professional help.

I believe that I have never and will never heal from it. I’ve barely opened up about it and as of now, I have only told 3 people about it including you. – Maya, an online sexual exploitation victim[3]

A survey conducted in 2022 sees that 49% of Malaysian believe that violence against women is often provoked by the victim, more than three times the global country average of 15%[4].

The persistent victim blaming in society sees many more online sexual exploitation being swept under the rug. The victim lives with psychological damage while perpetrators continue to commit the same crime.

The end has been tragic for past victims of online sexual exploitation.

In 2020, a 17-year-old committed suicide on August 3 after being sexually harassed by a 20-year-old man online. The victim was threatened to make her pictures viral if she did not have sex with him. Another case sees a 20-year-old woman hang herself in her room when she was cyberbullied by a male perpetrator online.

Some of the perpetrators in the Telegram group have justified their actions in the past and see a lack of remorse on their part.

When they were not ashamed to dance with “inappropriate” clothes, why should we be ashamed to “enjoy” them in our Telegram group? Long live V2K! – A V2K group member[5]

The act of non-consensual sharing of images of women and child pornography was not seen as wrong by the group, some have gone as far as blaming women who were posting sexy photos on their social media accounts. In 2022, it is estimated that 100,000 children in Malaysia have reportedly experienced online sexual exploitation and abuse[6].

There are many other similar groups on Telegram, perpetuating lessons of toxic masculinity and condoning acts of gender-based violence. On Twitter, a screenshot was shared, by one group member who outright said that the women should be grateful because “at least, we are not raping them. – All Women’s Action Society (AWAM)[7]

The aftermath of the V2K Telegram exposure sees the group being shut down by Telegram. However, no action has been taken against over 40,000 members of the group. In recent months, newer groups have mushroomed on third-party online applications and even went as far as selling the link on Shopee at one point.

Alarmingly, PDRM has also revealed that 106,764 IP addresses in Malaysia have been sharing child pornography since 2017 until August 2022[8]. The numbers indicate there is a continuous stream of demand to feed cyber paedophiles.

The seedy trade is also present on Twitter, known as the DS (Dark Side), a primary location for sexual offenders to sell and promote their illegal Telegram channels and groups. The accounts sell subscriptions to their channels containing unconsented images of adult men and women and worse, explicit content involving minors.

End Words From The Victims

The Internet has its perks but nowadays, more and more of its dark side is emerging. Since the V2K Telegram group exposure, Malaysia has passed the Sexual Harassment bill to better protect the rights of women. Even so, cybercrimes such as the one committed by the members of the Telegram group are harder to prove and since 2020, police investigations are still ongoing.

Victims of online sexual exploitation believe that sharing any images of sexual nature online would have to be at discretion.

Unfortunately, there is no safe way to express ourselves sexually via digital forms as of yet. No one can be trusted. – Maya, an online sexual exploitation victim[3]

However, there is more that needs to be done to ensure perpetrators are punished. There are designated legislations when intimate pictures are used as blackmail materials or distributed without consent.

According to Section 292 of the Malaysian Penal Code, anyone who is found guilty of possessing or distributing any kind of pornographic material including sharing personal lewd pictures can be jailed for up to three years or fined, or both.

Also, it can be charged under Section 211(1) of the Communications and Multimedia Act 1998.

At the end of the day, it’s also the public’s responsibility to report illegal channels.

Report every single one of these channels. You might be happy jacking off to some random girl online, but soon that’s your own sister, your cousin, your best friend or heck, even your mom! – Mariam, an online sexual exploitation victim[3]

If your pictures are being shared without your permission, lodge a report today with a police officer providing screenshots, pictures and other relevant information. At the same time, it is also worth reporting the incident to the Malaysian Communication and Multimedia Commission (MCMC).

Alternatively, reach out to existing women’s groups such as All Women’s Action Society (AWAM), Women’s Aid Organisation (WAO) and Women’s Centre For Change Penang (WCC) who have reporting systems in place to help you.

As a responsible member of the public, do not hesitate to report all channels selling subscriptions and sharing unconsented images to Shopee, Telegram, Twitter or any other services.

*Note: Names have been changed to protect the identity of the victims.