Noah Huarrajan: A Boy Who Was Raised In A Welfare Home And Seized A Second Chance At Life

Noah’s childhood was one filled with trauma and hardship. His late mother became semi-paralysed soon after his birth and he witnessed how his father juggled three odd jobs as a gardener, a grass cutter and a night-shift guard just to keep the family afloat.

Life was not easy for me, however, with God’s provision I survived.

Due to financial strain, his elder brother was sent to the guardianship of a pastor when Noah was 7 years old. As a child, it felt like his brother went on a vacation leaving him lonely and crestfallen at home. However, the situation became dire when his late mother’s health condition worsened. With much deliberation, he was sent to Desa Amal Jireh (DAJ), a welfare home that houses children from poor or neglected backgrounds – at the tender age of 12.

At the start he was unhappy at the Home as he found it difficult to fit in.

It wasn’t a happy time for me at all, I cried because it felt difficult without my parents. I even tried running away twice.

Slowly but surely, Noah started to understand his parent’s true intention of sending him to DAJ as a means to provide and safeguard his future. Obeying their wishes, he persevered in his studies and did not forget the support of teachers who had pushed him further.

I don’t think I could have pushed myself as much without the support of others. Particularly, teachers who had seen the potential in me, they pushed me – one of the teachers was my Maths teacher who keeps on encouraging me. That boosted my energy and gave me the motivation to study.

A volunteer teacher was also pivotal in instilling the belief that everyone should have a dream or ambition regardless of their circumstance and upbringing.

She talked about her life and asked what I would like to do in the future. She allowed me to have dreams.

With all the encouragement and hardwork, Noah excelled and scored well in public examinations. With the help of DAJ, he was able to secure the Kuok Foundation Scholarship to pursue a diploma in Human Resources after his Sijil Pelajaran Malaysia (SPM).

Having survived an arduous childhood, Noah is now married to a beautiful woman he met at the home and is a father to his firstborn. Noah reflects on the experience of living in a home and the values embedded in the Home’s intervention.

I learnt something new, something different – adapting myself to that kind of environment. There are ups and downs, there are challenges – there are good and bad. I hold onto the positives. Whatever challenges I went through, it made me who I am now.

He realised that he was able to go further in life, breaking the cycle of odd jobs his late father relied on to make ends meet due to the opportunities that he received from the Home.

If I were with my parents, they may not be able to afford my studies or guide me towards tertiary education. Maybe I would have just finished my SPM and started working. But at DAJ, they always pushed me to reach higher. I found new potential in myself because of the opportunities that they gave me. I am able to write songs, compose music, create drama or short films.

At the same time, living at the Home made him more disciplined and independent due to their allocated timetables for the children. The values they have taught him made him the upright individual he is today.

DAJ has strict routines – there are specific times for studying, watching TV, mealtimes and playtimes. It makes me who I am now.

His fondest memory at DAJ was his 21st birthday celebration.

So when a child reaches the age of 21 – it is a grand occasion. It will be celebrated in a hall at DAJ, people will be invited and children will perform for you by singing or acting. Usually, I was the one who conducted it but when I turned 21, I was the audience that night and it was superbly done.

He left DAJ at the age of 24 years old. Even so, the Home still has a place in his heart. He contributes back to the Home whenever there is a need.

If they [DAJ] need any help like a driver or for transport, they need to fetch someone – they’ll call me and I’ll help them. We still keep in touch – call and chat with them, the founder and director. They’ll ask how I’m doing or how my baby is – we still have a good relationship.

Make full use of your second chance

His childhood was riddled with difficulties and tragedies one after another. He remembered in the haze of his PMR success in 2006, his mother passed away just a few days later. There was also an instance where the teacher ridiculed his parents and growing up he had instances where he felt different and could not fit in because he was raised in a Home. Others would react with pity and compassion much to his discomfort if he disclosed his past.

As a mature adult, he no longer views his past as a stain, but a stepping stone that paved a brighter path. His past is unique in so many ways and therein lies its strength.

In my life, I had thought that I would not survive. But with God’s grace, I finished my studies, got a good job, have a house of my own, got married to a beautiful girl and have a son of my own. Achievement in life – it doesn’t just come like that, it is a process, a journey.

His parents’ decision to send him to a Home was the second chance that he didn’t know he needed. At the start, it was a struggle to be apart from the loving hands of his late mother, who despite her illness tended to him. He shared that friends at the Home are there to make you forget momentarily about your parents. Yet, you will still long for their love.

There’s always a second chance but don’t let go of that chance. Make full use of that chance even though people look down on you – believe that there’s something special in you. The right thing comes at the right time – that’s what I believe in.

There are many “Noah’s” in Malaysia, people who need a second chance and a hand up to craft better futures for themselves and the generation that will come from them. Lookout for the “Noah’s” you come across, read about if you can, like DAJ, give someone a second chance via an encouraging word, education pathway, job opportunity or other ways of helping.

Special thanks: All photos published in this article are from Noah’s personal collection.

What Do You Feel After Reading This?
71%
0%
29%
0%
0%
0%
0%
Facebook Twitter Whatsapp Gmail Linkedin Messenger Email
PrevPreviousSuthan Mookaiah : Lighting The Way For B40s Via BeliGas, A Social Enterprise
Next7 Impact Experience In Klang Valley That Gives BackNext 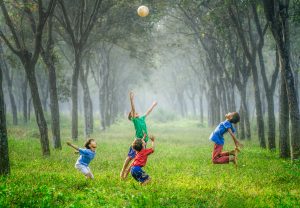 Malaysia Highly Unlikely To End Child Labour By 2025 : Here’s Why. 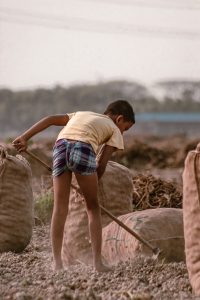 Child Labour In Malaysia: A Persistent Problem And Reasons Why?