Muhammad Azlan Al-Amin Was Once A Garbage Collector, Now He’s A Millionaire That Gives Back 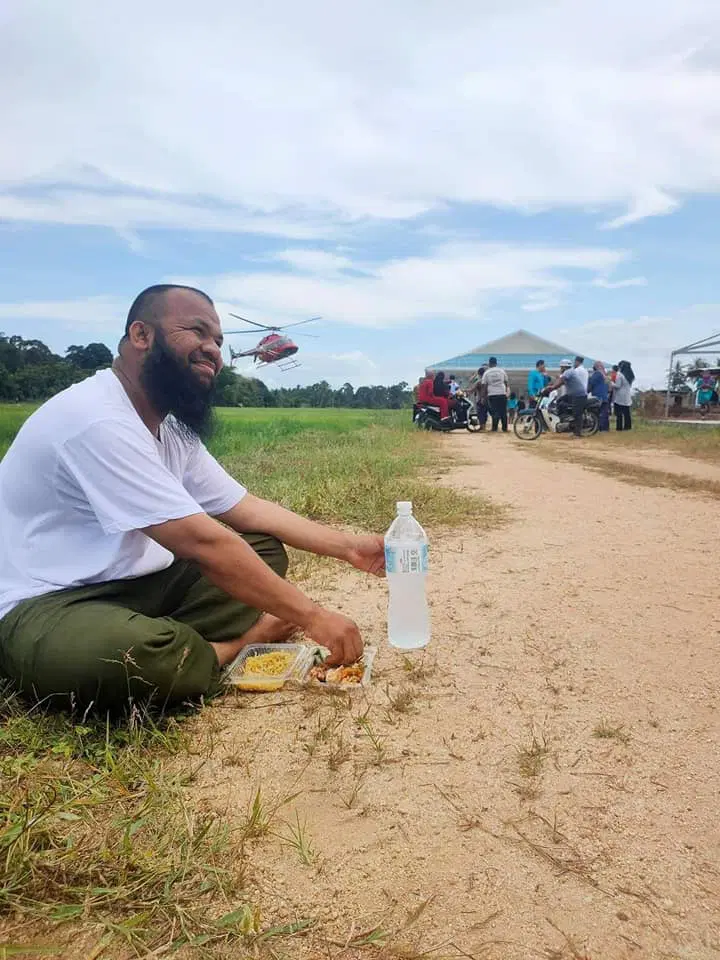 Muhammad Azlan Al-Amin has proven that poverty doesn’t determine one’s course of life. Today, he’s a successful entrepreneur and a millionaire. Before his life changed unexpectedly, Azlan was the guy who would find scraps to feed his family. Born and bred in Besut, Terengganu, he knew a life of poverty was not normal but it left his family without much choice.

We were poor, and in a survey that was carried out, my family was found to be the poorest in Kampung Tok Raja, Besut. – Muhammad Azlan Al-Amin[1]

Born into a family with 15 other siblings and his parents, Azlan remembers being hungry all the time and every basic necessity was sparse and hard to come by. Despite having a rough life, Azlan’s parents provided for his education and he was able to complete his Form 6 studies.

I appreciate the services of my mother, Siti Aishah Ismail, and my father, Abdullah @ Ali Ahmad, who raised [me and my 15] siblings and gave us an education despite our lack of resources. – Muhammad Azlan Al-Amin[2]

However, Azlan had to come to terms with the daunting reality that he will not have a chance to complete tertiary studies because of the obvious financial limitations. Feeling lost and uncertain of the future, Azlan still wanted to help his family financially.

From A Form 6 Graduate To A Garbage Collector

That was when Azlan became a garbage collector at the Royal Malaysian Air Force base in Gong Kedak, Pasir Puteh, Kelantan. It was a job that didn’t pay very much but for Azlan, the little given unto him was better than nothing. For six months, he would bring back leftover food that was meant to be disposed of.

At that time, I often took home food like chicken and fish thrown away by the canteen operator that was still edbile for my family. – Muhammad Azlan Al-Amin[1]

While the discarded food was mere scraps for others, they were meals for Azlan and his family.

Additionally, working in Pasir Puteh didn’t guarantee a better life. In 2019, Kelantan was recorded as Malaysia’s second poorest state (based on wealth, income, education and infrastructure)[4], with a poverty rate of 12.4% involving 42,671 households[3]. Even three years later in 2022, Kelantan still remains one of Malaysia’s poorer states.

We have been trying our best to mitigate this (poverty) — indeed, the issue of poverty eradication remains high, if not one of the main priorities, on the government’s agenda. – Datuk Seri Mustapa Mohamed,  Minister in the Prime Minister’s Department (Economy)[5]

The Power Of A Mother’s Prayer

Such was Azlan’s life, as he made his monotonous journey to and from work, having long gotten used to his unsanitary work environment. One fine day, Azlan’s mother, 60-year-old Siti Aishah Ismail, saw something fall out of his shirt pocket that broke her heart. What she saw was a worm wriggling out the pocket.

She knew that it wasn’t a coincidence. It was because her son, despite his potential, was slaving day after day as a garbage collector. She broke down and for Azlan, the cries of his mother remain a haunting memory. Deep down, Aishah knew that Azlan was made for greater things. Wiping her tears away, in faith, she uttered a prayer of success and opportunities for her son.

Success Multiplied By A Tenfold, A Product Of Hard Work

With a mere RM1.30 in his pockets, Azfar left home not knowing what to expect. Even then, he sought to look after his family, putting his personal needs aside.

I was determined to change my life and that of my family. – Muhammad Azlan Al-Amin[1]

On his journey, he crossed paths with two mentors, Cikgu Halim Md Saman and Cikgu Ramli Hassan, who would forever change his life. After listening to Azlan’s story, they opened the door and welcomed him into the realm of real estate.

With no hesitation, Azlan took what was offered and thus, his journey in real estate began.  Azlan didn’t have time to ponder if it was the right move that best suited his career choice. With determination, self-discipline, and the will to turn his life around, he eventually saw the product of his hard work come to fruition.

After burning the candle at both ends and equipping himself with the ins and outs of real estate, it was time for Azlan to start making sales. Much to his surprise, Azlan sold two lots of land and received a commission of RM4,000.

Needless to say, he was in disbelief. The amount of money he received was foreign to him. And by continuing to work hard, Azlan knew that nothing could get in his way of obtaining success. Within the next six months that followed, Azlan managed to earn profits of over RM500,000.

Paying It Forward To Other Poor Communities

Ever since his newfound success, Azlan has pulled his family out of the shackles of poverty. Today, he’s a father of four who continues working hard. Additionally, he’s also built his own real estate empire, Azlan Al Amin Group Holdings. He’s also written a book, sharing his journey and tips for success – Rahsia Pengutip Sampah Jadi Jutawan.

Even throughout his years of success, Azlan remains humble because of his roots. Last year, he brought joy to almost 300 villagers in his hometown of Besut, taking them on helicopter rides over a period of six days, never once mentioning the costs that came with it.

Their happiness is my happiness. Alhamdulillah, we’ve finished taking almost 300 villagers on the helicopter in six days in Besut. – Muhammad Azlan Al-Amin[6]

Just like Azlan, there are countless stories of those living in poverty waiting to be rewritten. Azlan’s story should inspire those with the means to reach out to those in need. In helping others, we lose nothing.

Faces Of Fighters: Breast Cancer And Its Costly Toll On Patients
The Flooding Of Malaysia’s Rice Bowl - Sea Level Rise And Its Repercussions On Kedah’s Rice Farmers 
Faiz Qayyuum: Ex-Troubled Teen Turned Activist Helping The Marginalised
Explore These 9 Meaningful and Unique Community-based Experiences Around Malaysia 
6 Sports Stars Making A Social Impact In Malaysia
Deaf Artist, Lim Anuar Shares His Voice Through Paintings
Water Woes in Kelantan: What’s the Real Issue? 
Cancer Survivor, Zuraini Kamal Sets Up An NGO To Help Low-Income Patients
Essential Information To Be Prepared For The Impending Monsoon Season
6 Amazing Chefs With A Humbling Backstory That Will Inspire You