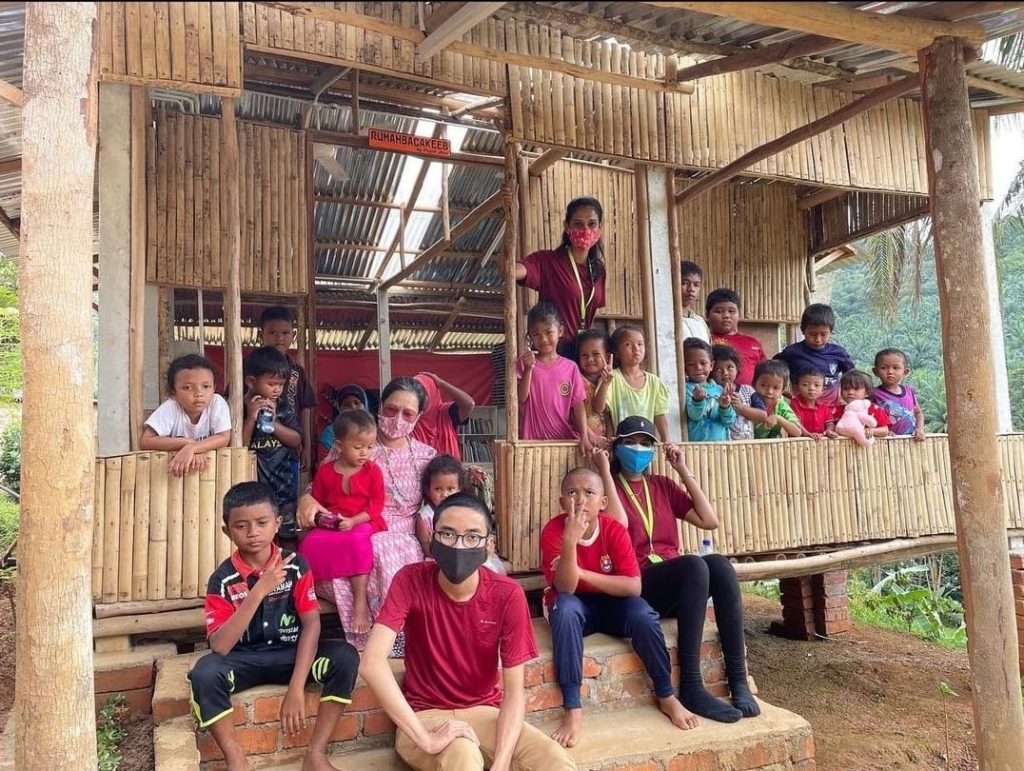 26-year-old Lavanya Sivaji has made waves through her pageant platform. It has allowed her to advocate an issue dear to her which is the Orang Asli community.

A medical graduate from Universiti Pertahanan Nasional Malaysia (UNPM), her profession gave her the extra edge, experience and knowledge in dealing with those she is helping.

Setting An Example Through Pageantry

Prior to entering the realms of Miss World, Lavanya’s interest in pageants pushed her to take a bold step.

In 2019, she participated in Miss Malaysia Indian Global and had a glimpse of pageantry. After the competition, she was determined to apply for the Miss World Malaysia pageant after she completed her medical studies.

Once I completed my medical studies, I decided to apply for Miss World Malaysia because I want to show the world that ordinary girls from conservative families and no fashion background like me can still leave an impact on pageantry. – Lavanya Sivaji

Recently, many have been stepping up to aid the Orang Asli community. Lavanya is one of those.

Why The Orang Asli Community?

Lavanya’s community posting at Hospital Tapah opened her eyes to the reality of Orang Asli and the numerous health issues faced.

A study was carried out by scholars from Universiti Kebangsaan Malaysia among the Orang Asli community in Perak.

The research revealed a plethora of health issues in the community. Dental carries, abdomen related issues and Vitamin A deficiency were the most prevalent among the Orang Asli Community. The same study also showed that almost 17% of the community had a protein-calorie deficiency[2].

With over 200,000 Orang Asli’s in Malaysia[3], the worrying pattern of poor health among the Orang Asli is an important issue that needs addressing.

Throughout Lavanya’s posting, she “learn that malnutrition, skin infections, parasitic infestations and many other diseases” were prevalent among the Orang Asli community.

Giving back to the community gives me a sense of purpose. I feel at peace and have a great sense of satisfaction when I plan a new project, actively volunteer for activities and meet people on ground. – Lavanya Sivaji

In 2021, Lavanya initiated 4Them Malaysia, an organisation that seeks to aid the Orang Asli community by shedding light on their health issues and nutrition development.

Throughout their time, 4Them Malaysia has collaborated with several other organisations and schools to help out and to spread awareness on matters of hygiene, health and first aid.

4Them is a project and we have collaborated with organisations like Projek Asal, Malaysian Red Crescent Society, Serum, MMICare, Eat For Good Malaysia and Brickfields Asia College previously. We conducted health, hygiene and first aid awareness at various Orang Asli villages and schools in Sungai Siput. Recently, we also made nutrition bards together with Eat For Good Malaysia to be given to the Orang Asli children. – Lavanya Sivaji

As of now, the organisation is led by Lavanya and three others. In time to come, they aim to transform into a full-fledged NGO. There are also plans to expand 4Them’s projects to other areas of the Orang Asli Community.

Wearing Many Hats with Confidence

A hectic schedule awaits Lavanya after the Miss World finals in March 2022. Not long after, she will also undergo housemanship training. However, Lavanya bears her responsibilities with confidence.

It is definitely going to be a super busy year for me but with the support of my family and friends, I am positive that I could manage well being a doctor, Miss World Malaysia and my project. – Lavanya Sivaji

Just like the general population, non-communicable diseases such as diabetes and cardiovascular diseases are also increasing among the Orang Asli community. – Lavanya Sivaji

The alarming life expectancy for Orang Asli is 53 years, 20 years short compared to the national average of 73 years[3].

This is why solid healthcare plans are beyond important, and many parties must acknowledge the dire strait of the Orang Asli and their environment.

However, the bleak reality is that their living conditions and limited resources often limit their access to immediate healthcare.

For some Orang Asli communities, the average distance to a primary healthcare clinic is almost 6km. For those without proper transportation, going to the clinic would be an hour’s journey[4].

How Can The Public Support 4Them Malaysia?

The organisation’s most recent project involved making nutrition bars for the Orang Asli community, in collaboration with Eat For Good Malaysia.

This inspiring act has motivated them to supply nutrition bars for the Orang Asli children on a monthly basis. Hence, volunteers are greatly appreciated to ensure the project’s success.

With the overwhelming issues faced by the Orang Asli community, there are endless ways on how someone can reach out to help.

To see how you can help, reach out to 4Them Malaysia via Instagram, where constant updates will be posted.