Part 2: Migrant Workers – The Backbone Of Malaysian Society & The Impacts On The Service Industry 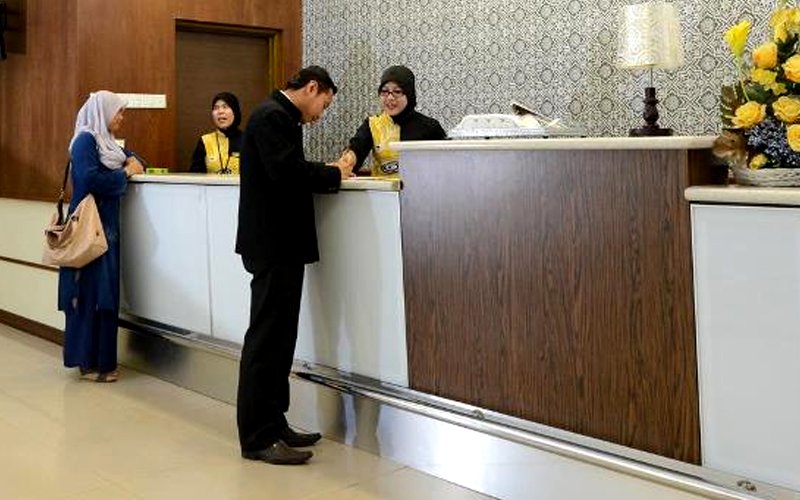 As Malaysian households desperately need 30,000 foreign domestic workers, the F&B sector’s recovery also depends heavily on foreign labour to wait tables, serve customers and as kitchen staff. The wait, however, had caused some Mamak joints to bid goodbye to their patrons.

In early 2021, the lack of manpower led to 2,000 Mamak joints that most of us cherish closing down. As F&B are speeding full-on with no restrictions on opening hours, the shortages of manpower were not remedied. We are used to having our supper or late-night gatherings at Mamak, but not all are ready to open 24/7.

There is demand, especially during fasting month for sahur and so on. But there are constraints when it comes to workers, we don’t have enough as many returned to their country of origin during lockdowns. – Datuk Jawahar Ali Taib Khan, president of Persatuan Restoran Muslim Malaysia (Presma)[1]

A local banana leaf restaurant, Kanna Curry House, was forced to send their foreign workers from Bangladesh, India, Nepal and Sri Lanka to return home. But, their vacancies have not been filled following the slow progress of approving the entry of migrant workers.

Some were unable to return due to travel restrictions imposed and the increasing airfare tickets.

We usually employ a rotation method where if three workers were to leave to their home country in a month, there would be another three that would be hired — but that came to a halt – Yoga Kannan, Kanna Curry House Manager[2]

Kanna Curry House has resorted to attractive remuneration and benefits to entice locals to work in their establishments. The restaurant offers an iPhone SEs for anyone willing to wait tables for at least six months. Plus, the working hours were shortened from 8am to 8pm, to 9am to 5pm.

These exorbitant rewards are being dangled for locals to take up the jobs following the high turnover rate of locals in the F&B sector and other services such as convenience stores.

We have seen that the turnover rate is high. It is quite disappointing as we are offering and working on attractive pay packages and benefits. – Datuk Seri Dr KK Chai, KK Super Mart convenience store owner [3]

But has the promise of better compensation come too late for the workers in the F&B sector?

The question to pose for employers with the recent development: would the same entitlements of shorter working hours and materialistic rewards be given to migrant workers once they re-enter?

And is the inability to recruit and provide them with a sustainable income a point of contention in raising the price of foods at their restaurants?

It’s not only the flour price that is rising, manpower cost has also increased, and no one would want to work as a ‘roti canai cook’ with a salary below RM3,000 each month. – Datuk Joehary Abdullah, owner of Canai 15 Cafe in Subang Jaya[5]

But what is true is that consumers also should expect a longer wait and limited available items on the menu due to staff shortages.

F&B outlets remain open, but many are not able to cope with the busy crowds due to a shortage of kitchen staff and waiters. Diners need to wait longer than usual for their orders. Popular dishes are not available due to shortages of food supplies. – Tan Hai Hsin, Retail Group Malaysia managing director[6]

Tourists Are Back But Hotels Are Running On Limited Manpower

Another service sector that is severely affected by the lack of foreign workers in hospitality and tourism. The occupancy of properties has seen an increase of 60% to 70% in renowned hotels and services in KL city centre.

In some areas, we’ve seen an increase of 80 to 90%. This is not only contributed by domestic travellers but also those from Southeast Asia countries and Japan. – Mondi Mecja, Ascott Malaysia country general manager[7]

But, this had the opposite effect on the manpower in hospitality. The Ascott International Management (M) Sdn Bhd saw a 50% reduction in manpower. In the past, the industry fell back on foreign workers, but approval of permits has been halting their growth.

Long have hotels relied on foreign workers for their operations, but until Putrajaya makes a concrete decision on this matter, the travel and hospitality industry will suffer. – Datuk N Subramaniam, president of Malaysian Association of Hotels (MAH)[7]

Dato Sri Ganesh Michiel, the deputy president of Malaysia Budget and Business Hotel Association (MyBHA), suggests hotels might have to increase their prices by 60-70% if the situation continues[7]. And worse, possible hotel closures.

If no action is taken now, it will lead to more hotel closures in the future as there’s a lot of pressure on hotels to maintain operations with minimum manpower during peak seasons. – Dato Sri Ganesh Michiel, the deputy president of Malaysia Budget and Business Hotel Association (MyBHA)[7]

The industry has seen limited takers from local workers participating in the hospitality sector post-pandemic.

The last two years have really made people think a lot about what they wanted to do with their life, so I think there have been shifts in thought relating to work. – Anita Selvi, director of human resources at Ascott International Management (M) Sdn Bhd[7]

Furloughed workers in hospitality have found opportunities elsewhere following the closure of hotels and resorts. Some have resorted to working in essential services such as manufacturing that thrived during the pandemic.

Workers were relatively well paid [in manufacturing] and could work overtime [for more income]. It is no surprise that they won’t return to work in the badly hit hospitality sector – Datuk N Subramaniam, president of the Malaysian Association of Hotels (MAH)[7]

Some of the industry veteran have also paved their own ways due to the instability of the hospitality industry. Sharusmizal Mohamed Salleh, 47, the former head chef of the Urban Restaurant at Hotel Istana Kuala Lumpur decided to open a food stall near his home after the hotel closed its doors permanently[8].

He was part of the team that represented Malaysia at the international IKA Culinary Olympics in 2020. Through his guidance, Urban Restaurant is acknowledged as Tatler Malaysia’s “Best Restaurants” award consecutively from 2011 to 2014[8].

Since the sector’s reopening, he has received offers, but, Sharusmizal is sticking to his current business venture, Amanda Kitchen. He utilises his skills to serve affordable and delicious meals to his daily patrons[[8].

I have been getting job offers but I’m not going to return until I know that business has truly picked back up, that there are a lot of tourists again. – Sharusmizal Mohamed Salleh, 47, the former head chef of the Urban Restaurant at Hotel Istana Kuala Lumpur. [8]

Food Security Is Affected As Farms Are Short-Handed

Recently, we have seen the surmountable hike on local produce such as chicken, seafood and vegetables. Chicken price had reached RM 11.45[9], a price that is unlikely to go down partially due to inflation. But, another dilemma is that the farming industry in Malaysia runs on 95% of foreign labour [10].

There are very few local workers, and they mainly fill office positions like clerks and managers, while those who work the fields and farms are foreign workers. – Datuk Syed Abdul Rahman Syed Abdul Rashid, Cameron Highlands Malay Farmers Association [9]

The farming sector, especially in Cameron Highlands,  sees that their migrant workforce went missing during the height of the pandemic.

This 40% of shortage in chicken supply is expected to continue[10].

The main issue affecting chicken production is because of problems involving workers, which has become very critical because of the lack of foreign labour, other than chicken feed which is not only more expensive but is of poor quality, of which the supply is also declining. – Lau Ka Leng, secretary of Johor Poultry Breeders Association (Small and Medium)[10]

In the past, workers were assigned to tend to 10,000 chicks but with the workforce shortages. The current employee would have to handle more chicken, and this comes with an expense of worse productivity and shorter chicken life expectancy.

Previously, each worker was assigned to take care of 10,000 chicks, but due to a lack of workers, an employee has to take care of over 30,000 chicks, thus affecting not only productivity but also the life expectancy of chickens due to lack of workers other than the poor quality of chicken feed. – Lau Ka Leng, secretary of Johor Poultry Breeders Association (Small and Medium)[10]

The same echoing sentiment that locals aren’t interested in working on farms was voiced out by chicken farmers.

We are asking the government to help in terms of admission and easier procedures (involving foreign workers) as not many locals are interested in working in chicken farms. –  Lau Ka Leng, secretary of Johor Poultry Breeders Association (Small and Medium)[10]

The locals are only able to work half the usual load a migrant worker can do so. So I’m actually short of 8 workers instead of 6 because it takes 2 local workers to complete 1 migrant worker’s job load. – Chong Tek Keong, president of Federation Of Vegetable Sellers Association Malaysia[11]

The Shortages Felt By Consumers

As consumers, it comes as no surprise when there is a long wait in F&B restaurants. There are lesser staff tending to our needs in hotels and resorts. It is a trying time for all of us and one that requires many of us to be understanding.

At the same time, the prices of our goods are skyrocketing and cuts have been made in many household spending. Share your blessings with others by ensuring food is not wasted and buying what you need.

In the third part of this series, we explore how industry players are grappling with foreign worker shortages. These include contributors to the nation’s Gross Domestic Product (GDP) – manufacturing, plantation and construction.