Meet These Inspiring Refugees Who Transformed Their Communities 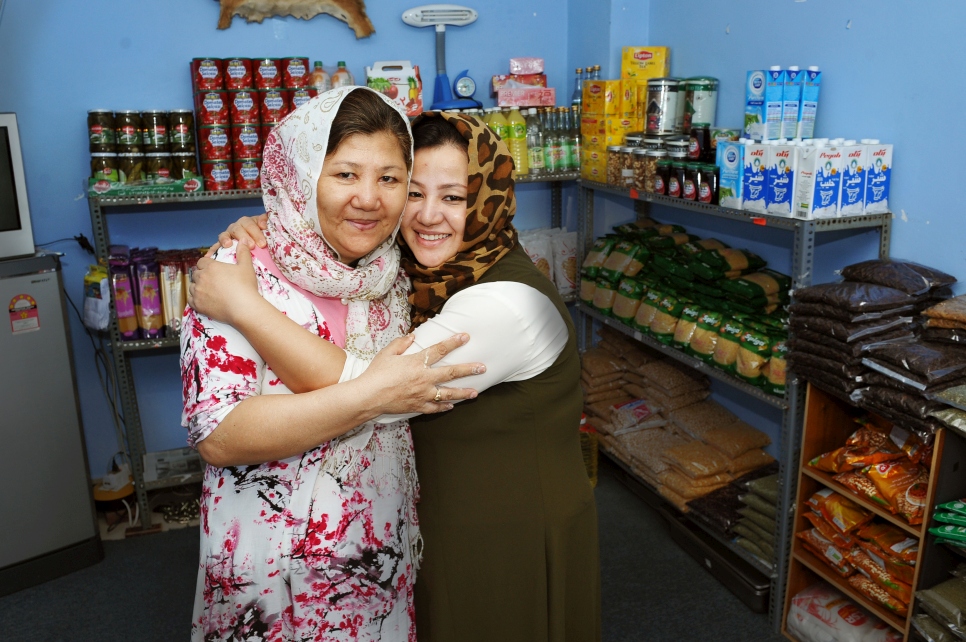 Oftentimes we read stories that describe the challenges and struggles of refugee communities. Various accounts of them being mistreated and denied the basic right to education, healthcare and employment in a country that they wish to call their second home. While it is important to highlight and spread awareness on these issues, it does create a perspective where refugees are victimized, and that they are nothing more than a burden that needs to be taken care of.

The refugee population in Malaysia has been increasing over recent years. In 2019, there was a 6.43% increase from the previous year[1]. As of March 2021, there are 178,710 refugees and asylum seekers residing in Malaysia[2]. With such large numbers, it is not uncommon for Malaysians to have prejudices or misunderstandings about them. The biggest misconception about refugees is they are lazy, unskilled, needy and waiting for help to come around.

Most, if not all refugees simply want freedom, and a chance to prove that they can contribute something meaningful, especially towards their own community. They want to be empowered to live independent lives and to empower others to feel the same.

There are several individuals who have triumphed over their hardships and conquered the barriers that prevented them from living the lives that they deserve to have. Through their own means, they have managed to reach success, and consequently amplify the voices of their own community to spread more awareness about refugees.

One of the biggest struggles for refugees is getting a proper, formal education. Due to their status and lack of documentation, most refugees are not able to attend local public schools or universities. Therefore, they have no choice but to establish their own schools, or rather, community-based learning centres. Admittedly, these establishments are less formal, and the subjects taught are limited due to the lack of teachers and teaching facilities. In addition to that, the classrooms are often held in cramped spaces that can be uncomfortable for students to learn in[3].

Regardless of the circumstances, many refugees acknowledge the importance of obtaining education. In fact, there are several individuals who have taken the initiative to educate through their own means to help their community, especially youths, so that they will lead better lives.

For example, Sadek Khan, a 20-year-old Myanmar refugee, with the help of Penangites, had built a learning centre out of an old kampung house in Bagan Dalam, Penang, in order to provide education for the refugee youths[4].

Being a refugee is the worst life in the world, but education can heal and can change the world. -Sadek Khan, Rohingya refugee[4]

Mohamudul Hasson Roshid is another instance. Born in the Nayapara refugee camp in Bangladesh, he had fled to Malaysia for a better life. In Malaysia, his English-speaking abilities led him to become the translator for Rohingya women at hospitals and clinics. He found that they were hesitant and shy to talk about their health problems, but the language barrier prevented them from being able to seek out doctors on their own[5].

Hasson decided to establish language classes for women so they would be able to communicate better and get health treatment without a translator. As these women were forced to stay at home mainly due to safety reasons, he and his team decided to bring the classroom to their home instead.

Young girls who were sitting at home not going to school because her family doesn’t want her to go far. We said, okay, if we bring this school to the homes for these kinds of girls … the parents can’t say, ‘my daughter can’t go out’. – Mohamudul Hasson Roshid, refugee from Bangladesh[5].

Meet Sakina: Cooking For A Living

As refugees often escape their country with only the clothes on their back, it is no surprise that many who arrive in Malaysia end up living in poverty and struggle to survive on a day-to-day basis. There are some who through their hunger have found ways to earn a living with their ability to cook.

Sakina, a 21-year-old Afghan refugee and mother of one was the first chef to be recruited for the Meaningful Meals project by Greater Action, a non-profit aimed at improving the lives of marginalised refugee communities and urban poor in Malaysia.

I was pregnant and needed to find work to make some money. We were new in this country and did not know anyone then. – Sakina, Afghan refugee[6]

Sakina along with other refugee women cook authentic Afghan dishes and can earn up to RM700 monthly. The amount may seem small to some, but it is a significant amount to keep families afloat. Sakina uses the money to buy food for her family and pay her rent[6].

These home-based projects are convenient for stay-at-home refugee women as they are able to take care of their family while earning a consistent monthly income.

Meet Shakira & Her Mom: Caring For Their Community

Shakira, a trained nurse in Afghanistan fled to Malaysia for a better life but found that she was not able to practice nursing legally in the country. She decided instead to utilise her culinary skills to earn a living here. After all, her children missed home-cooked Afghan food.

Her mother on the other hand set up a small business selling sundries to refugees living in their neighbourhood. She started with a RM500 capital and stocked up the small shop. Her intention was to make familiar and common groceries available to her own community. There are about 30 Afghan families where she lives.

At first, we bought the ingredients for ourselves, for the catering service. But the other Afghans here came and requested that we buy for them. So, we decided to use a room in the apartment as a shop. – Shakira’s mom, Afghan refugees[7]

The grocery store’s products generally include ingredients common and familiar to fellow Afghans such as rice, raisins, tomato paste, and dried mints, among others. For Shakira, her family’s grocery store is less of a business and more of a community service that provides her fellow refugees with food to survive.

We tell the other Afghan families to come and take the food so that the children do not go hungry or are malnourished. They can take the groceries on credit. They pay in instalments when they can. What is important is that no family should go hungry. – Shakira’s mom, Afghan refugees[7]

Tired of the hardships he had to face in Malaysia after fleeing Afghanistan with his family in 2016, Saleh Sepas, a Fine Arts graduate from Kabul University, decided to start an Afghan refugee theatre troupe, Parastoo Theatre. The name means “swallow” in Persian, as the migratory songbird symbolizes the refugees’ current situation.

With his background knowledge in theater, and having worked with BBC Radio and being part of the Theatre of the Oppressed, a theatrical project for social change, Saleh established Parastoo Theatre as a platform for refugee voices to be heard.

The theatre empowers refugees, especially youth to express themselves freely without reserve and uncover hidden talents and skills they may have. Saleh sees the theatre as more than just a platform for refugees but a platform to educate and spread awareness on the lives, struggles, triumphs and perspectives of refugees in Malaysia.

Local people didn’t know why we left our country before. They had misconceptions about refugees. But now the reality is clear to them. They thought refugees had no knowledge and skills … We’ve proved by (our) workshops and practices that we all have common pain. – Saleh Salek, Afghan refugee[5]

These stories show that there is always a silver lining in every cloud. Even though they were thrown into terrible circumstances, they still managed to overcome the challenges to enhance their livelihoods. All hope is lost for refugees, considering how they had to flee their home country just to stay alive. They are truly a strong-willed, hardworking group of people who will stop at nothing to chase their dreams and goals.

The greater inspiration in all of these stories is their sense of purpose in living for something greater than themselves. Their success spills over to their communities and these individuals seek to uplift and empower their community through their success.