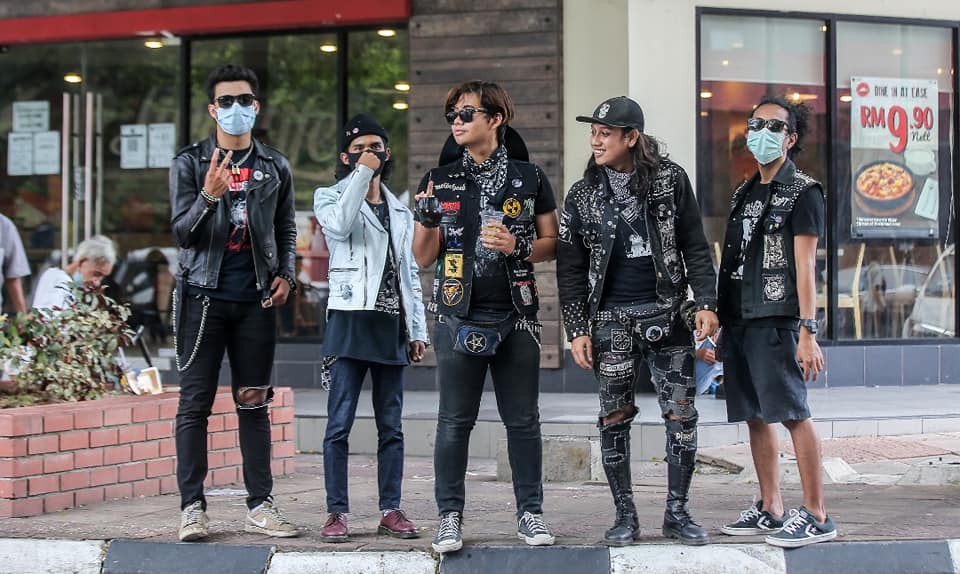 When you think about punk subculture, it is likely that you will envision loud, rebellious individuals with coloured mohawks dressed in black attire, adorned with metal accessories on every possible body part. Meet a group of young punks in Ipoh, Perak who loves the subculture style but is nothing close to rebellious.

In June 2020, a group of friends took on the name of the Food Not Bombs as an initiative to give out free food to the hungry, poor and homeless in Ipoh.

Food Not Bombs is an independent, all-volunteer movement that recovers vegan and vegetarian food that would otherwise be discarded and would give them away to the hungry.  The international movement has volunteers in over 1,000 cities in 65 countries. In Malaysia alone, Food Not Bombs groups can be found in four cities – Kuala Lumpur, Penang, Kota Kinabalu and Ipoh.

When a billion people go hungry each day, how can we spend another dollar on war?

The group of young punks were initially moved with compassion at the sight of hungry, homeless people living on the streets. Just as the Movement Control Order (MCO) restrictions were loosened, they pooled together money from their own pockets and bought ingredients to cook 20 packets of bee hoon.

Then, they scouted the streets and identified hotspots where the homeless resided.

When we first started, it was quite difficult. Some people were reluctant to approach us, let alone take the food we were giving out for free.

Rozaiman Salahuddin, a member of Food Not Bombs, Ipoh

They even received some negative comments about their dark attire despite their genuine efforts to help. In an interview with the Malay Mail, Rozaiman said, “Most of the comments came from social media.”

Members of the public associated their dressing with negativity and urged them to wear ‘proper clothes’ if they wanted to do good.

Despite the few negative reactions, the group continued to distribute food. Members of the Food Not Bombs initiative in Ipoh are adamant that doing good is not an easy feat.

If your heart is right, you continue to do good no matter what people may say.

The initiative that started with two people, quickly multiplied to five volunteers. Currently, they have more than 20 volunteers mobilised for every food distribution. All volunteers have regular day jobs but each of them are committed to the vision of feeding the hungry.

Their efforts are two-pronged. While helping the poor, members of Food Not Bombs have experienced the satisfaction of meeting people’s basic needs.

It is incredibly satisfying knowing that we were making a difference.

Regardless of who you are, what you wear, what you look like, always try to do good. No matter what people say. Remember: Food is not a luxury, it is a basic need.

Currently, the group is accepting cash donations and can be contacted through Facebook. The group has been selling punk-inspired t-shirts for RM23 per piece. RM3 from every purchase goes towards the feeding program. Those interested in volunteering can contact Food Not Bombs, Ipoh via Whatsapp.