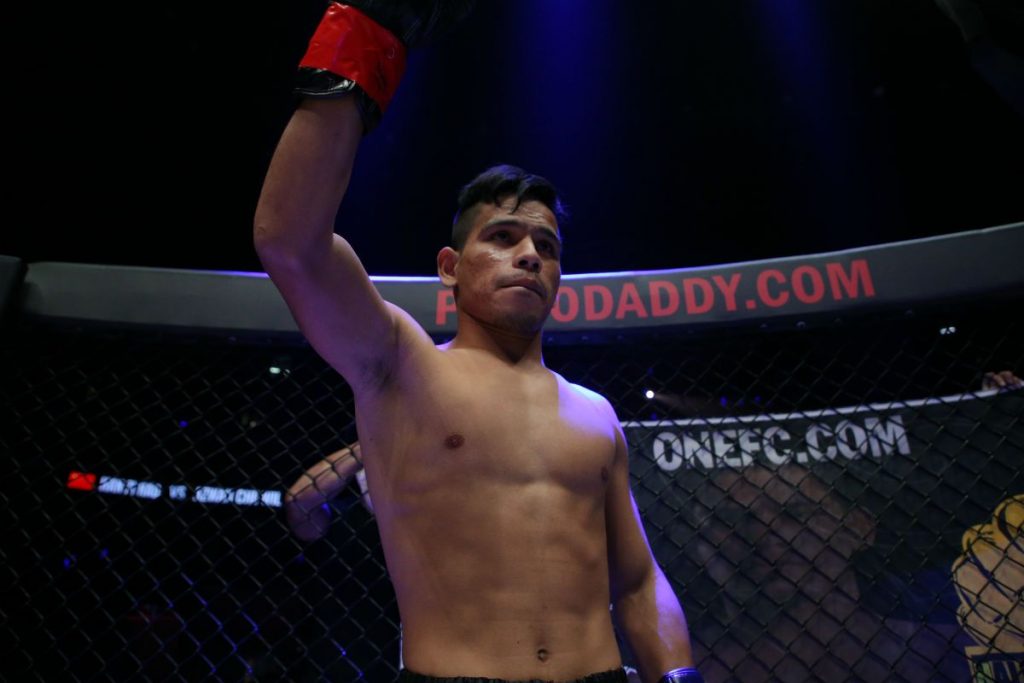 Azwan Che Wil is a Muay Thai OneSongchai S1 Champion who is packed with punches. Tough and strong willed, his positive outlook in life has enabled him to overcome absolute poverty that has plagued his family.

Born in Manek Urai, Kuala Krai in Kelantan, both his parents were rubber tappers who earned RM1,800 a month and with that had to support six children.

Azwan was generally a good kid putting in good effort in his studies. This continued through in his teenage years and he would often complete his work at school whilst waiting for his dad to pick him up on his motorcycle.

Without much available entertainment compared to his friends or city kids, Azwan poured his free time into playing sports. He was a good football player, made better because he learned to play on fields logged with mud or water. Apart from that, he excelled in hockey, handball and track and field.

The Art of Eight Limbs

When he was 13 years old, Azwan discovered Muay Thai through flipping channels on the television. He saw the “art of eight limbs” and then enrolled himself in a Muay Thai gym in town.

Azwan seized the moment and made full use of the gym and the opportunity before him. The gym was not the most equipped but he never skimmed on hard work.

His hard work paid off and by the age of 18, he brought home a silver medal in the SUKMA competition. After that, he was selected to represent Malaysia in a competition in Sweden and many other countries.

Azwan’s ‘NEVER SAY DIE’ attitude not only propelled him to be a champion but was also lifted his whole family out of poverty. Through the earnings as a Muay Thai fighter and from various sponsorships, Azwan has created a steady income stream to support his family.

Azwan’s story serves as an inspiration for us to never look at our current circumstance as a hurdle but a challenge to overcome.