Malaysia’s 2nd In Asia For Youth Cyberbullying – Is There A Deeper Reason Behind This Behaviour? 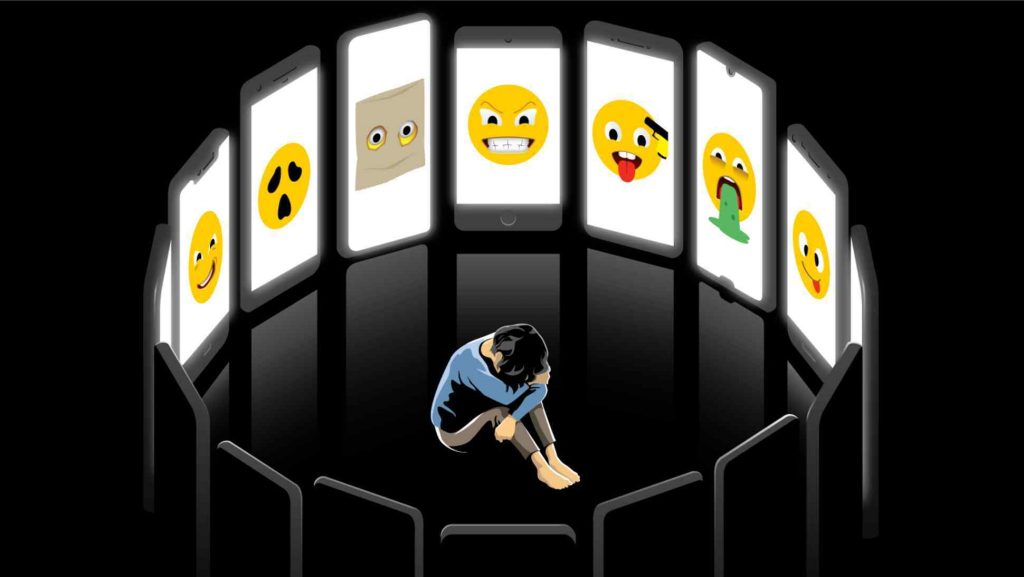 When Malaysia’s shuttlers Chan Peng Soon and Goh Liu Ying were defeated in the 2021 Tokyo Olympics, the online backlash was overwhelming. National hero Lee Chong Wei stepped into their defence[1].

Former Miss Universe Malaysia, Samantha Katie landed in hot water over remarks regarding the Black Lives Matter movement[2]. What followed was uncontrolled online abuse from Malaysians and people from other countries. Instead of educating, many instilled hate.

18-year-old Ain Husniza shed light on a rape joke made by her teacher. While she received support for speaking up, she received more hate than anticipated[3].

These stories highlight the extremity of how cyberbullying is spreading like wildfire in Malaysia.

Cyberbullying is a serious offence. In simple terms, it’s bullying through the use of technology[4].

Just as any form of bullying would leave an impact, cyberbullying leaves digital footprints. This becomes a hindrance for victims to move past their pain.

Malaysia recognises the foul act of cyberbullying. According to the Communications and Multimedia Act 1998 (Act 588), anyone with the intent to misuse content applications to annoy, abuse, threaten or harass any person can be charged.

No content applications service provider or other person using a content applications service, shall provide content that is indecent, obscene, false, menacing, or offensive in character with intent to annoy, abuse, threaten or harass any person. A person who contravenes subsection (1) commits an offence and shall, on conviction, be liable to a fine not exceeding RM50,000 or to imprisonment for a term not exceeding one year or to both and shall also be liable to a further fine of RM1,000 for every day or part of a day during which the offence is continued after conviction[6].

However, the lack of laws to tackle cyberbullying directly have yet to be established.

In 2021, Mustafa Ahmad, Malaysia Cybersecurity Outreach and Capacity Building senior vice-president spoke on the issue and announced that the government was in the midst of framing targeted laws on cyberbullying[7].

Cyberbullying is quite rampant these days, in 2020 Cybersecurity received 596 reports of cyberbullying or harassment compared to 201 reports in 2019. For 2021, as of July, we have received 267 reports. – Mustafa Ahmad, Malaysia Cybersecurity senior vice-president[7].

A research was conducted in 2017 by scholars at Universiti Tun Hussein Onn Malaysia on cyberbullying and Malaysian students.

Out of 712 respondents, over 60% admitted to being a victim of the crime.

The after-effects of being bullied are dreadful. These students became over sensitive to their surroundings, experienced emotional changes, and avoided mixing with family and friends, among other effects.

Some had suicidal thoughts and others even went as far as to attempt it[8].

In 2019, a 16-year-old Sarawakian took her own life hours after posting an Instagram poll asking followers to decide if she should live.

This left many speechless and made headlines on how laws should be formed so that history doesn’t repeat itself.

I feel we have to be very, very careful when it comes to matters like this. I think it is a serious matter where social media is being used in a manner that can endanger the lives of certain people. – Gobind Singh Deo, former Minister of Communications and Multimedia[9]

Identifying The Root Of The Problem

Being bullied through any means is a traumatising experience. It is difficult to pinpoint the exact reason why bullies feel the urge to take down others.

According to research by the University Of Georgia, social media addiction is highly linked to cyberbullying. Online interaction and face-to-face interaction causes adolescents and those addicted to social media to adapt to a different set of values[10].

Online anonymity is a gateway for aggressiveness. Bullies are unable to see the effects of their actions.

Hence, the never-ending cycle of cyberbullying.

Social media addiction is when people crave it when they’re not on it, and continue their social media use despite negative consequences. –  Amanda Giordano, (principal investigator of the study and associate professor in the UGA Mary Frances Early College of Education)[10]

In this day and age, those who are wheeled into social media and its negative effects often find themselves wanting more.

It’s feeding into that addictive behaviour, and they may be using cyberbullying as a way to get likes, shares, comments and retweets. – Amanda Giordano[10]

Oftentimes, cyberbullying takes place because bullies project personal problems onto others. These problems are amongst a myriad of reasons which involve family issues, lack of parental involvement, and struggling with unresolved issues.

There is inconclusive data in Malaysia to support whether socioeconomic standing and cyberbullying are linked.

However, there are reports which suggest that being a bully victim is associated with poverty, poor parental education and economic disadvantage[11].

In contrast to this, a study on workplace bullying suggested otherwise. This study showed that while those from low-income backgrounds experienced greater psychological distress, bullying was more common among those from higher-income brackets[12].

Regardless of socio-economic background, anyone can be susceptible to cyber-bullying and as a society, we need to know the boundaries and how to stand up for ourselves or each other.

Standing Up For The Right Cause

Malaysians must continue stepping up, urging the government to do its part.

Mere talk won’t get us anywhere, and many cyberbullying victims have paid the price.

The lack of concrete data in the Malaysian context should encourage further analysis of cyberbullying by experts in the field.

If you’re a victim of cyberbullying or would like to see how you can do more, visit the links below:

Befrienders is a not-for-profit organisation providing emotional support 24 hours a day, 7 days a week, to people who are lonely, in distress, in despair, and having suicidal thoughts – without charge.

The Ministry of Women, Family and Community Development (KPWKM) has set up an integrated action committee to tackle cyberbullying and online sex crimes against children. Visit their website to see how you can be an advocate to protect society from being cyberbullying victims

HAKAM was founded under the leadership of two of Malaysia’s former Prime Ministers, namely, Tunku Abdul Rahman Putra Al-Haj and Tun Hussein Onn. HAKAM is registered as a society with the objective to, among others, promote, preserve and defend human rights in Malaysia.