Let’s Get Real: Voices Of Individuals Who Grew Up In Institutional Care 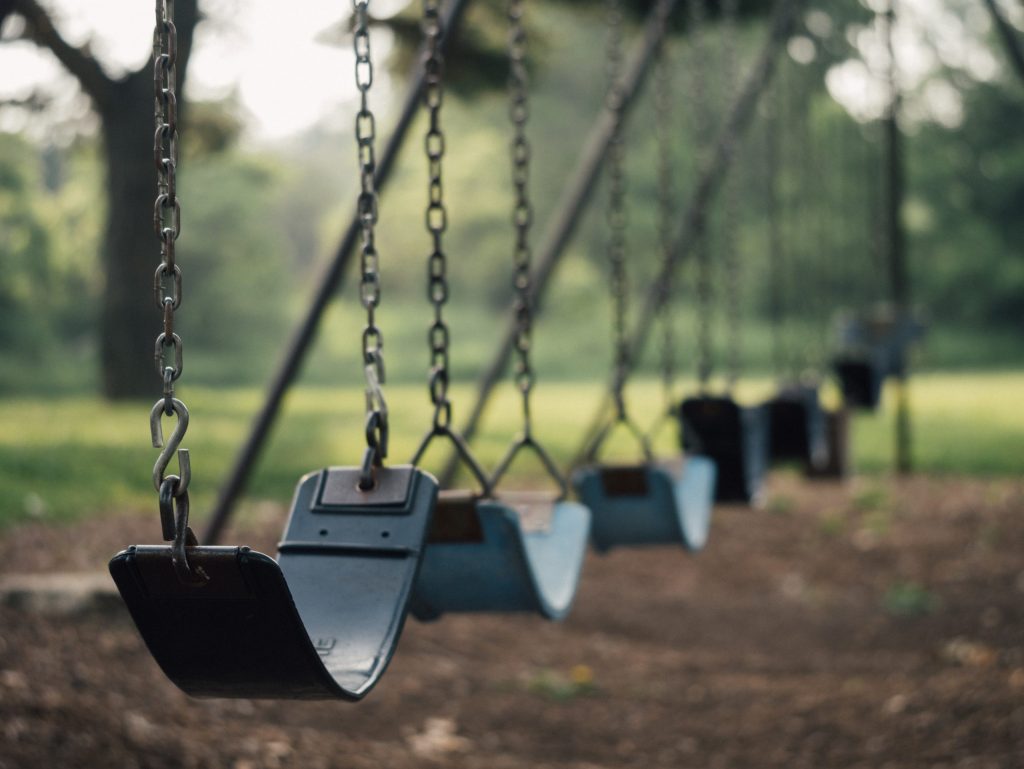 Have you ever wondered what it’s like living in an orphanage or welfare home? We spoke to two individuals Nathan** and Amelia** who grew up in institutional care facilities in Selangor and they spoke openly to us about their upbringing, experiences and the unseen impacts it had on their life as a child.

Today, both Nathan and Amelia are customer service executive and cabin crew respectively  and they live decent lives. But their future could have been very different in many ways if it had not been for the experiences they gained, both good and bad.

Nathan’s parents enrolled him and his brother into institutional care as they faced difficulties sustaining and taking care of Nathan and his brother sufficiently. His father worked three different jobs in a day to ensure there’s food on the table and also to fund his semi-paralysed mother’s increasing medical expenses at that time.

My father is a sole breadwinner and financially, he struggled a lot especially due to my mother’s medical expenses. My elder brother was sent home in 1998 because they could not afford to take care of him. – Nathan

Children placed in institutional care are predominantly children who belong to single parents, large families, broken families, low-income families or they have become a liability to their living relatives[1].

In some cases, poverty has pushed parents to desperation by sending their children to institutional care in order to safeguard their child or children’s future and wellbeing. This was the case of both Nathan and Amelia.

Amelia entered institutional care at 9 years old. She lost her mother at the age of 6 and her father was unable to support her and her brothers financially so he sent them to a relative’s house.

However, they were mistreated and the remaining care option was to place Amelia and one of her older brothers in a Home. With the past mistreatment, Amelia was naturally scared and apprehensive of people in general from the start.

I was scared initially of being sent to a Home. I have been abused before, so I am quite scared of people in general. – Amelia

True to the intention of their parents of sending them to alternative care, it has opened up new opportunities and paths for their children to embark on rather than a life led in poverty.

Nathan benefitted from the programs organised by his care home that unlocked his new potentials,he was involved in arts and drama during his teenage years. At the same time, he slowly understood his parents’ intention of sending him there.

If I were with my parents, they may not fully consider my studies, so I may not be able to go to college. Maybe I would’ve just worked after SPM. At the Home, they pushed me to aim higher. I found new potential in myself because of the opportunities that they gave me. I am able to write songs, compose music, create drama or short films. – Nathan

Upon completing SPM, he earned a scholarship and as a result, he gained a diploma in Human Resources.

Amelia, on the other hand received a scholarship after her SPM and completed a certificate in administration and secretarial. She was glad to have a mentor figure, a caretaker from her previous Home, who had encouraged her to further her studies.

He [referring to the Home caretaker] is my backbone. He taught and corrected me when I was wrong. He was the one who pushed me to succeed and to go further in my future. – Amelia

But, Nothing Replaces The Love Of A Family

Undeniably, children in institutional care are given the stepping stones to explore their capabilities and those who are doing well in school are rewarded with scholarships and sponsorships. But, there are always two sides to a story.

To Nathan, he recalled that the early stages of his stay in institutional care were tough and he struggled to adapt to his new environment.

But we don’t get the love that we need from our parents. We have friends who make us forget, but it is different from staying with parents. – Nathan

Amelia also personally recounted that Christmas was her favourite time of the year as they received gifts and presents from the Home. However, all that glitters isn’t gold as the children at the Home, including herself, were yearning for the love of their parents.

Yes, we receive lots of gifts, or are able to attend functions. But the children including myself,  we don’t get the true love of parents. We are always seeking love. – Amelia

The young Nathan and Amelia aren’t alone with this sentiment, as Think Of Us 2021 Report [2] have found that most institutionalised youth felt that they needed love and care, supportive and dependable relationships that would allow them to grow emotionally and socially.

At the end of the day, institutional care is a temporary means to a problem. Nathan reconnected with his older brother and father once he was out of the Home. Amelia who had maintained a good relationship with her family over the years is staying with and tending to her father and her ill elder brother.

Adapting To The Real World

Amelia highlighted that the life she led at the Home is comparatively different to the life out there.

Life in Home consisted of just staying at Home and school. But the world outside, we would have to learn about people around us. It is likely that children from Home can be cheated by others, they aren’t able to differentiate the good and bad touches and what is true love and the meaning of family. – Amelia

Her worry is resoundingly true as based on a pilot study by Mohammadzadeh (2017) [3], a majority of Malaysian adolescents in institutional settings did not have appropriate knowledge of life skills. The adolescents shared the life skills which are important to them including the ability to say no, commutation, anger management and coping with emotions.

To Nathan, the life he had led in the Home made him an upright individual who is both disciplined and independent. However, he conveyed that there is a timetable allocated in the Home, a routine to be followed.

At the Home, there was an established routine – when to study and when to watch TV. – Nathan

Youth in the ‘Think of Us’ report indicated that the routine provided a sense of stability. However, some had commented that they require an extent of freedom and autonomy in terms of their daily activities which would allow them to manage time better personally [2].

At the same time, the Home was strict in its no-visitors policy to protect the children’s safety. It restricted Nathan’s interaction with his family, especially at a time when mobile devices and technological reach is limited.

We didn’t have mobile phones back then, so I had less contact with my family. – Nathan

Limiting the interaction of children in institutions with their families has been under scrutiny in general. A report on institutional care in Malaysia[4] also found that parents would have to seek permission to visit their children, which makes it less likely for family and children to maintain a good relationship.

Is Institutional Care The Way Forward?

Nathan and Amelia are examples of those who did not take their second chances for granted. They have succeeded with their perseverance, help from the Homes they have resided in and escaped the poverty cycle they were once part of.

However, the reality for many others may be unfavourable as statistics have shown. There are instances in which children find it difficult to reintegrate into their biological families, and in society [5].

As a result of poor integration, there is a higher likelihood of socio-psychological issues that stems after they depart from the Homes.

The structure of the home which consists of a huge amount of other children makes it difficult for each child to receive individualised care, and at times the role of their living parents has been removed from child care.

Amelia heartbreakingly relayed that she wouldn’t want anyone else to be sent to Homes.

I don’t encourage parents to send children to Homes. In any situation they have to look after the children. Living in Homes can change the mindset of the children. – Amelia

And she is right in that aspect. Studies have shown that institutional care is inadequate at times to promote social, emotional and cognitive development of children especially if the child was enrolled at a young age.[7]

95% of the participants in the ‘Think Of Us’ report [2] agreed that there should be an end to institutional care. Of course, the findings should be taken with a grain of salt as institutional placement in Malaysia has shown its benefits too, based on the success of Amelia and Nathan.

With the involvement of Lumos, an international NGO aimed at replacing institutional care with community-based care, the shift to family-based care and deinstitutionalisation of Homes are in the works. Research had also suggested that preventative measures should be in place in circumstances when families are unable to support their children such as finding out the needs of the family and supporting them further.

Institutional care should be the last resort when it comes to children who are placed in Homes due to poverty [2].

It is in the child’s best interest to have a family who shelters, provides and loves them. And as the CEO of Lumos, Georgette Mulheir puts it, no amount of money or investment to institutional care could replace that.

No matter how much money you throw into an institution, you cannot create an environment that replaces a family. And even if you have staff, they change every eight hours (according to their shifts) and the child can’t form relationships in the way they would with their father, mother or siblings. – Georgette Mulheir, CEO of Lumos[6]

This article is part of Wiki Impact series uncovering the orphanage landscape in Malaysia. In the earlier part of this series, we have encountered the different safe spaces out there for children and we have heard the difficulties faced by the people manning safe spaces in Malaysia. In this article, we have heard the voices of those who were sheltered by institutional care and also the drawbacks of institutions. The final part of the series will highlight the efforts out there to further improve the vulnerable children’s future.