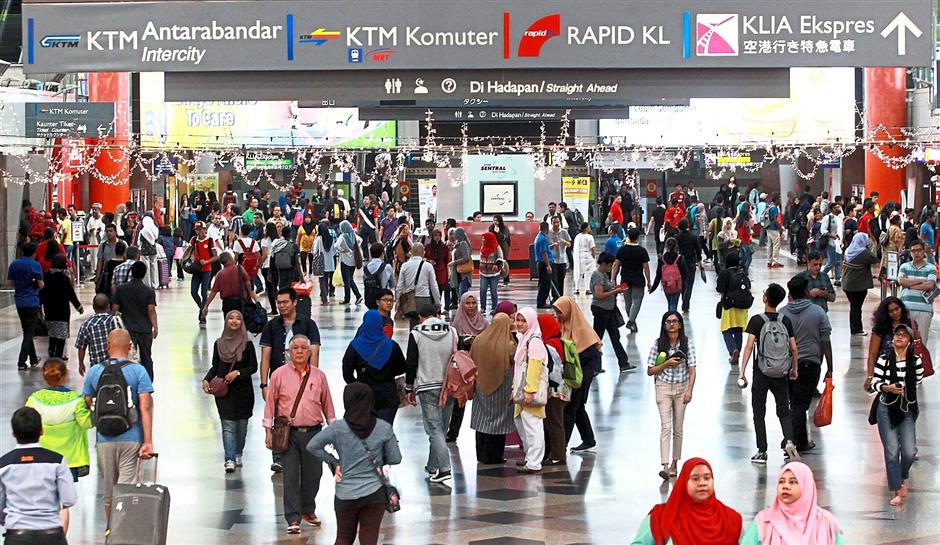 We have all heard of the narrative of a small town girl moving to the big city, in order to make her dreams come true. Just like anywhere else in the world, Malaysian cities are laced with new prospects and deemed as the land of opportunity, by those that have only been exposed to paddy fields, rubber tree plantations and quiet villages. Life in the big city is exciting, but it can also swallow you whole.

A study by the United Nations division of population which revealed that the urban population in Malaysia is on the rise.

What many overlook when making “ The Big Move” is that what may have been enough in rural regions, is nowhere near par in the urban jungle. Yes, the city holds new prospects for secondary and tertiary education, and entirely new social attractions, but you have to compete to get in.

Whilst many migrate to the city in search of employment, not all take into account the basic qualifications needed to get the “high paying jobs”.

The reality is, that when the majority of the migrating population shift from rural to urban areas, the lack of qualification, low education level, and lack of necessary soft skills make them unemployable. When that happens, they are forced to take on entry-level contract jobs and even hard labour jobs.

UNICEF identified that those heads of households that fell under the urban poor demographic, worked 48 hours a week compared to the national average of 47 hours. For those working 48 hours, they only earn RM9 per hour compared to RM12 per hour for 47 hours[3].

Not only do they face difficulty obtaining a job, but the UNICEF report also showed one in three have no social safety net leaving them vulnerable to economic shocks.

Despite working longer hours with lower pay, they do not enjoy any financial fringe benefits as most white-collared workers do[3]. As a matter of fact, one in three heads of households earns less than RM2,000 monthly.

For households led by women, more obstacles stand in the way of their employment.

This figure is just slightly higher than Indonesia and Philippines but much lower than Singapore, Thailand and Vietnam.

Over the past three decades, the labour force participation rate for rural men is generally higher than urban men[5]. However, for women, it is the reverse. In order for a woman from the rural areas to obtain, secure and hold a high paying job, they are required to have higher education levels and they are required to put in more work and effort in order to be noticed.

Of course, there are instances of hard-working women that have risen against these challenges. For example, Puan Sarena Binti Mohd Yusof is a successful business owner of Saz.Kitchen[6]. Her efforts to bring her family out of hardship bore fruit as now she triples her previous earnings.

Preparing The New Generation Of Rural To Take On The City

In order to mitigate the rising problem of urban poverty, the government could assist by providing training to help rural folk who migrate to urban areas develop new skills and secure employment with better incomes.

Those already inhabiting urban domains, are encouraged to venture into entrepreneurship. By learning the basics of business and marketing, urban poor families are able to generate more money.

With the internet, the world is their target market. Especially in this day and age, we never know what will be the next “viral” product.