“I Want To Go To School”: Cries Of Stateless Children 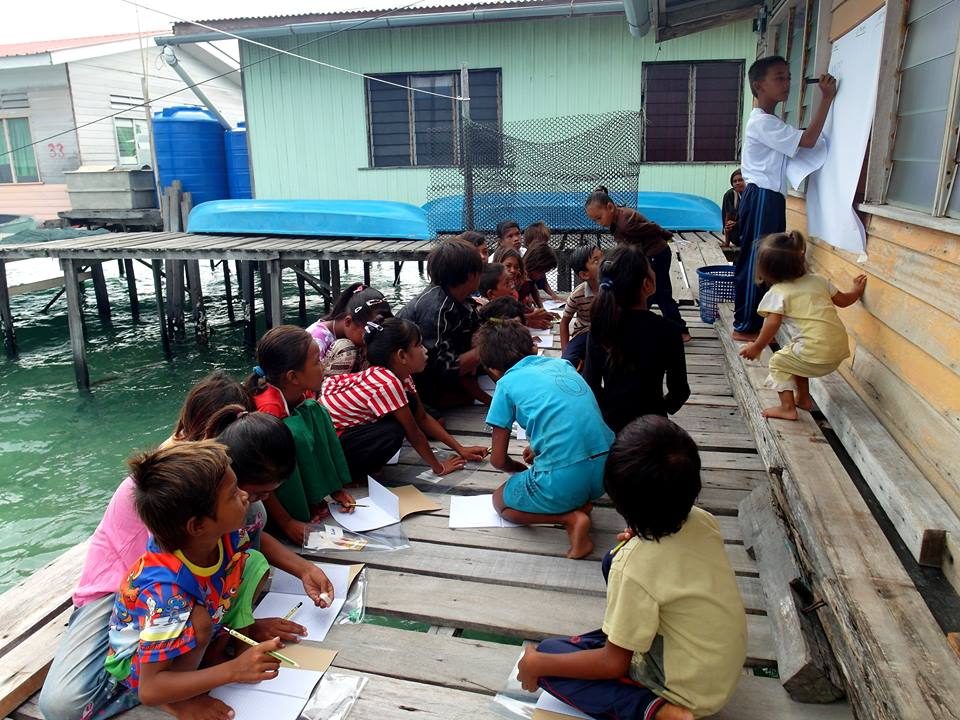 Statelessness is a common issue faced by thousands in Malaysia. While there is an estimated population in Peninsular Malaysia, there is no concrete data on stateless communities in East Malaysia due to the complexity of history and irregular migrant flow into the state. In Sabah, most of the stateless communities are of Filipino or Indonesian descent[1].

Many of these communities have lived a large portion of their lives in Malaysia (third or fourth generation), yet they are not given the right to citizenship. Those who suffer the brunt of it are the children, because their future is dependent on a legal status to earn an education, make a living and have children of their own.

Film maker Putri Purnama Sugua from Sandakan lived among stateless communities. In a news article she shared that she found it strange that the stateless children did not attend the same school as she did. This led to her curiosity to find out more about them and eventually become a film producer focused on telling stories for and about the marginalised in Malaysia.

It’s horrible that they come to realise so early on in life that they can’t go anywhere without that one document that everyone else has, and it’s not fair[1].

Education is a fundamental human right of every human being. Article 26 of the Universal Declaration of Human Rights stipulates that all persons shall have the right to free and compulsory education, at least in the elementary stages[2].

Stateless children, through no fault of their own, are born into a world in which they will face a lifetime of rejection, disappointment and discrimination. Children are forced to find a sense of belonging that will not be validated with any documents.

According to the United Nations, Malaysia has seen some recent improvements with the introduction of the “Zero Reject Policy” by the Ministry of Education. With this change, 2,635 stateless children were enrolled in public schools in 2019[3].

However, Malaysia has yet to sign the 1954 and 1961 Conventions on the Reduction of Statelessness and does not have a legal and policy framework that protects the rights of stateless persons[3].

The 1954 Convention establishes minimum standards of treatment for stateless people including, but not limited to, the right to education, employment and housing. Importantly, it also guarantees stateless people a right to identity, travel documents and administrative assistance[4].

‘Di Sini Aku’ (I am here) captures the very sentiments of a child fearing to dream big because of the invisible barriers that are before her. Raina, a 10 year old stateless girl struggles to voice her ambition even as she battles to find her identity and belonging. The video is shot in the Alternative Learning Centre of Kampung Lok Urai in Pulau Gaya, Sabah. Raina is one of many ‘voiceless’ children in Malaysia.

‘Aku Mau Skola’ (I want to go to school) is another inspiring short documentary by the same film maker on the plight of the stateless children in Sandakan where she grew up. She felt so strongly about the issue saying,

It breaks my heart when I see how passionate these kids are to get an education. They don’t have anything else. They struggle, but even then, they want to go to school. School is cheap here. You usually pay 50 sen a day, but this is not easy for most of the stateless kids. They’re hungry for knowledge, and they want to make it out in the real world[1].

The documentary features Rujiah Sami, a dedicated and passionate educator who tirelessly teaches a group of 70 stateless children in a beaten-down wooden shack in a village in Sandakan. Rujiah founded a school four years ago to provide basic education to those living in her community. Aku Mau Skola follows a group of young children and their relentless pursuit for an education – collecting rubbish by day to earn some money and walking to school every day to learn a thing or two.

Every child has the right to education. It should never be only for the privileged.