I Have 8 Siblings And Was Raised By A Single Mother. Here’s How I Broke Out Of Poverty.

In Malaysia, there were over 230,000 single mothers reported in 2016. This number has since increased[1]. During the Covid-19 lockdowns, some marriages were on the edge. It was reported that during the pandemic, 78,000 divorces were filed[2] and this would have added to the number of single parents.

With the rising cost of goods and the challenging economic landscape, parenting and raising children is no easy feat, regardless of socio-economic background. Single parents have it even harder. Single parents go the extra mile to ensure their families have basic needs to survive[3].

With the burden of being the sole provider, many single parents have no choice but to rely on their older children to help out in caregiving, child-rearing and even financial support.

This was the case for Matthew**, a 27-year-old restaurant manager. Matthew’s life is quite different from his childhood days. He grew up with 8 other siblings and he lived in poverty. His mother, Susan** was a single parent who struggled and fought hard to keep the family alive.

The Struggle Is Real For Single Parents

They [single parents] have to juggle taking care of their children and other commitments, making it difficult for them to hold a full-time job. – Goh Teck Kuan (JiShan Single Mother Club chairman)[4]

Besides financial burdens, single parents spread themselves thin with the responsibilities at hand.

Although the Malaysian government provides monetary aid from time to time, this aid can only last for so long. In Budget 2022, the current BKM scheme has allocated RM2,000 for single parents with three or more children[4].

Not all single parents are divorced or have a deceased spouse. We should recognise that these individuals need assistance as well. – Apipah Ismail (Chairman -Pontian Single Mother Entrepreneurs Association)[4]

Growing Up In Poverty

For many of us, an ideal family without struggle and hardships is a dream.  Reaping the consequences of poverty is gruesome. A life of comfort was far-fetched for Matthew and his family.

Matthew’s family grew up in a tiny house in Balik Pulau where the absence of electricity and water became a norm.

His house did not have much furniture and every material possession he owned was because of need, not because of want. During the rainy season, floodwaters would threaten to gush in and the roof would leak occasionally.

Adding to the chaos, Matthew had an abusive father, who was an alcoholic. He often lashed out at his wife and children. Multiple police reports were lodged against him but to no avail. The toxic environment continued until one day, Matthew’s father walked out on them – leaving his wife to care for Matthew and his siblings.

I remember there was only one meal for everyone, every day. – Matthew

Each family member was limited to only one meal a day and it was usually porridge.

As a result of unimaginable living conditions and a life of struggle, Matthew often questioned his purpose, particularly why his father walked away and left his family in shambles.

Working For His Family’s Survival

To relieve family burdens, Matthew began working at the tender age of 13.

My mother had no choice but to send me to work. I started working at 13 years old doing odd jobs. – Matthew

Some of the jobs Matthew did include selling tokens at the funfair, wiring and painting jobs, working at the pasar malam and getting involved in renovation and construction work.

While child labour is frowned upon and illegal by law, poverty pushes parents to the limit – even to enlist their own children to help out financially.

In Malaysia, the Children and Young Persons Act (Employment) Act 1966 states that no children under the age of 15 years old and young people under the age of 18 years old should be working[5]. What is not anticipated, however, is that the informal sectors (odd jobs) such as car wash centres, stalls, and night markets are unaccounted for.

Filling The Void Of A Father Figure

Despite tough circumstances, Matthew and his family forged tight-knit relationships. They were and still are his utmost priority. Matthew took on responsibilities before he was able to fully grasp what it meant to support the family.

We understand each other. I became like a father to all of my siblings. – Matthew

Matthew and his mother developed a unique and unbreakable bond. Through the years of raising the family together, Matthew describes his relationship with his mother as ‘brother and sister’.

Giving Up The Life He Could Have Had

Part of providing for his family meant giving up his own dreams. He currently has a certificate in Manufacturing. However, Matthew never got a chance to further his education.

For Matthew, setting aside his own ambitions meant fulfilling the dreams of his younger siblings, and that was more than enough.

He’s also sacrificed relationships and a career move to Singapore to ensure the well-being of his family stays intact.

Reap What You Sow

Despite the numerous obstacles life has thrown at him, Matthew remains determined to fulfil the desire of pursuing a business degree and soon after, launching his own business.

Matthew’s resilience, love and dedication toward his family is an outstanding example for his siblings to follow. He also recognises that those from low-income backgrounds can change their future if they work hard at it.

Today, Matthew continues to work hard and currently has a stable income. Although life is not lavish for him, it is far more comfortable than it was before. The future for Matthew, his siblings and his mother is brighter today than it ever was before.

Don’t just keep waiting for someone to help you. – Matthew

His message to those facing the same hurdles as him is to never be naive and to be wise, especially in aspects of finance.

Note: ** Names have been changed to protect the privacy and confidentiality of individuals. 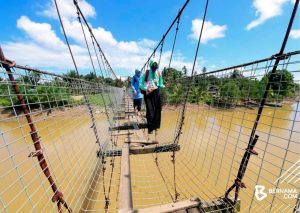 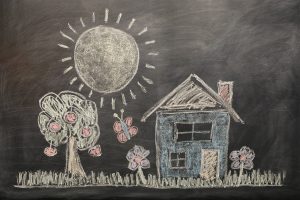 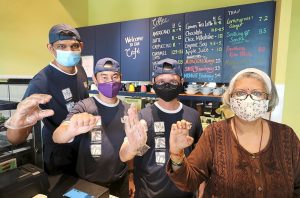 Dining For A Cause: 9 Social Enterprise Eateries In Klang Valley