How Do Refugees Make A Living In Malaysia? 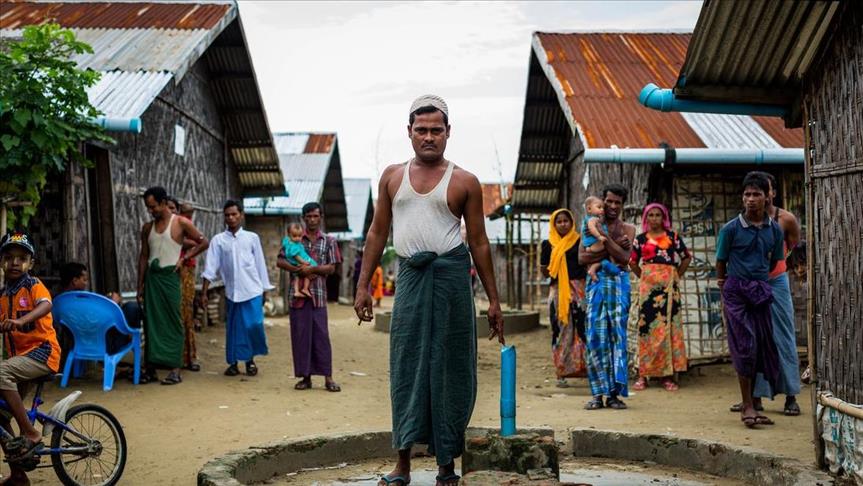 You were born in a particular country, of a particular ethnic group, belief system and ideology – all within a specific period of time not of your choosing and not within your control. As you grow older you find yourself in the victim seat of riots, looting, arson, rape or violence and your living environment is life-threatening, dangerous and full of conflict. You don’t know any better but you know that the chaos happening around you isn’t right and the place of your origin is no longer safe to stay.

You try to escape. Your journey to a country where it is safe and whose people share similar beliefs in hopes of a better life. The trip to this ‘promised land’ would involve working hard to afford a spot in a boat to take you there. These boats are often overcrowded and you will have to be mentally prepared to brace the discomforts of sharing a boat with others in unsanitary conditions and endure hunger and thirst for weeks on end. There is also a possibility that you will be physically and verbally abused and you’re praying your hardest that you will not be a victim of rape or violence at sea. At this point, leaving your country is the only way out and you’re willing to take this crazy risk to get to the ‘promised land’ – Malaysia.

Upon arrival, you realise your safe haven wasn’t as dreamy as you thought it would be. You see boats being pushed back to sea, by the government that doesn’t want you in their care. You are told you have one year to resettle somewhere else, but you have nowhere else to go. You cannot go back to your country and you have no one to turn to. You are a refugee in a new land.

Malaysia does not accommodate refugees. There are no camps or shelters, no official aid or assistance offered to refugees, yet they live among us. In 2019, there were a total of 178, 710 refugees and asylum seekers were registered in Malaysia. There were at least another 80, 000 more that were undocumented[3].

Whilst refugees in Malaysia are not at risk of deportation, they are still at risk of arrest, detention, extortion, and corporal punishment[4]. They are restricted from accessing healthcare, education, and even finding work because they are refugees[4].

The Malaysian government has considered issuing temporary work permits to allow them to work legally, however many of these schemes have yet to be successfully adopted and implemented. This is surprising seeing as Malaysia depends a lot on its foreign workforce.  According to the Temporary Work Visit Pass data from the Ministry of Home Affair, there were a total of two million foreign workers in the country as of 30 June 2020[5]. This is a substantial increase from only 1.4 million refugees in 2011[5].

If it is illegal for refugees to work in Malaysia, how do most of them make a living?

The International Rescue Committee (IRC) found that 92% of refugees said they, nor their family members, had ever received aid or services during the previous year[4]. NGOs that usually assist the vulnerable community are often conflicted in working with refugees as they are technically an ‘illegal population’[4]. In most cases, refugees are left to survive on their own.

One study, highlighting the livelihoods of the Rohingya communities described them receiving help from other Rohingyas. Their own social network of family members, friends, neighbours and kind strangers, provide social capital, protection, livelihood support and shelter. The refugee community is so closely intertwined with one another that they are willing to share accommodation, lend or give money, and help one another find work. As a matter of fact, the majority of refugees rely on their social networks to find employment[4].

I went to Penang, and when I got off the bus I went to a tea shop and met a Rohingya man, a refugee with a UN card. I explained my story to the man, and that I had no place to stay, and the man told me to follow him and got me a job. – Rohingya Refugee[4]

While it may be illegal to employ a refugee, some Malaysians are willing to take the risk and prefer hiring refugees. They can do it for both charitable or exploitative reasons. This is shown by UNHCR, 2019 whereby the main registered sectors of informal employment for refugees and asylum seekers in Malaysia were agriculture, construction, and cleaning with over 47,000 workers employed[6].

There are advantages to these work arrangements, for example, a refugee named Halek, who has been living in Malaysia for over twenty years has been working multiple construction jobs. His work environment forced him to learn to speak Malay and as a result, he was able to find new job opportunities with the newfound language.  After four years of hard work and learning Malay in the process, he was able to save money to pay for his family to join him in Malaysia[4].

However as these contracts are difficult to come by, there are other informal jobs that refugees take on. For example, the self-employed sector includes recycling collectors, fish sellers, daycare workers, restaurant or shop managers.

There are also those that work for refugee communities. Some act as Imam for their community. Others work as NGO workers or educators, teaching refugee children. A refugee named Noor ran a daycare programme for local Malaysian children. She loves her job and has integrated well into the Malaysian community, rarely being harassed by police. Noor’s case is one in a million where she has successfully and seamlessly blended into Malaysian society[4].

A sad reality that many refugees face is that the skills that helped them find work in their home countries are not valid or useful in finding work opportunities in Malaysia[4]. A farmer in Myanmar rarely gets similar work in Malaysia. The same goes for fishermen, cleaners, and students. Usually, those with skill sets in construction work, food and beverage, mechanics, and shop workers are more likely to find work relatively similar to their expertise[4].

Self-employed refugees are commonly considered as the few who were able to beat the odds. Mohamed, a Myanmar refugee, originally worked as a grass cutter in Malaysia[4]. However, with his previous skills as a businessman in Myanmar, he began selling goods from his car and managed to save RM30,000 in three years. With several ups and downs in his career including rising competition, an increase in police bribes, and severe injuries, he finally opened a tea shop. Due to his hard work, and strong connections he was able to succeed. Mohamed is considered a success story in his community, yet even now he still struggles to keep his business alive[4].

At the end of the day, regardless of the form of employment, all these refugees are working towards a better life. When asked they said they simply want to achieve financial stability, the UNHCR card, and to obtain the rights and freedoms they deserve as human beings. Many are pushing forward, not for their own lives, but for the sake of their children’s futures[4].

If we have full rights and freedoms anywhere and the ability to improve our life I would go to that place – not necessarily resettle, could be Myanmar, Malaysia or anywhere. – A Rohingya Refugee[4]

Here are several organizations and businesses working with the refugee communities, helping in fields of employment.

Find data, maps and how you can help in our report – Providing Hope For The Refugees in Klang Valley.