How Are Orang Asli’s Coping With The Pandemic? 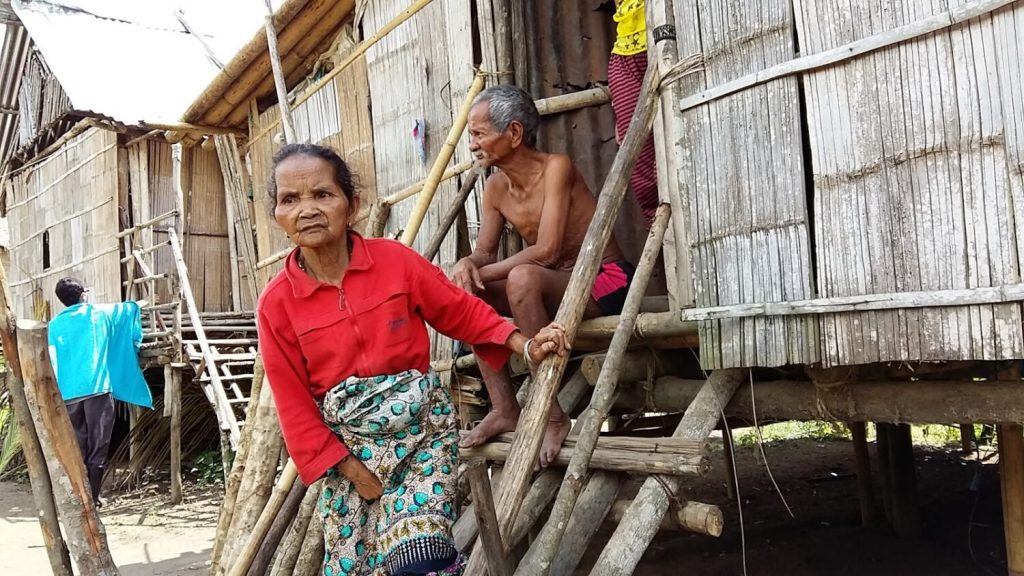 The coronavirus pandemic has impacted every person – young and old, every community – rural and urban and not one has been spared. But the impact is not equal, nor in the same way. For communities who were already vulnerable and marginalised, their challenges were exacerbated and inequalities were even further exposed by the pandemic. One of these groups is the Orang Asli communities, the first people of Malaysia.

Their marginalised status makes it even harder for aid to reach them. Remote communities living in the interiors face a combination of logistical and data gaps issues making it difficult for relief and help to identify, locate and reach them[1].

Loss Of Livelihood And Food Security

Whilst almost everyone is vulnerable to the economic impacts of Covid-19, indigenous populations are seen as one of the groups who face the highest risk and degree of socioeconomic marginalization[2]. Food insecurity and loss of livelihood are seen as another hurdle for the indigenous community.

Many Orang Asli’s are still hunters and gatherers, and their income depends on selling their harvest in markets. Travel restrictions between districts made it difficult for them to make ends meet.

With no income, no access to alternative avenues of income, and no natural food source, their hands are completely tied. -COVID-19 Collective for Orang Asli[3]

Residents of Kampung Lubuk Perah, an Orang Asli settlement in Pahang, weighed the risks of going out to get food against the possibility of being arrested or infected. Following the MCO’s implementation, the village worked with the adjacent oil palm plantation to seal itself off. Isolated, cash-strapped and fearful of Covid-19 infection, they have no choice but to rely on government and civil society assistance to get by.

Usually, we depend on selling rubber and oil palm, but the towkay (middleman or wholesaler) is not going to come now. And if we can’t sell our products, we can’t get money. How are we going to buy food? – Orang Asli in Kampung Lubuk Perah[4].

The pandemic has deprived the Orang Asli of livelihood opportunities that are already hard to come by and causes them to lose whatever savings they have saved previously. The poverty cycle is almost impossible to escape under these circumstances.

While students in urban areas faced adaptability issues when it came to online learning, Orang Asli students had little to no internet access to do basic online learning. A majority of the parents were undereducated and did not have much IT literacy, to begin with. This made it almost impossible for parents to help their children[6].

Sixty students of Batu 6 Orang Asli Village in Batu Padang, Perak were unable to attend their online classes. Parents of these students were concerned about their inability to study because internet connectivity in the area was slow and unstable[7].

Internet connectivity is not good enough. It is affecting our children’s studies and their ability to follow e-learning classes set up by their schools. I am pleading with the state government and Education Ministry to do something about this. As a parent, I cannot bear to see our children being left behind in their education. – Tok Batin Ismail Balah[7]

Nurul Aini Zamri, a Mah Meri teenager from Kampung Orang Asli in Pulau Indah, Klang was concerned about her SPM examinations despite the postponement to next year. She faced connectivity issues and was unable to download revision exercises from her class teacher on WhatsApp. Additionally, her online learning was only possible on her father’s mobile phone using mobile data.

A UNICEF report highlighted three cases of child marriages among the Orang Asli community during the MCO period[6]. It is widely known that economic insecurity can lead to child marriage as a means of easing the financial strain on a family. Child marriage may also be a survival mechanism for families on the edge of hard-core poverty[9].

Research shows that education is an effective measure to protect children from being married off. However, because of the educational challenges faced by the nation during the pandemic such as school closures and poor online learning, Orang Asli children are missing out on school. This inadvertently increases the risk of children, primarily young girls entering into early marriage when school is no longer an option[10].

UNICEF also reported an increase in family tension amongst adolescents and youth due to unhealthy and lackadaisical behaviour[7]. Because of the lockdown restrictions, youth who were staying in boarding homes were forced to return home. Many of them did not adapt well to the village lifestyle and were unwilling to contribute to household chores, farming and helping out in the community.

The younger generation of Orang Asli are not accustomed to the abrupt changes in their environment and therefore preferred playing computer games and surfing the Internet. Their rebellion may stem from their struggle to cope with the obligations of the rural village lifestyle, which are drastically different from more urban settings where their boarding schools or homes are located[7].

When the first MCO took place, several of the Orang Asli communities in Peninsular Malaysia barricaded their villages, fearing outsiders who might infect the villagers[2]. Some Orang Asli who were living at the forest fringes chose to retreat further into the forest, not only to isolate themselves but also to acquire a subsistence food supply[4].

During the second lockdown that started in January 2021, villagers in Kampung Chang Sungai Gepai in Bidor, Perak were faced with a food shortage. Instead of travelling out to purchase food, villagers stayed put in the village as they were stricken with fear that they might contract the virus and spread it to their families[10].

At a certain point, the village was barricaded by the villagers who refused to allow outsiders in. This included aid personnel that may not have appeared familiar to the community members, for fear of bringing in the virus. At the same time, they would not let anyone out for fear that those who left may become contaminated. Some community workers who happened to be in a village in Perak at this time were not allowed to leave and had to remain there until the MCO was lifted. Outreach work was disrupted or made difficult due to issues of access. – Staff, NGO serving the urban poor, indigenous groups and persons with disabilities[7]

Misinformation and Protection against Covid-19

Previously, as communal leaders, Tok Batins (village heads) were in charge of guiding and facilitating solutions for the Orang Asli community’s well-being in areas such as customs and traditions, development and health[12]. However, the pandemic has caused them to reposition their role to lead their communities to get vaccinated. Misconception and fears surrounding the vaccine are common, hence they will only come forward to be vaccinated if they witness others not experiencing side effects from the vaccine[11].

Tok batin Ibrahim Marjeh of Kuala Betis, Gua Musang said that villagers in his community were initially influenced by fake news discouraging them to not take vaccinations.

They told the Orang Asli that the vaccine doses contained certain ingredients which could harm and even kill humans. They also told the community that the vaccine had side effects such as paralysis and that this had been mentioned in social media. – Tok batin Ibrahim Marjeh[11]

Thankfully, the fake news was debunked and as the chief of the village, he saw his community turn around and registered for the Covid-19 vaccination[11].

Several government initiatives have begun to have the indigenous people inoculated. The Orang Asli Development Department (Jakoa) aims to complete the Covid-19 immunisation programme for Orang Asli in Johor by October[13]. Nevertheless, only four out of sixty of the Kanag villagers from Kampung Selangi in Kota Tinggi turned up for their vaccine appointment on June 25.

We believe that they are not reluctant but are taking on a ‘wait-and-see’ approach. At the same time, they are fearful and give excuses that they are safe because they live in the village. – Jabatan Kemajuan Orang Asli (Jakoa) Negeri Sembilan dan Melaka[14]

The ‘wait-and-see’ attitude adopted by the villagers will not only slow down the National Immunisation Program but their hopes of returning to their normal lives, regaining their livelihoods and food security will be delayed accordingly.

It also depends on the trends in the village. If any of our villagers agree to be vaccinated, the rest will follow. – Jabatan Kemajuan Orang Asli (Jakoa) Negeri Sembilan dan Melaka[14]

The pandemic has reminded us that inequalities within society must not be allowed to persist. It was easy to ignore the vulnerable because they usually don’t form the majority of the population. The Orang Asli’s only make up a small portion of Malaysia’s workforce – but they are the first people of our nation and must not be left behind. We are all interconnected and our society is only as strong as the weakest among us.

Written by: Rachel Tan and edited by the Wiki Impact team.