Homeless Community In Malaysia: 3 Ways The Homeless Get Access To Water 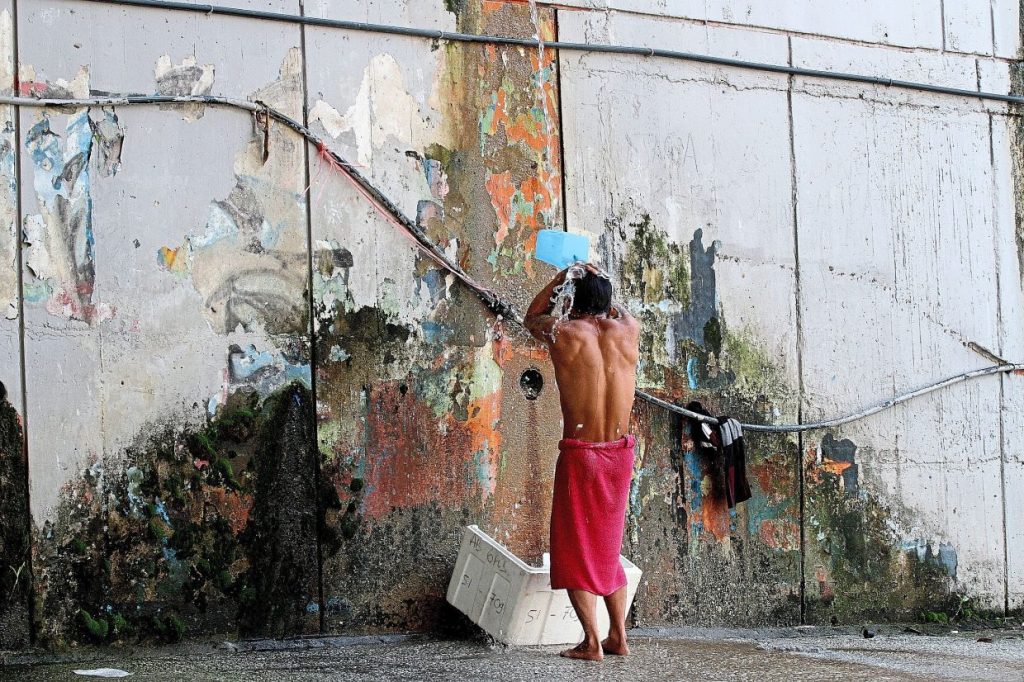 It is so easy to take for granted the effortless attempt to get access to the most precious natural resource in the world – water. We use water to drink, cook, clean, shower, grow plants, remove waste from the toilet, wash and refresh. It is essential and perhaps even more important than electricity.

Unfortunately, access to clean water is not a given for all in Malaysia – especially those who are poverty-stricken, more specifically the homeless community.

In Kuala Lumpur alone, DBKL found that there were 2000 homeless people in 2016[1]. Since the Covid-19 pandemic, the numbers would have likely increased.

The disastrous floods that hit many states in Malaysia at the end of 2021 forced many to be without shelter. During the time of temporary homelessness, flood victims were faced with clean water scarcity issues. What we take for granted is a luxury to those who don’t have it.

The United Nations recognises water as a human right[3]. Lack of access to safe and affordable water imposes serious health issues. As a privileged society, we often overlook the struggles of our neighbours facing abject poverty. It’s important to understand these issues fundamentally to aid those without access to clean water.

Here are three ways the homeless get access to water :

The homeless are forced to get water from public spaces. These include shopping mall bathrooms, available water taps along the streets and from river banks. In Kuala Lumpur, many homeless are seen lingering on the streets of Pasar Seni, Kota Raya and Sungai Klang[2]. These water sources are often contaminated and place the homeless at risk each time they turn to such water supplies.

This is the life lived by 31-year-old Sarawakian, Mazlan who’s been living on the streets of Kuala Lumpur for 16 years. He relied on odd jobs to get through, but that is not enough to sustain him [2]

People look down on us. I feel sad knowing other people have money to spend, but I do not – Mazlan, 31 year old homeless man[2]

The homeless get their fair supply of drinking water from weekly or daily soup kitchens. Together with meal packs that are given out, bottled water is also distributed.

PERTIWI, a long-standing NGO that has been helping the homeless made some observations on this community;

Most of them [homeless] do live in equipped shelters and cubicles around Jalan TAR and we have a few shelters that they go to. – Datuk Munirah Abdul Hamid, Founder of PERTIWI Soup Kitchen

According to Datuk Munirah, PERTIWI has also installed filter pumps and pipes in the area, which are accessible to the homeless. Many shelters also welcome the underprivileged to use their water sources, she added.

The homeless often build their shelters using cardboard boxes, plastic boards and cloth for over – but they don’t last long. Constant exposure to nature’s harsh elements often reduces their shelters to waste. When undone, they collect materials to rebuild again.

Plastic containers come in handy during the collection process because they make for good water salvaging equipment. Since Malaysia is blessed with rain throughout the year, rainwater is a free and practical natural resource to reuse. The homeless collect rainwater for various use – bathing, washing, cleaning and sometimes even for drinking[4].

When used for drinking, rainwater poses several health risks. Bacteria, parasites, viruses and unwanted chemicals may be found in rainwater and this could lead to a foray of water-borne diseases. Such a high health risk is not necessary for those already burdened with the lack of shelter.

But when the homeless are left without a choice, they put themselves at risk especially when they have families to care for.

These are just some ways in which the homeless get access to water. The next time you turn a tap on or consume a glass of water, only use what’s needed. If you ever come across a homeless person, be sure to reach out and spare a few bottles of clean water or direct them to one of the following organisations:

PERTIWI Soup Kitchen activities are run by a central committee and by groups of volunteers from all walks of society. To help extend its reach into the community, the organisation commenced its mobile soup kitchen in 2010 to provide free meals to the hard-core poor and homeless people.

KECHARA Soup Kitchen is led by a dedicated team of people who are passionate about serving the poor and homeless.

House of Hope is a charity that journeys with families in Penang affected by urban poverty. They provide food aid, and community support, distribute financial protection and run educational programs.