Guardians Of The Forest: Do We Give Enough Credit To The Orang Asli For Protecting Malaysia’s Natural Capital? 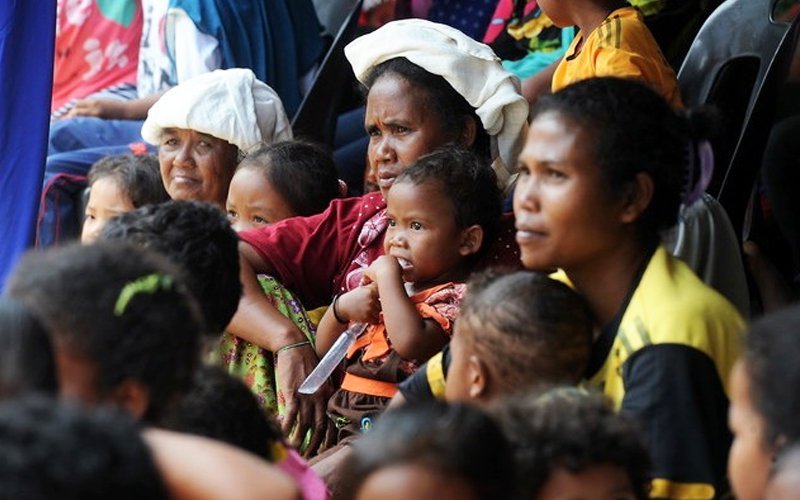 As of 2017, at least 13.8% of the 32 million national population are the Indigenous Peoples of Malaysia – known as Orang Asal[1]. The Orang Asli community is not homogenous. The community is diverse and situated in 853 Orang Asli villages in 9 states in peninsular Malaysia[2].

Yet, in recent years, this partnership includes an uninvited third party – the rampant development. This intrusion places the Orang Asli’s long friendship with nature on thin ice.

In 2021, a group of 13 Mah Meri faced eviction as the land they have been living on for the past 20 years in Bagan Lalang belongs to the Selangor government and the Permodalan Negeri Selangor Berhad[3]. This wasn’t the first occurrence. Many Orang Asli has been staking claims on the lands they have lived on. Some have won their rights such as the Semelai tribe in Bera[4]. Some, due to illiteracy, have unknowingly given the land to developers[5].

Rather an outdated finding, less than 20% of their lands are legally acknowledged as Orang Asli lands[6]. With no paper to prove their ownership, their homes are in a critical situation in which the State government could release an eviction notice at any given time. Often times, this was done without “meaningful consultation” of all stakeholders involved [7].

Unbridled Development And Its Costly Damage To The Orang Asli

In the bigger picture, this (decision) also helps to save our forests from being cleared. By working with the Orang Asli, we are defending our carbon sink in trying to defeat climate change and protecting our forests. It is all connected. – Siti Kasim, a lawyer who fought for Semelai’s rights to their land [4].

Those who have agreed to eviction would be placed under resettlement programmes, supposedly in comfortable bungalows. However, this had only led to increased poverty, a higher mortality rate and the villagers faced deteriorating health[8]. Some of the new houses that they were given were found to be abandoned or rented out to others.

This was the case of the Temuan community, who resettled in urban Petaling Jaya to give way to development.

Many Orang Asli moved out if they could find land elsewhere, like nearby Sungai Buloh, Gombak or Bukit Lagong (areas with forest reserves), and resumed their traditional lifestyle. They rent out their houses for extra income. – Mr Firiszuan Sabri, Management Council Chairman of a local village[2]

With further urbanisation, more and more Orang Asli had to make way to accommodate our modern facilities. For example, in the year 2000, some of the Temuan communities had to resettle for a new water dam project in Selangor[9].

The cost of Orang Asli’s resettlement would only affect the community in all aspects; socially, environmentally, culturally and economically, as corroborated by previous studies and news insights. Resettled Kampung Busut Baru villagers whose sacrifice had created the Kuala Lumpur International Airport wished they would not be evicted again, in light of the planned development for Kuala Langat North Forest Reserve (KLNFR)[10].

We were traumatised by the first eviction. When we first came here, there was no electricity and water supply, which we also got after five years. There was also no school, which disrupted our children’s schooling. – Samsul Anak Senin, resident of Kampung Busut Baru[10]

And, how does this affect us? The loss of their homes equates to more forest being cleared to make way for our houses.

Not A Win-Win Situation

As developers, loggers and their machinery tore down the forest, the Orang Asli community was left behind with the remnants. This is what happened to the Batek tribe living in Kuala Koh; the community has come to rely on the provisions provided by the forest. They have navigated through the corners and now they have lost both their food and familiarity with the place they called home.

Loggers don’t inform us [before they log] nor offer us any compensation. Since they logged this area, we have great difficulty finding food. The animals, which we usually hunt for food, have fled. They are gone because they cannot live here anymore. – Mohamad Pokok, Batek tribe village leader[11]

The Batek tribe had also suffered an ailment that caused at least 15 of them to lose their lives. More than 100 of them were hospitalised after an outbreak of diseases in 2018. Medical practitioners believed that the inflicted ailment was pneumonia and measles. Yet, the root cause may be closer to home.

We believe the water at the dam is the cause [of the illness] because it smells of oil, diesel, petrol, batteries … it is where [the miners] excavate. The dam is where explosive activity was conducted. – Mohamad Pokok, Batek tribe village leader[11]

With their sustenance being affected by the ongoing logging and mining, the Batek tribe left to fend for themselves as the land is not theirs on paper. The developers and loggers could pack their bags and leave, yet the damaging effects are permanent to the Batek tribe.

“Without an intact resource base for their subsistence needs, without the ability to practise their traditional way of life, without full control of their lives, they became malnourished, underweight, and depressive. And their body resistance dropped,”Colin Nicholas, founder of the Centre for Orang Asli Concerns [11]

Modernity may equip the communities with facilities to empower. Yet there are harmful values disseminated along the way. The Kensiu tribe in Baling, Kedah, for example, struggled with the rampant substance abuse amongst its community [12].

“I think the influx of cheap alcohol and drugs started to enter our village in the early 90s from the surrounding areas and towns. Many of the youths started getting hooked through curiosity and influenced by their friends.”Batin Razali, head of the Kensiu orang asli tribe [12]

What was also found is that the severity of its abuse is more obvious among the tribe’s expectant mothers. Consuming alcohol during pregnancy is associated with children being born with multiple disabilities; also the child would suffer from fetal alcohol spectrum disorder (FASDs). Further, glue-sniffing is a common practice amongst the tribe members.

“The supplies are appearing because there is a demand for them. But what if the natives themselves are informed enough and have their own stand to say no.” Dr Omar Ali, Hospital Sultanah Bahiyah’s Head of Psychiatry Department [12]

When Tourism Is Not A Sustainable Method Of Earning Income

The Mah Meri community have made their income over the years through their cultural village, performance and selling their carvings to tourists. However, since the pandemic hit, their village was closed leaving them unable to generate income through tourism. Some are leaving the craft altogether, finding different methods of survival.

“For 10 years, our workers have shifted their lifestyle to a modern one like ours. They can’t just go back to their traditional ways. Unlike other people who can drive Grab or go into direct selling when they are terminated, the Orang Asli who have been with the village have no boats to go to sea, nor the tools to gather food in the nearby forest or swamp.” Rashid Esa, director of the Mah Meri Cultural Village[13]

Part of their community in Bagan Lalang had also received an eviction notice in 2021. The irony is in 2011, the Selangor state government had invested in their cultural village to showcase their unique culture that had drawn tourists to flock to Pulau Carey [11]. The Mah Meri community faces an uncertain future, as the ongoing pandemic sees no end leaving their cultural village closed. The fight over the right of ownership of their land is far from being amicably resolved.

“Other people have destroyed the beautiful parts of Malaysia’s land. What remains is only there because the Orang Asli manage the land that way.” Colin Nicholas, director of the Center for Orang Asli Concern (COAC) [14].

With many Orang Asli forced to adapt to modern ways of living as they are uprooted from their natural homes, some face the permeating influence of development in their community.

Being part of the modern community should have allowed the Orang Asli community to be empowered with improved literacy, better hygiene and being immunised – but some have not been rewarded as such.

“ There are so many remote communities, especially in Gua Musang, which still lack basic life facilities such as access to clean water, electricity and proper infrastructure such as proper roads.This is totally unacceptable in modern Malaysia. Why are they not entitled to these basic facilities like any other Malaysian citizen?” Shaq Koyok, Orang Asli artist [15]

However, what is also at stake is the loss of their culture. Every Orang Asli community has their languages, one-of-a-kind customs. Some had relied on this to invite tourists to their homes such as the Mah Meri community.

As more and more of the community are being evicted from their homes, the Orang Asli community are losing their natural asset, their culture.

At the same time, the trees that have grown steadily for years are chopped off, only adding fuel to the already dire climate change crisis. For decades, the Orang Asli community had lived in sustainable ways, safeguarding nature.

But loggers and developers are only fuelled by greed and money and treating the community as lesser people.

“The developer should be responsible by providing compensation or the company’s assets. It would be a step forward for them, so that when we tell them to move, at least they have a sense of dignity.” Rashid Esa, director of the Mah Meri Cultural Village[13]

There is no stopping development to take its place as Malaysia’s population continues to grow. But is it fair for the homes of the Orang Asli community to be torn down and many are insufficiently compensated? Many are left bearing the brunt in many aspects of their lives.

Some expect the community to depart from their long-enduring customs, but changing a community doesn’t necessarily mean eroding the richness of their cultural values. Improving their lives could simply be providing them with the justice the community needs when it comes to land ownership or building better infrastructure; roads, houses, sanitation and treating them with dignity.

There are changemakers out there changing the livelihood of Orang Asli with the utmost respect and in a dignified manner. They are OA Organik, Global Peace Foundation, Centre For Orang Asli Concerns, PACOS Trust, Tanoti Crafts, Earth Heir and Penan Women Project among others.