From Tragedy to New Meaning: How Khor Sue Yee Became A Zero-Waste Advocate 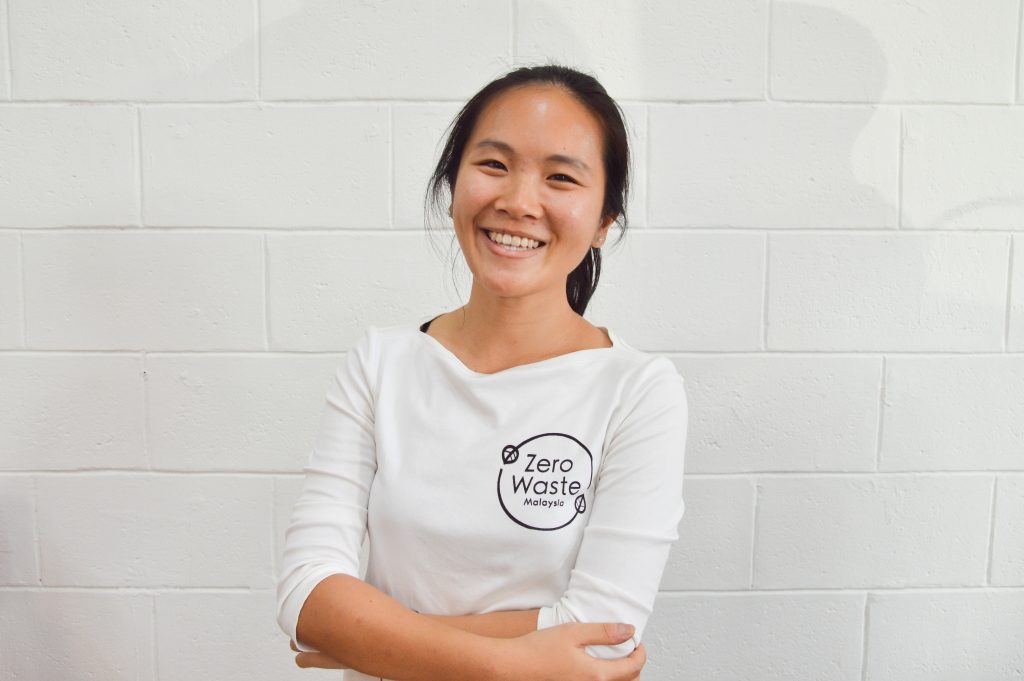 Khor Sue Yee had been at a low point in her life; she and her family had lost their youngest brother and son to cancer, and it fell upon her to keep herself and her family out of a dark place. To that end, Khor had watched a lot of TED talks and inspiring videos to keep her emotions up, and it was one such video by American environmental activist, Lauren Singer that sparked her new goal of creating a zero-waste lifestyle, not just for herself, but also for her family and community[1].

The Problem With Waste

Excessive waste generation has led to many problems in this country and the world over. Chief among these is plastic pollution entering our oceans; in fact, plastic waste makes up 80% of all marine pollution (in fact, there are about 50-75 trillion pieces of plastic and microplastics in the ocean) and around 8 to 10 million metric tons of plastic end up in the ocean each year[3].

Equally worse is the burning of plastic waste which has detrimental effects on people’s health. Research in 2018 found that certain chemicals used in plastics such as Bisphenol A are carcinogenic and linked to endocrine disruption potentially causing reproductive and neurological problems and negatively affecting immune systems and adverse developmental consequences in children, such as early puberty[5].

The main thing about [these plastic fumes] is that they are carcinogenic… It also depends a lot on the types of plastics being burnt and the exposure to it. If you have short-term exposure at a high level you might have difficulty breathing… [or it might] trigger some effects in your lungs. But if it’s long-term exposure… that’s where the carcinogenic effects come in. – Tong Yen Wah, National University of Singapore (NUS)’s Department of Chemical and Biomolecular Engineering professor[6]

Despite attempts by our government to reduce our waste generation and increase recycling rates, Malaysia is still quite behind compared to other developed countries at a rate of 28%. This issue is worsened by both Malaysia’s limited recycling process and capabilities and the fact that our recycling efforts are largely focused on plastics that are easily retrievable and highly valued such as plastic drink bottles. Because of this, our country’s landfills are filled to the brim with disposable food packaging made from low-quality plastics[7].

A Tragic Loss Blooms Into A New Way of Life

The zero-waste lifestyle was a concept that never really came to Khor’s mind before. “We never really heard of it back then!” she said.

That changed when Khor lost her youngest brother to cancer. This tragic loss has had a profound impact on her life and that of her family. This sense of loss made her rethink her life and how she wants to go about it.

It was after watching a TED talk by Lauren Singer – who had been living a zero-waste life since 2012 and is known for claiming to have collected all the waste she created since 2012 in a 16oz mason jar – that Khor found something that resonated with her. A brand new motivation that will propel her toward finding a more meaningful life.

I realised I wanted to make my life matter and to make a tangible difference in the world. There’s only one performance. This is it. You don’t have time for fear and hesitation. You’ve just got to pursue what you believe in. – Khor Sue Yee[1]

As a nature lover herself, it didn’t take Khor much to think about how her actions affected the environment and the natural places she loves so much, and that she could truly make a change for the better by helping the environment in any way she can.

It occurred to me that nature is my thing and it was time I did something tangible to be kinder to the environment. This was where I could really make a difference. – Khor Sue Yee[1]

A Hero For Zero

It was after getting a job in Beijing as a technical engineer that Khor decided to begin her zero-waste journey. The zero-waste life is a difficult one, requiring absolute planning and hard searching to find a shop that suits a plastic purger’s needs. But the end results are always satisfying.

I wake up and think, ‘How am I going to make it through the day without using any single-use plastic? It’s a daily challenge but I think it becomes easier. It’s really just learning new behaviour. – Khor Sue Yee[1]

Khor documented her zero-waste journey on social media, and that was where she met fellow zero-waste advocate, journalist Aurora Tin. “She ‘liked’ one of my posts and we started a friendship soon after,” she recalls[1].

Tin created a Facebook group in 2016 for like-minded zero-waste champions to share their tips and tricks, such as suggesting alternatives for single-use items, places that allow product refills without extra packaging, and providing ideas on how to reuse, retrofit and upcycle old items[8], and subsequently invited Khor to join the group. “We had around 10 people in the group at that time,” she recalls[1].

This small group would serve as the earliest incarnation of Zero-Waste Malaysia. And in 2018, Khor and Tin would register the group as a non-profit organisation with the aim of increasing awareness of sustainable living and promoting a zero-waste lifestyle by advocating individual actions[8].

Since these humble beginnings, Zero-Waste Malaysia became one of the leading organisations advocating for better waste management, with over 40,000 community members. They received the Commonwealth Points of Light Award Recipient in 2019 and the 6th Worldwide Excellence Award (WEA) among other achievements and were crucial in the launch of Malaysia’s first ever Trash Encyclopaedia.

If you would like to join Zero-Waste Malaysia’s cause and make meaningful positive contributions to the Earth, then try going zero-waste yourself. There are many approaches to becoming zero-waste, but it can be a rather difficult task and is not something that can happen overnight. But once you become zero-waste, you will learn that there are many benefits to this lifestyle that will change you and your family for the better.

By following this guideline, you will quickly learn how to adapt to a zero-waste lifestyle and thus reap all the benefits that it provides while also doing your part for the Earth’s environment.