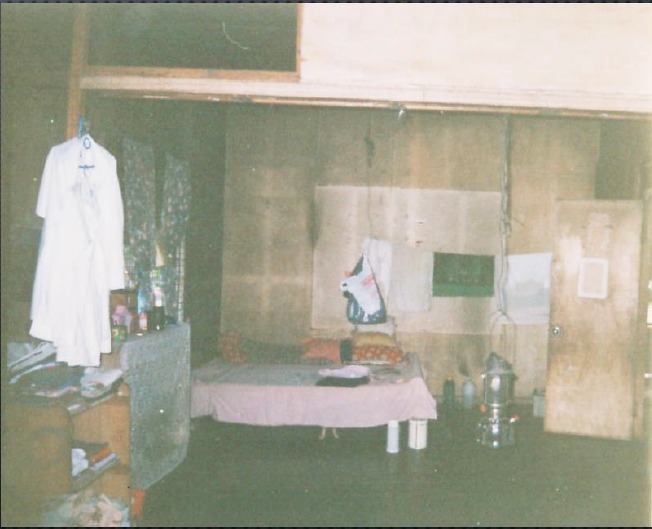 Imagine studying in the wee hours of the night under the glow of a kerosene lamp that’s threatening to go off. The flickering light, a slim ray of hope to defy darkness in an attempt to pursue education.

Such conditions are hard to imagine especially when electricity is available at a flick of a switch. But for Dr. Rosli Bin Sareya, these memories were not so distant. The hardships of growing up gave him the resilience to eventually earn a PhD in Creative Arts (Beat Narrative).

Today, he is a professor at University Malaysia Sabah (UMS) inspiring students to carve their own futures. We had a chat with him about his humble beginnings.

The Gift Of Education

Dr. Rosli grew up in Pulau Sebatik, Tawau. He is the third child of seven siblings and his dad was the sole breadwinner for the family, working as a security guard in a lumber factory.

As a family, they did not have much. Everyone slept together on the floor of their single room home with walls made of wooden planks and sheets of metal roofing. They were always rushed to finish their homework, because the kerosene lamp dying literally meant that it was ‘lights out’.

The whole family would sleep once the lamp flickered out because there was nothing else they could do in the dark.

When you wake up the next morning, your nose would be full of black soot.

As a child, I walked to school and didn’t bring any supplies like food or money.

Dr. Rosli remembers watching his friends buy food from the school canteen whilst wearing new school uniforms and carrying new school bags. As you may have already guessed, he had neither of those.

However, even as a young boy, Dr. Rosli was never resentful. “The only thing I owned was the ability to be grateful that I have a loving family and that I was still able to go to school,” he said.

Even as a teenager, I didn’t go into town because I could not afford to pay the transportation fee of RM2.

Poor But Not Pitiful

Although there were many limitations and lack of facilities while growing up, Dr. Rosli was never frustrated or discontent. More than anything, he was constantly grateful for what little he had. “I understood my family’s needs, so I didn’t pressure them,” he said.

His mother played a significant role in his life. She would encourage her children every night. “When you’re working adults, you can buy and eat and have anything you want,” Dr. Rosli recalls the words that gave him hope and strength for the future.

No Money, No Degree

At 19 years old, young Rosli received his STPM results, but they were not stellar. He did not give it his all, knowing he could not enter university due to the fees being beyond him.

He took a detour and moved in with his sister who was working in Kota Kinabalu. There, he found some odd jobs including being a pizza delivery rider.

I was at UMS delivering the order, then I was stopped by a staff who told me of a job opening at the university.

Although doubtful of his prospects, he applied anyway. To his surprise, he was hired from a pool of 600 applicants.

In 2001, Dr. Rosli started working as a lab technician while simultaneously studying to get a Bachelor Degree in Communications.

Later, he gained more work experience as an AV technician but was encouraged by his colleagues to continue studying. In 2013, Dr. Rosli received his Master’s Degree in Creative Arts (Film Editing).

Numerous Challenges During His Journey

During his journey there were countless challenges, chief of all was when his mother fell ill. All 7 of the siblings pitched in where they could, spending large sums of money to get her the best medical treatment possible. Throughout that time, Dr. Rosli’s mother stayed with him.

My doctorate research went stagnant because of this, but it wasn’t a problem because my mother was a higher priority.

He is thankful that things started looking up and his mother recovered from her illness. Dr. Rosli attributes his success to his mother’s prayers.

Motivation and effort is something that comes from within. It is important to ask for prayers from your mother.

Dr. Rosli is not the only success story in his family. Four of his other siblings are Master’s Degree holders in Psychology, Safety and Geography and another sibling earned a PhD in Economics from a UK university.

His journey of success is no solo feat. Dr. Rosli reflects on a mentor who has provided valuable advice and generously paid for his initial Bachelors Degree fees. “I have many people to thank, but especially, Professor Dr. Chess Skineer, who was a Dean at the University of Canada. Without help and support from others, I wouldn’t be where I am,” he said.

What Can The New Generation Learn From This?

We asked Dr. Rosli for some wise words:

There are many advantages that are available to the new generation, it is all up to them. Success is something they must grab for themselves. Attitude makes all the difference.

Among his principles is to always be humble no matter what your beginning is. Never judge others based on their career or social status. He believes that all living beings are created perfect and should be respected.

Young people, always be friendly and to never humiliate others. Remember to always be compassionate and understanding of your parents, as their prayers and opinions will always be of help.

Special note: All photos unless sourced are from Dr. Rosli Sareya’s personal collection.