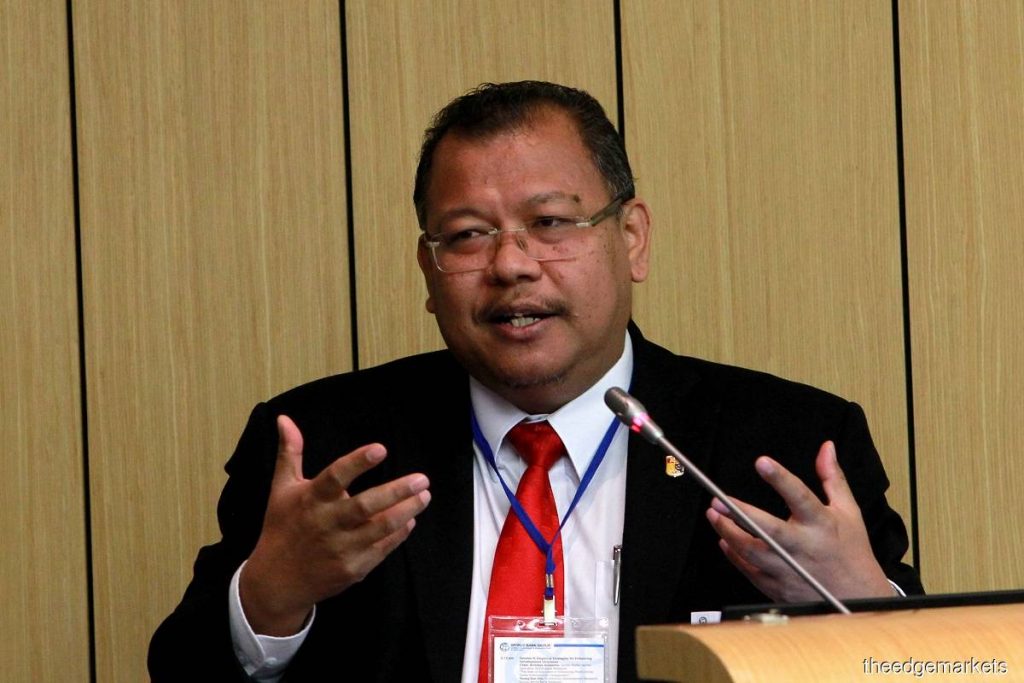 Since the pandemic began, questions regarding the state of Malaysia’s economy sparked round table conversations nationwide.

Would we be able to take such a hit economically?

How many were losing their jobs?

Did you hear? Another person has to shut down his business because of the lockdowns.

The overall topic was laced with an understanding that many were struggling to sustain their livelihoods. In 2020, a total of 600,000 households from Malaysia’s M40, middle-class category found themselves in the B40 group. The supposed comforts of being middle class were taken away as a result of the impacts of the pandemic (eg. job loss, pay cuts, unemployment, etc)[1].

According to the Economic Action Council (EAC), roughly 8% of households were now earning less than RM4,850 a month making them part of the Bottom 40 (B40) income group[1]. The average household size in Malaysia is four people, two adults and two children[2]. Yet whilst some struggled, others rose to the occasion and were doing much better financially.

Are the rich getting richer, while the poor struggle?

In preparation for these new landscapes, the Economic Action Council secretariat recently released the long-awaited ‘Exit Plan’, backed with findings under “Resetting Malaysia: Aligning to the new Economic Landscape” study that was carried out over a year from April 2020 to May 2021. The study looks at the effects of the past year on Malaysia’s economy as well as potential methods to mediate the situation.

Ultimately, the plan calls for an economic reset. With a total of 4 main reset segments, 8 reset agenda, 30 focus areas and 153 reset initiatives the government seeks to counteract the Covid-19 impact on businesses, unemployment, income levels and the vulnerable communities in both the short and long term[1]. Here are the broad policies and approaches discussed in the study:

Despite the name of the policy,  EAC’s Executive Director, Professor Tan Sri Noor Azlan Ghazali clarified that this new plan does not call for privatisation. Instead, the Private First policy is aimed at capitalising on the private sector to promote a healthy economic market alongside the government’s initiatives – acting as an ally instead of a competitor[3].

What I’m saying is that wherever the private sector can deliver effectively at the right price and fair, and which can be accessible to everyone, then we can consider this ‘private first’ policy[3]. – Professor Tan Sri Dr Noor Azlan Ghazali, Executive Director of EAC

By encouraging innovation and corporate shared values(CSV), he believes that the private sector has a huge role to play in helping boost the economy and efficiency by aligning their corporate values with strong social objectives that will benefit the masses[3].

CSV is a new model for the corporate sector. CSV requires private business models to be aligned with social objectives, meaning that when you make profits, at the same time your success also takes the nation to go forward[3]. – Professor Tan Sri Dr Noor Azlan Ghazali, Executive Director of EAC

#2: Recovery Without Reform is a Waste

As mentioned before, Malaysia’s economy has changed. There is no way to go back to the way things were before, simply because those changes are now considered normal. Whilst a reset is in order, the plan also highlights the importance of acknowledging that change is perpetual.

For example, during the pandemic, everything was taken to an online platform to protect its sustainability. To properly accommodate this change, a ‘shift to digital’ grant for micro-sized and medium-sized enterprises (MSMEs) was suggested in the study as this would help and encourage businesses who are willing to adopt digital technology in their business[4].

In order to fully understand what works and what doesn’t, Dr Noor Azlan mentioned the appointment of “performance appraisal panels’ ‘ whereby experts and stakeholders evaluate agency achievements and goals. This is necessary to create a healthy environment, where sustainability and the mental wellbeing of the people are prioritised while bettering the economy[4].

EAC Director also states that this segment aims to ensure that all previously promised plans, such as the reduction of the foreign workforce in Malaysia, are executed according to a strict timeline.

The most important aspect of us moving forward is making sure all the plans that have been announced are executed. We need to ensure we are making actual progress.[4] – Professor Tan Sri Dr Noor Azlan Ghazali, Executive Director of EAC

#3: Economic Growth and Equity For All

“Are we achieving high-income status by compromising the future of our environment and the happiness of our people?”

Originally Malaysia was to achieve a high-income nation by 2025[5]. However, the 2020 pandemic caused the GDP to drop by 8.4%, resulting in a major setback in Malaysia’s progress. It is expected that the current lockdown will further hamper the nation’s efforts, making the high-income status seem like an unachievable goal in a mere four years[5].

But Malaysia has the ability to endure. The nation’s GDP has increased by more than four times since 1990. Every time our GDP has seen a drop, it has always come back stronger[6]. The challenge is beyond those numbers. Challenges regarding the distribution of wealth and job opportunities are still at large, despite the rise in GDP. For example, 40% of the nation’s income is channelled into Klang Valley, whereas communities in East Malaysia are still in a rural state[1].

We shouldn’t be focusing too much on the numbers, because beyond the numbers, what do they even mean? We must also focus on wealth distribution, who benefits from us being high-income, whether our industries are adopting the necessary technology to move forward, and whether our exports are of high value[5]. – Professor Tan Sri Dr Noor Azlan Ghazali, Executive Director of EAC

Another highlight of this ‘Exit Plan’ is the fact that it tries to ensure that the livelihoods of those affected by COVID are properly addressed. Dr Noor Azlan stated that even if Malaysia aspires to reach the high-income threshold, it should go hand in hand with closing the income gap, ensuring work opportunities and sustainable work environments for all[5].

There is a lot of giving and taking in these scenarios. As of right now, the journey is much more important than the end goal. At the end of the day, the World Bank predicts that despite the setbacks, Malaysia will eventually reach the ‘Gold Standard’ of a high-income nation, albeit, an unavoidable delay, in 2028[5].

EAC Director stated that the return of Goods and Service Tax (GST) in a steady manner would be able to aid shrinking revenue and various stimulus packages. The economist shared that the public must have a better understanding of the importance of tax and its benefits[7].

The sole purpose of the tax is to channel the funds towards better public services and amenities. During the last full year of GST in 2017 before it was repealed, the tax generated about RM44 billion compared with the RM28 billion collected under the Sales and Services Tax in 2019[7].

The Fiscal Outlook 2020 Report stated that only 16.5% of Malaysia’s labour force were subject to income tax. This is roughly 2.475 million out of 15 million people. According to the International Monetary Fund’s latest data, the government’s revenue dropped by 10.5% to RM288 billion from RM322 billion[7]. Yet its expenditure has increased by 12.4%[7].

It is vital that the government explain to the rakyat that it is their duty to redistribute wealth to assist those in the low-income bracket, to ensure a progressive quality of living for all Malaysians[7]. – Professor Tan Sri Dr Noor Azlan Ghazali, Executive Director of EAC

He proposed that rather than a national standard GST rate, the rate should be determined on a regional level. States with higher income and economic performance would be taxed more than those that are financially struggling[7].

The EAC director also agreed with suggestions of increasing the country’s statutory limit of 60%. This is the amount of money a government can borrow. Currently, Malaysia’s debt to gross domestic product stands at 58%. He believes that raising the limit to 65% is in the nation’s best interest[8].

Stop saying borrowing will make Malaysia go bankrupt. There is still room for borrowing, the government must not fear. Only the government can spend during a crisis, therefore, it is right to be borrowing in times like this. Of course, if you borrow for the wrong reasons, then that’s bad. But if it is for a productive reason and the right purpose, so the economy can be revived, then by all means. In my view, for the government to be at a further deficit now is okay, especially if it has the right plan on repayment. So please, don’t punish the government for borrowing[8]. – Professor Tan Sri Dr Noor Azlan Ghazali, Executive Director of EAC

Another crucial part of the ‘Exit Plan’ includes ensuring the prospects for future members of the workforce are sustainable and that their training is not marginalized. The study suggested introducing a dual assessment system for students. Where national exams like PT3 and SPM are detached from school performance assessments[9].

It also acknowledges that the cost of higher education to be reevaluated and properly matched with fair cost and programme quality[9]. There was also a suggestion that the actual syllabus is realigned as many employers feel graduate understanding is often mismatched with the necessary skill sets of the industry[10]. Having a more refined curriculum that correlates with the abilities and knowledge that employers want would increase their chances of getting hired.

Last but not least, in order to prepare the future workforce for the digital economy, a proposal for education programmes related to the digital economy involving micro, small and medium-sized enterprises (MSMEs) was presented[9].

#6: Welcoming the Dawn of the Digital Economy

The ‘Exit Plan’ aims at fully utilising the success of all online platforms post pandemic with millions of Malaysians having already gone virtual. Be it for education, entertainment, or work everything that had been forced online, is now excelling online.

Even prior to the pandemic, Malaysia had already launched the MyDIGITAL initiative. MyDIGITAL is a national initiative that aims to transform Malaysia into a digitally-driven high-income nation and regional leader in the digital economy. Through this initiative a total of six strategic thrusts, 22 strategies, 48 national initiatives and 28 sectoral initiatives have been set, aiming to not only create job opportunity but also increase productivity across all sectors by 2030[11].

Embracing the digital economy comes hand in hand with the need to upskill and educate. However, the benefits of doing so can influence society, business and government standing. The new norm of the online world is definitely here to stay. It is now a matter of ensuring Malaysia can keep up with all the changes.