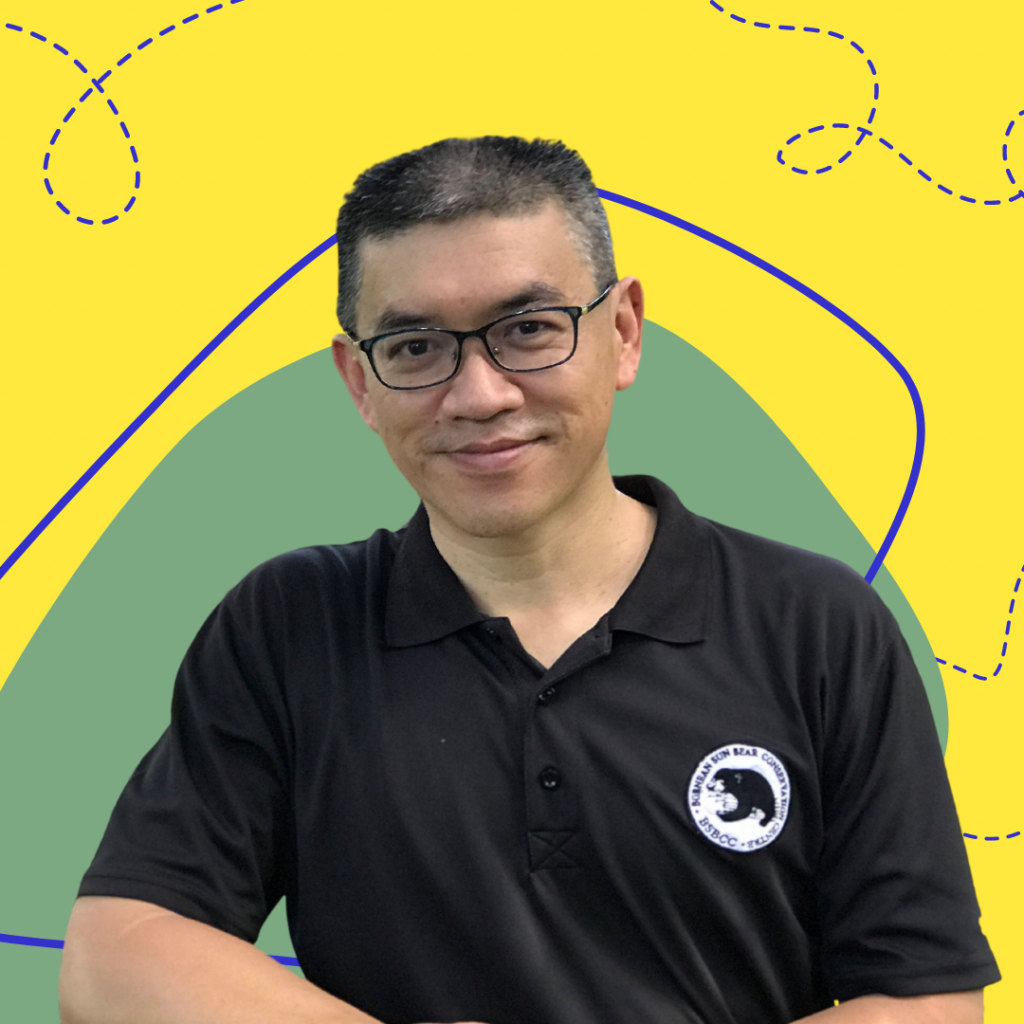 Dr (Hon) Wong Siew Te, D.J.N. is a Malaysian wildlife biologist and tropical forest ecologist. He doesn’t recall a day in his life when animals were a second priority. His love for animals was instilled at a young age and it became his passion to protect wildlife no matter the cost. Like many young children, this love for animals shaped his ambition of becoming a wildlife expert and protector.

He completed a Diploma in Veterinary and Animal Science from the National Pingtung University of Science and Technology, Pingtung, Taiwan, and a B. Sc., M. Sc., and doctorate majoring in Wildlife Biology at the University of Montana, Montana, USA. While he was a student, Dr Wong assisted in an ecological study on sun bears. He learned about the history of sun bears, the threats they faced and the dwindling numbers left.

In 2008, he founded the Bornean Sun Bear Conservation Centre (BSBCC) in Sabah and is the CEO today. Committed to the cause, Dr Wong actively engages in conservation activities and sun bear research. As a result of his focused work about and for sun bears, Dr Wong has been locally and globally recognised. He was featured in the book Wildlife Heroes in 2012; conferred “Member-Order of the Defender of State” (Darjah Johan Negeri, D.J.N) by the governor of Penang State, Malaysia in 2014; awarded an Honorary Doctorate by the University of Sunshine Coast, Australia, in 2016; bestowed the title “My Country Hero” or “Wira Negaraku” by the Government of Malaysia, and “CNN Hero” in 2017. He was also featured as an Everyday Hero” in the March and April issues of Readers’ Digest in 2019.

As a wildlife biologist and a tropical forest ecologist, impact to me is the number of sun bears I can help and save in the world, how many people I can educate so that they are aware of the environmental and wildlife crisis; and how many forests I can protect from the destruction from humans.