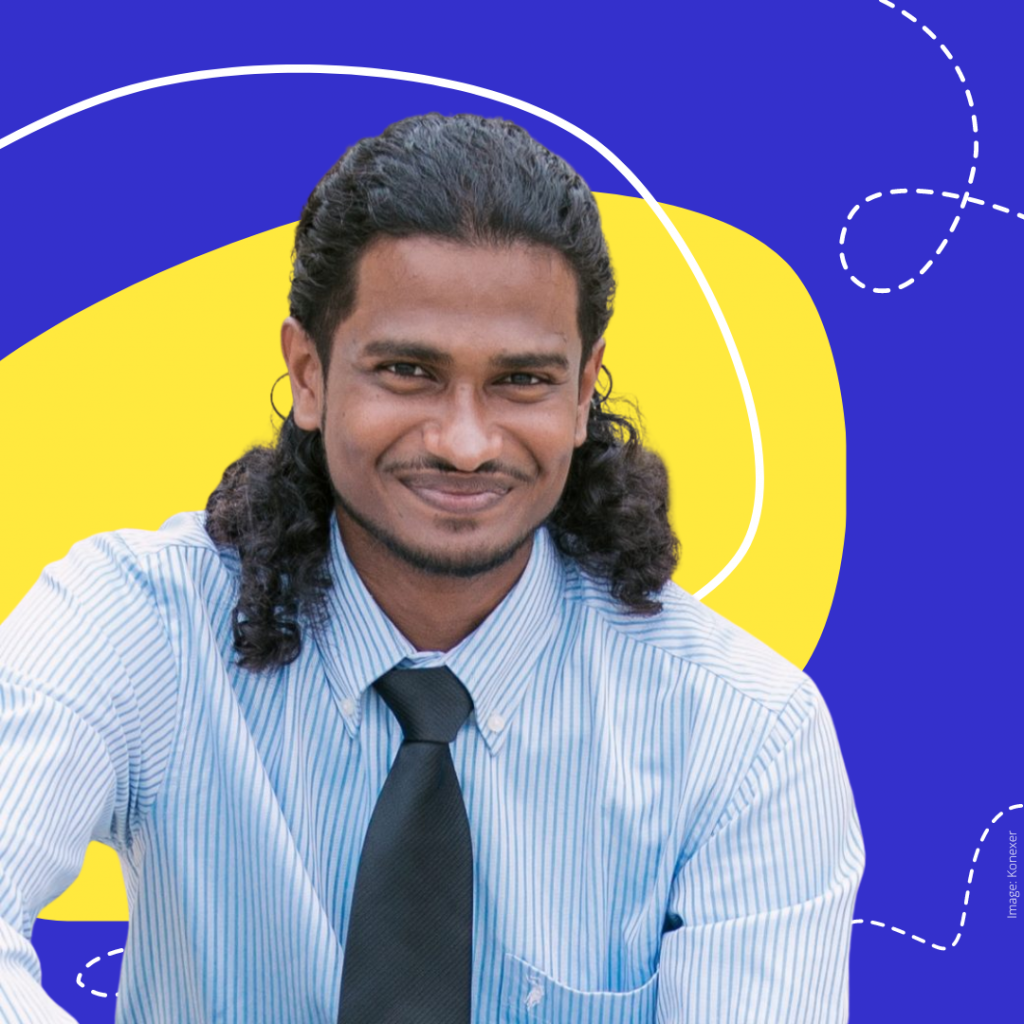 A marine scientist by training, Alvin Chelliah has been diving since he was in high school after a family trip to Perhentian Island. An eye-opening trip that led him to learn more about the coral reefs and marine ecosystem. Alvin joined Reef Check Malaysia in 2011 and started as a trainee volunteer diver. His role evolved into Reef Check Course Director and Green Fins Assessor Trainer providing training and assessment for dive centres and government agencies.

In 2014, Alvin settled in Tioman to helm the Cintai Tioman programme aiming to reduce impacts on the reefs and engage with the local community in coral reef conservation and management. Together, the local communities and the founding members are collectively known as the Tioman Marine Conservation Group (TMCG). Now, the group has 65 members spanning from 7 different villages on Tioman island.

As part of the conservation programme, TMCG runs a recycling programme. In 2020, TMCG removed 37 ghost nets that weighed over 4,000kg and more than 700 crown-of-thorns starfish, a known threat to coral reefs.

TMCG has also introduced Responsible Tourism programmes to reduce the impacts of diving, snorkelling and day-to-day resort operations to ensure the local island remains pristine. TMCG now works in tandem with the Department of Fisheries Malaysia (DOF) under the DOF’s Reef Care programme.

At the same time, Alvin continues to run various research programmes to better understand the nation’s ocean ecosystem, from being the lead scientist for Biosphere Expeditions in Malaysia to monitoring annual bleaching, coral spawning and coral reef health.

To me, anyone that has identified a serious issue affecting people’s lives, and is working towards making long-term, institutionalised change to overcome this issue is making an impact.