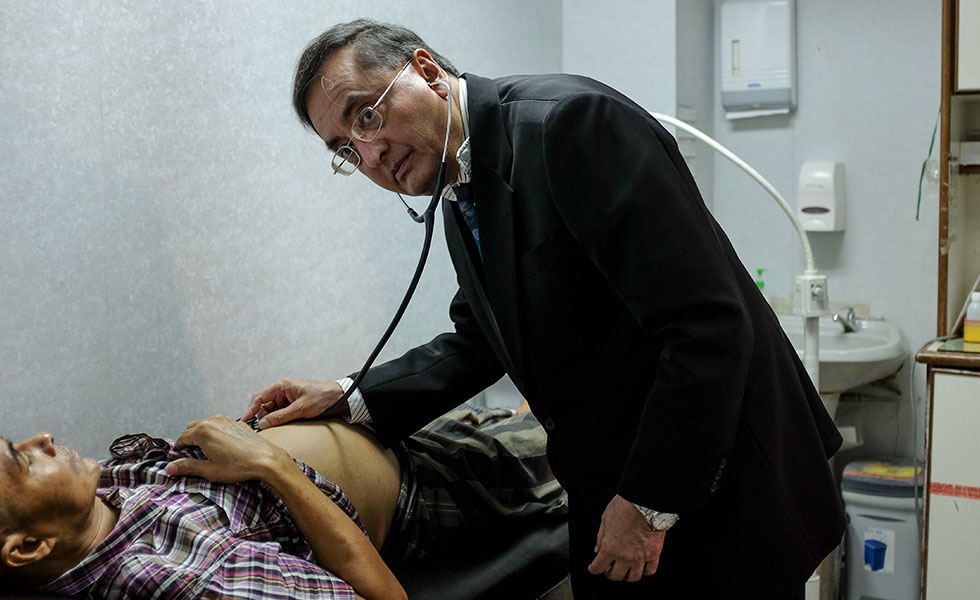 Undoubtedly, these migrant workers have contributed significantly to Malaysia’s development and economy and are owed a duty of care. But, when you step back and look at the bigger picture, you will see many of these workers breaking the previous employment stereotypes. You might be surprised to find that there are migrant workers who work ‘skilled jobs’ as well.

Born in Mandalay, Myanmar, Dr Abdul Rahman Zafrudin grew up in a small town. His birth name is Ko Ko Gyi- meaning ‘big brother’ in Burmese.  Having received a scholarship for his excellent exam results, his parents encouraged him to pursue a career in medicine. Unfortunately, this young bright spark had a lot more to worry about than just his studies in medicine. Even as a medical student, Dr Abdul was oppressed by his professors and lecturers, because of his religion.

In his blog, Dr Abdul writes about how his professors often refused to award him distinctions despite him being one of the top scorers in class[2]. He recalled that when he aimed for post-graduate placement as a physician, he was disappointed when he found out the head of the programme was anti-Muslim. Discouraged, the then young Dr Abdul withdrew from the programme.

I had personally experienced or suffered a lot from many of those bigot professors during my undergraduate training, especially in almost all of the final exams and as a doctor, just because I am a Muslim and had no connections.[6] – Dr Abdul Rahman Zafrudin

Fed up with Myanmar’s corrupt, racist and discriminatory medical system, Dr Abdul resigned and applied to become a doctor with the Muslim Welfare Organisation Malaysia (PERKIM). When Dr Abdul arrived in Kuala Lumpur in 1986, he could not help but feel joy, as Malaysia was a democratic country that was just developing.

Making full use of his vast medical knowledge, he went on to serve as a mobile doctor with PERKIM. He has served Malaysian for seven years, during which he tended to the Orang Asli communities throughout the country. Dr Abdul also treated disabled children at Tasputra-PERKIM.

A Malaysian Doctor, But A Myanmar Advocate

On top of his medical career, Dr Abdul also owns an online blog with over seven thousand postings written since 2015. Here he writes about a plethora of subjects, spanning from medical advice to his political beliefs and his efforts as an activist for Rohingya refugees, including critiques for the military and Myanmar government for their mistreatment of the Burmese ethnic minorities.

Back in Myanmar, I was notorious for being a human rights activist; mostly fighting for equal rights for Muslims over there, such as the Rohingyas. It’s sad to have to fight for these rights when Myanmar was always having trouble accessing clean water, stable electricity and transportation.[3] – Dr Abdul Rahman Zafrudin

Comfortable in his new home here in Malaysia, the Burmese doctor wishes to spend his last days here, where his three children were born and raised.

I will work as a doctor for as long as I still can. Other than that, I am nearing the end of my life already, so I will also focus on taking care of myself – to keep praying, fasting and be a better Muslim, as well as to continue working hard.[3] – Dr Abdul Rahman Zafrudin

Written by: Rachel Tan and edited by the Wiki Impact team.