Couple Living Under A Bridge In Johor Finally Finds Shelter 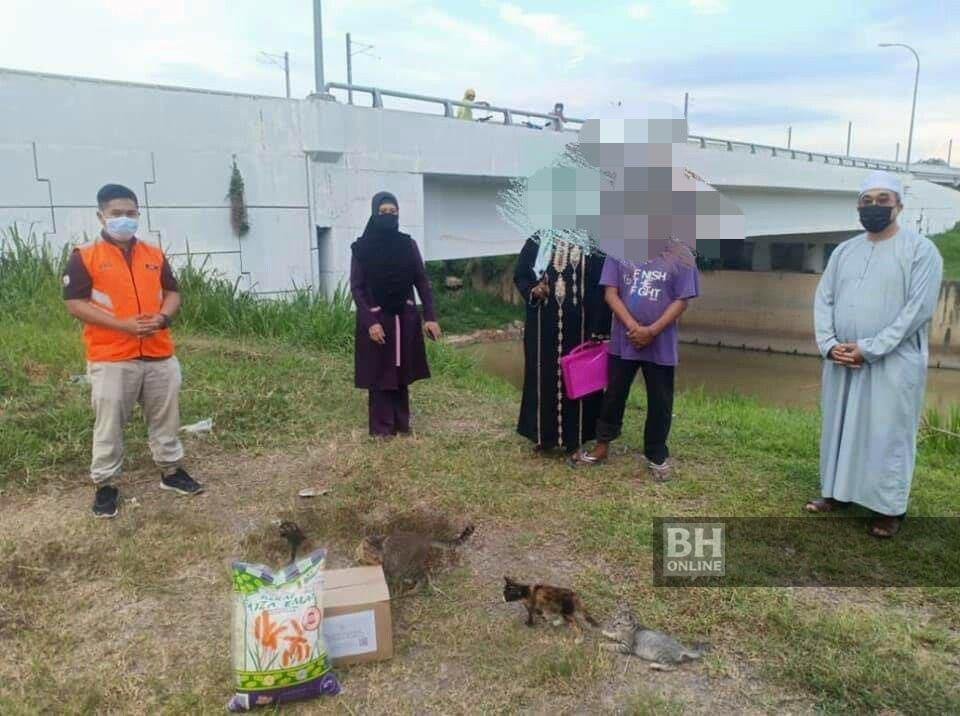 A recent video of a couple living under a bridge in Kampung Sedeng, Segamat went viral and sparked action by the Social Welfare Department (JKM) resulting in the couple relocating to a safer and more comfortable home.

In the video, a group of teachers were seen visiting a makeshift house under a bridge. The teachers walked the precarious path leading up to the entrance of the house propped up by a few wooden planks. They had to crouch over while walking into the house as there was limited headspace and mattresses and a few random pieces of furniture can be seen. The toilet is divided by another wooden plank and curtain next to the living space[1].

After the video took the internet by storm, JKM decided to investigate the situation and found that the house was inhabited by a couple in their 30s. They just got married in May 2020 and have been struggling to survive and stay afloat with their small soya business.

After the investigation, JKM together with the leaders of the community came together to hatch out a solution. The immediate plan was to provide the couple with basic necessities for survival first. A food basket was arranged and delivered to them.

A joint decision was made between the welfare department and the couple to relocate and secure a shelter that is close to the workplace of the head of the family.

The decision was agreed by renting a room located on the top floor of a shop building in Bandar Segamat which also got approval from the building owner. We [JKM] managed to bring this couple in and provide them with necessities to be used for their room, in addition to providing them with essentials and equipment such as mats, blankets and mattresses. – Segamat District Social Welfare Officer, Mohamad Kamil Helmi Mohd Pang[2]

As a long term measure to help the married couple become more financially stable, they will be given assistance in the form of RM300 a month, for a year.

Many More Are Homeless

The pandemic has exposed the vulnerable to situations they would have never expected to happen. No one wishes to live under a bridge or curled up on the sidewalk. However, Malaysia cannot ignore the problem of homelessness especially since the prolonged pandemic and lockdowns have triggered another wave of financial crisis among the vulnerable.

Concrete data on the number of homeless in Malaysia is not available and has proven to be difficult to source – but a general upward trend is assumed, especially with the recent lockdowns and desperate calls of the rakyat for help via the #benderaputih movement.

The homeless situation in Johor has become more severe as many have lost their jobs in Singapore and been forced to live on the streets. The Yayasan Suria charity organisation distributes around 1,200 packets of cooked food to 450-500 people in Johor Baru daily. The founder James Ho shares his observation in the number of needy increasing as a result of the pandemic and lockdown restrictions.

We are seeing an increase of between 10 and 15 per cent from the last lockdown. Not all of them are homeless. Some 70 per cent are homeless, while 30 per cent are poor. The majority of those affected used to work in Singapore. Now they don’t have jobs anymore. They sleep on the roadside or if it rains, they sit at shophouses. – James Ho, Yayasan Suria[5]

The married couple in Johor managed to find proper shelter because of a video that went viral. It was probably not their intention to show the world their dire living conditions – but because of that video, a new shelter was given to them. It doesn’t require us to abandon our full-time jobs or break our banks to help fellow Malaysians in need. But it does require an intention to help and a motive to support – thereafter, the giving comes easily.

Here are some changemakers helping the homeless in Malaysia. Matters related to homeless people are under the purview of the women, family and community development ministry (KPWKM) together with three appointed welfare organisations – Desa Bina Diri (DBD) for those aged 18 to 59, and Rumah Ehsan and Rumah Seri Kenangan for the elderly aged 60 and above, who are sick and left without heirs.

Here is a list of permanent and temporary shelters across Malaysia for different vulnerable groups in society. Get in touch with them to lend a hand.