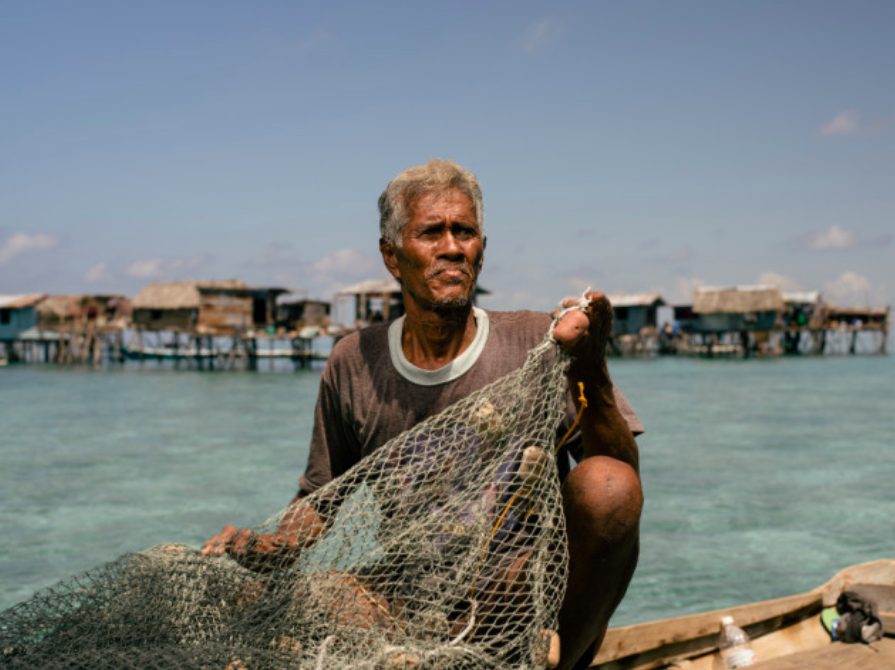 According to Article 17 of the United Nations Convention Relating to the Status of Stateless Persons, a stateless person has the right to engage in wage-earning employment. Additionally, Article 18 provides that they have the right to be self-employed while Article 19 further adds that they should be allowed to practice liberal professions[1].

Despite all these stipulations, it is still very much the prerogative of the state to abide by or to ignore the above.

In Malaysia, however, the stateless are denied the right to legal employment. Previously, a stateless demographic, the Bajau Laut of Sabah, focused on using their known diving ability to support their livelihoods.

Marine related work such as fishing would act as their main source of food as well as their main form of income. Their daily catch would be sold off at the wet market or be used as barter in exchange for rice, cassava, sailcloth, netting-twine. However, presently, the Bajau community have transitioned to money-for-labour employment[2].

The case of Nalvin Dhillon, a stateless boy living in Kuala Lumpur, had been working since the age of 15 years old. With no IC, he would apply for jobs using his birth certificate. Working odd jobs at a dim sum restaurant and washing cars part-time. Nalvin was paid low daily wages. Only after a long duration, he was paid a monthly wage by cash[3].

Nalvin thought about furthering his education to improve his chances of career development. He completed a Diploma in Human Resource and went on to apply for white-collared roles but businesses would reject his application on grounds that he does not have proper identification. He resorted back to the service industry.

A friends’ mother owned a restaurant and allowed me to work there. Unfortunately because of MCO and consistent lockdowns, the restaurant is now closed. – Nalvin Dhillon, stateless person

Further to that, Nalvin with the help of his friends managed to secure a permanent role with a steady salary at another restaurant. His employment is a result of goodwill from the restaurant owners, but he is not entitled to EPF or any other staff benefits.

There are notable instances where few from the Bajau community have settled and stayed on land, are educated and working as government servants, private businesses or even setting up their own businesses. It’s just that not everyone in the stateless demographic is as lucky as they are[2].

There is little to no doubt that many stateless households have an income that is lower than the national poverty index of RM2,208.

Many live day-by-day, and barely make ends meet, let alone have any money as savings, for healthcare, or basic necessities. The absence of a consistent income has forced some of them to beg for money in towns and city centres where they can be seen hanging around tourist areas and traffic lights earning sympathy from drivers and tourists as they pass by.

Women and children are often seen begging around town and this activity puts them in a negative light by the Malaysian community. They are often frowned upon for loitering on the streets or not attending school. If not begging, some of them turn to vices to earn a buck or two or to simply survive. Unfortunately, these vices such as piracy, theft and other criminal activities are against the law[4].

In 2019, an article highlighting the livelihoods of stateless children in Sabah mentioned the stresses of a mother, Ms. Asmida. Her husband, Mr. Suhidin, works as a fisherman and he earns around RM500 (US$119.28) a month, which is less than half the minimum wage of RM1,100 set by the government. Her two sons spend their afternoons collecting recyclable waste from the landfill to be sold in Sandakan in case the family’s food situation gets desperate[4].

I never wanted them to be rubbish collectors. I wanted them to go to school, get a good job in the city and live in proper houses. – Ms. Amida, stateless person

In desperate situations, the stateless communities have to put aside their dignity to continue surviving. The greatest pity is when the children of the stateless are not given an option or freedom to craft their own future.

How to help? Here’s a list of NGOs tirelessly fighting for and protecting the rights of stateless communities in Malaysia.