Burst Reservoir: The Cause Of Deadly Flood In Baling, Kedah Revealed 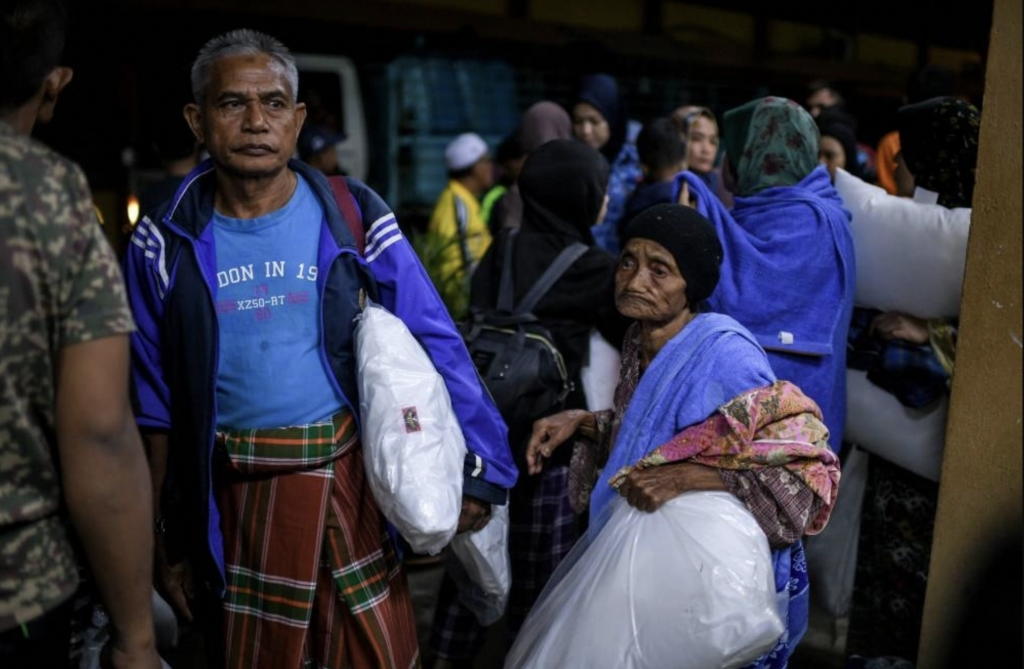 The recent flash floods in Baling, Kedah have been one of the worst in recent memory leaving 1,424 victims from 93 families displaced from their homes[1], at least 3 dead including a pregnant mother[2] and 802 damaged houses including 15 that were destroyed and 18 that were badly damaged[3].

Fingers were pointed even as the victims were still recovering from the trauma of this devastation. Many have blamed deforestation in the area for the flood, while government officials have stressed that the true cause is a headwater phenomenon. In the end, the real culprit was revealed to be a burst reservoir.

I have been living here all my life, and this is the worst flood ever. Most of the victims had no chance to react because everything happened so quickly. – Johari Abdul Latif, villager[4]

The current Kedah government had initially maintained that the cause of this flood was accumulated headwaters at Gunung Inas caused by heavy rainfall which then flowed rapidly down the steep slope[5]. Kedah Menteri Besar Datuk Seri Muhammad Sanusi Md Nor had said that a survey out carried by villagers found that a small water catchment pond that supplied water to villagers of Kampung Charok Kapas and Kampung Charok Rotan Mas had overflowed. He states that other similar water catchments could have also overflowed, causing the headwaters[6].

From my observation, the water must have accumulated so much at one time with the formation of dozens of water routes forming on Gunung Inas down to the corner of a very steep slope and caused the water to flow rapidly at Lata Celak. – Kedah Menteri Besar Datuk Seri Muhammad Sanusi Md Nor[5]

Sanusi further blames past governments for activities that contributed to the flood. He stated Gunung Inas was initially set aside as a 5,000ha forest plantation in 2007. Then after PAS took over the state from Barisan Nasional in 2008, the property was turned into a timber latex clone (TLC) plantation, with yearly dividends from open-tender logging shared with some 300 of the poorest families in Baling, as part of the “ladang rakyat” (people’s plantation) project[7].

Energy and Resources Minister, Datuk Seri Takiyuddin Hassan dismissed claims that the flood was caused by logging, saying that a report by the forestry department confirmed that there was no active logging activity in the area[8].

The forestry department has investigated this and confirmed that the trees that were washed away are not from logging activities as their roots were found intact. – Datuk Seri Takiyuddin Hassan, Energy and Resources Minister[8]

Takiyuddin further states that while forest development was taking place in ‘compartment eight’ of the Gunung Inas forest reserve since 2019, it was for reforestation purposes and was approved by the state government. So far, more than 5,000 trees have been planted on a 52ha site[8].

Baling folks were not convinced by these statements, placing the blame for this flood entirely on a huge 1,200ha durian plantation on top of Gunung Inas. They claim that the forest clearing to make way for this plantation had been responsible for this disaster and other problems from earlier in the year. Furthermore, the villagers had already warned that this project will cause more harm than good[6].

Before, even when there was heavy rain, the river water was never murky. The water was always clear and clean. – Kuin Mat Noh, Villager[6]

Yayasan Foodbank Malaysia has also laid the blame on this project, stating that 1,200ha of land on the top of Gunung Inas was left bare, leaving behind only logs and debris that contributed to the flood[9].

They allowed 12,000ha of land to be left bare. This, not surprisingly, ate into the water catchment on the hill and caused erosion. This is not 1,000 acres or hectares, it’s 30,000 acres. There is no ecological way for the land to cope with such a level of deforestation and floods were natural with the progression of time. – Johan Halid, chief executive office of Yayasan Foodbank Malaysia[9]

Johan said that one retention pond some 300m above sea level broke during the downpour as a result of being unable to retain the debris that was being carried downhill by the rainwaters, triggering the headwaters that ravaged the 12 villages below Gunung Inas[9].

The standard operating procedure of land clearing is there should be no logging or tree removal 200m from the riverbank. If you follow the procedure, these things would not happen. – Johan Halid, chief executive office of Yayasan Foodbank Malaysia[9]

Johan had also rubbished Takiyuddin’s claims, stating that 12,000ha of land spanning several compartments of the forest had been left bare ever since a stop work order was issued on the Musang King plantation in July 2020, with logs and debris remaining uncleared from the site[9].

That’s why some of the logs were found with their roots intact, they were stumps that were not removed from the area. The expanse of land remains bare except for shrubs and small rootless trees. – Johan Halid, chief executive office of Yayasan Foodbank Malaysia[9]

In the end, however, the Environment and Water Minister Datuk Seri Tuan Ibrahim Tuan Man confirmed that the cause behind the flooding was a burst reservoir built on the Musang King plantation. He further reports that rainfall was a contributing factor to the reservoir’s burst[10].

If we look at the amount of rainfall, it was not more than 40mm. So, our initial studies show that the reservoir built in the plantation area had burst, causing the floods. – Environment and Water Minister Datuk Seri Tuan Ibrahim Tuan Man

In light of this finding, villagers from Kampung Iboi have begun calling for immediate action to be taken towards the remaining reservoirs (of which they claim there are 10, each half the size of a football field) in the plantation, citing their fears that more floods on the level of this one will recur as long as the reservoirs remain[11].

4 out of 11 water sources on the hill (of the Musang King project) gave way. According to villagers, the 7th water source (which was built from reinforced logs and sand with canvas) from the top gave way resulting in the subsequent 3 other water sources giving way which in the end caused a big gush of water rushing down. – Anonymous villager in Baling

Everyone here is traumatised. The tragedy did not only ravage our homes and take three lives: It also changed our river and our landscape. Nothing is normal anymore. The villagers want answers. They want assurance that it is safe to return home. They are living in fear. They want to know whether it is safe to allow the Musang King plantation to remain on Gunung Inas. – Kampung Iboi Village Development and Security Committee secretary Nor Mohamad Che Hussain[12]

It has been days since the flood and the villagers are still recovering from this tragedy. A tragedy that took the lives of three people and ravaged more than 800 homes in 12 villages. But this is a tragedy that was in the making, for the villagers had been forced to put up with the logging activities on Gunung Inas since 2008. These activities had polluted the streams flowing from the hills dotting the Baling landscape, contaminating a vital source of community water for the villages[12]. For the villagers that had lived through this nightmare, the flood was merely the last straw.

For years, we had protested against the Musang King plantation. The water pollution… the mudslides that struck the villages were signs of a disaster in the making, but we were ignored. Now the authorities are telling us that it was a natural disaster. Can you imagine how hurtful is that for us? – Razak Che Ahmad, 62, chairman of Kampung Iboi’s Padi Farmers Unit

Kechara Soup Kitchen, a local NGO that had been distributing aid to 200 families living in 13 villages, had shared some stories from the locals and its volunteers with us:

This is the worst flood to have hit them. Houses were filled with mud and water and villagers together with volunteers took days to clean. Villagers salvage whatever they can recover in order to reuse rather than buy new ones. – KSK volunteer

There were 30 trips of trucks needed in order to clear the logs trapped in one of the houses situated next to the bridge which along with 7 houses nearby were swept away by the strong current. – KSK volunteer

A pregnant woman was found drowned together with her mother-in-law and brother-in-law. Their bodies were found a few hundred metres away from their collapsed house. – KSK volunteer

An elderly lady who tried to save the supplies from her mini-market escaped death. She was saved by other villagers while her husband was on his way back from Gunung Inas. The mini-market, in the end, was also swept away. – KSK volunteer

Ultimately, the Baling flood tragedy is a solemn reminder of what will happen if we do not take the responsibility to minimise our impacts on the environment and refuse to listen to those from low-income or marginalised groups. For it is they who will suffer the most when such disasters happen.

Sanusi can spew his untruth and nonsense about the accumulated flow of water from Gunung Inas that caused the floods. It is time that he stopped taking the poor villagers for granted. They know much more than him. They are the affected ones. – Penang deputy chief minister II Dr P. Ramasamy[13]