Breaking The Silence Over Male Sexual Harassment In Malaysia  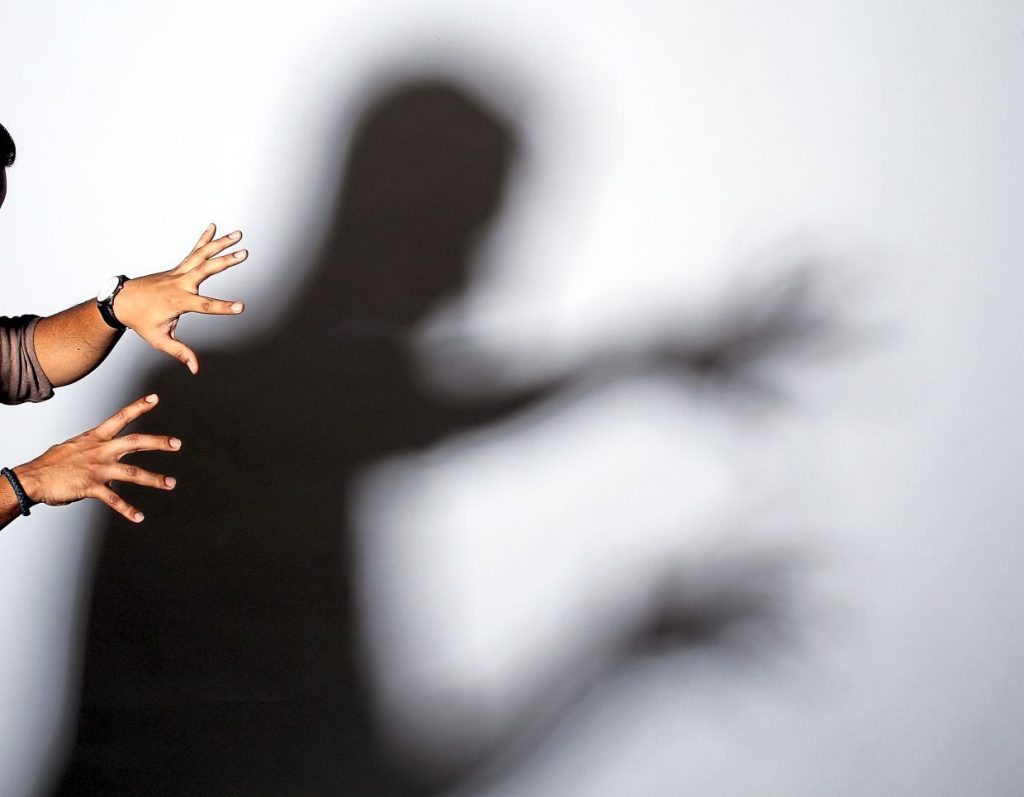 It is often difficult for us and our nation to handle cases of rape and sexual harassment. Although there has been some improvement in the way we deal with sexual harassment and abuse cases, there are still some areas where we can make extraordinary progress – such as the lack of acknowledgement of male sexual harassment, abuse and rape.

Why and how do men get sexually harassed? And why do they not report their harassment?

Is The Law Biased Against Men?

The main problem is that male rape and sexual harassment remain unrecognised by Malaysian law, and victims are left out by the justice system in the fight to seek redress[1].

Criminal lawyer, Dinesh Muthal, argues that the law must be amended to ensure that male victims are given the recognition and justice they deserve[2].

While a woman can still be charged with sexual harassment according to section 509 of the penal code:

“Whoever, intending to insult the modesty of any person, utters any word, makes any sound or gesture…intending that such word or sound shall be heard, or that such gesture…shall be seen by such person…shall be punished with imprisonment for a term which may extend to five years or with fine or with both.”

With rape, it is a different story as the Penal Code narrows the definition of a perpetrator as a man and the victim as a woman[2].

[This is] one that needs to be seriously explored in this country. Unfortunately at this moment, the Penal code provides for the perpetrator to be a man and the victim to be a woman. – Alex Netto, Anton & Chen[3]

Basically, what this means is that for one to be charged with rape, penetration must occur to constitute sexual intercourse. In other words, only men are capable of committing rape according to Malaysian law[3]. And it is only considered rape if the victim was a woman.

Essentially, rape cannot be committed by a woman against a man and a man against a man, and hence is not recognised. If a man is raped by another man, the recourse is under Section 377 of the Penal Code, which criminalises all acts of sodomy. But that doesn’t define it as rape, merely as voluntarily having carnal intercourse against the order of nature with any man, woman or animal. – Dinesh Muthal, criminal lawyer[2]

Further adding to the problem is that male sexual harassment is rarely if ever, treated with the seriousness it deserves. Male survivors may be too afraid or ashamed to report being abused or harassed (especially if the culprit is a woman), fearing that they may be mocked or stigmatised for being ‘weak’.

Malaysian actor and model Hafreez Adam faced this discrimination when he opened up about being sexually harassed by a female co-worker[4].

I know she meant it as a joke. But the problem was, it’s my body and I’m not comfortable with people touching me in those areas. – Hafreez Adam, actor and model[4]

While reactions to his post were largely positive, with some social media users praising Hafreez for speaking up about the issue[5], others were far less sympathetic, dismissing the incident or making jokes about it[4].

To further demonstrate this lack of sympathy towards male sexual abuse, Hafreez conducted an informal survey on his Instagram Stories, asking “if a man pats a woman’s buttocks, although he does it as a joke, what do you view that as?” Most of his followers answered, ”sexual harassment.”[4]

When he then asked if a woman did the same to a man, most of his followers responded it would be inappropriate too but few used the term sexual harassment[4].

Don’t normalise these kinds of things. It’s okay if both parties are fine with it and don’t care, but if one party doesn’t like it, that is sexual harassment. – Hafreez Adam, actor and model[5]

Sadly, not everyone is as willing to open up as Hafreez was.

According to the All Women’s Action Society (AWAM) programme and operations manager Nisha Sabanayagam, underreporting by male survivors of gender-based violence appears to be a common thread globally[4].

YouGov Omnibus further corroborates this with a 2019 survey involving 1,002 Malaysians[6]. The results show that while the rates of reports were generally low, men were even less likely to report incidents of sexual harassment (44%) compared to women (57%), with the biggest reasons being embarrassment (54%) and the feeling that no one will do anything about the problem (38%)[4].

Added to this is the general insensitivity of society towards survivors of gender-based violence as a whole – this insensitivity is made even worse when the survivors are male. Male survivors have told Awam that when they make their experiences public, the typical reactions are laughter or response of “wow, you are so lucky to be harassed by a woman” or “are sure you didn’t enjoy it? – Nisha Sabanayagam, All Women’s Action Society (AWAM) programme and operations manager[4]

Nisha notes that besides shame and stigma, another reason why male sexual harassment or abuse gets underreported is that the male survivors could be in denial or practising self-blame[4].

She brings up one case where the male survivor found it very difficult to even speak to Awam about his experiences.

He was in denial that what he was experiencing was domestic violence. He finally chose to make a police report. The police officer in charge took his report but also indicated surprise that the survivor, as a male, was the one who was abused as opposed to the other way around. – Nisha Sabanayagam, All Women’s Action Society (AWAM) programme and operations manager[4]

Shockingly, even AWAM’s own operations have involved incidents of male sexual harassment and abuse being treated insensitively. Nisha shares an incident during a training programme where male survivors who shared their experiences were laughed at by fellow participants, usually other men[4].

There are also fewer support systems and resources available for men. Literature also indicates that even counsellors have expressed disbelief that male survivors of gender-based violence can experience physical, mental, or emotional torture at the hands of their partners, especially when the partners are female. – Nisha Sabanayagam, All Women’s Action Society (AWAM) programme and operations manager[4]

Many hope that the long-awaited Anti-Sexual Harassment Bill, which had its first parliamentary reading in December last year and second reading in July of this year, will finally address sexual harassment as a serious crime. This legislation will broaden the current, piecemeal application of sexual harassment laws – going beyond the workplace to cover occurrences in any setting, such as educational institutions, clinics, public transport, sports clubs, and even online[7].

Although the new bill is intended to apply a gender-neutral definition toward sexual harassment[7], it is clear that Malaysia is still far away from recognising male rape, sexual harassment and abuse in a serious context.

Malaysian laws do not protect men against the crime of rape committed by a man or a woman against another man. Like 377, the section does not emphasise the element of consent and going against his will before sexual intercourse. Section 377 neglects the need for consent and criminalises carnal intercourse with or without consent, which is extremely insensitive and discriminative. – Dinesh Muthal, criminal lawyer[2]

Fortunately, however, more male survivors are following Hafreez’s example by coming out with their own experiences with sexual harassment and abuse.

In January of this year, a former national swimmer (who chose to remain anonymous) told of how he was sexually assaulted as a junior athlete from the ages of ten to 17. Among the traumatising experiences, he had to relive was the frequent forced oral sex on a senior official and being on the receiving end as well[8].

What he did was he would come to us and do the things (sexual acts) to us first. He would then drag us into a toilet, lock us in, and proceed to touch and fondle our private parts. The next time around, he would then force us to do the same act on him, after which, he would shove his private parts into our mouths after forcing us down on our knees. This happened over several years. – Anonymous former national swimmer[8]

More recently in July, a student shared his own experience with sexual harassment on TikTok. Haikal, a student at a university in Sungai Buloh had been going into the restroom at MRT Sungai Buloh station when he noticed a man standing outside[9].

He initially didn’t think much about the man as he did his business. However, as Haikal was washing his hands, the man approached him and asked him where he was going. And what the man did next left Haikal stunned[10].

The guy was standing right next to me. I was wearing my earphones at that time, so when I saw him talking, I took out my earphones and told him I was on way my home. He then came up behind me and touched my butt with a smile on his face whilst saying ‘very nice.’ – Haikal, university student[10]

After sharing his experience online (as well as lodging a police report at the advice of the MRT staff), Haikal received praise for speaking out on an issue that most men normally would not touch on, whilst other male survivors of sexual harassment shared their own similar experiences[9].

Learn To Get Help

It is important that you recognise the different forms of sexual harassment[11]:

If you are a victim of sexual harassment at the workplace or in a public space[3]:

Remember, do not blame yourself for your own sexual harassment. It is normal to feel ashamed or embarrassed about suffering sexual harassment but do not let that stop you from asking for help. Don’t be afraid to reach out and tell people about your experiences. Follow Haikal and Hafreez’s examples and let your voice be heard.