Behind Closed Doors: The Reality of Child Abuse In Malaysia  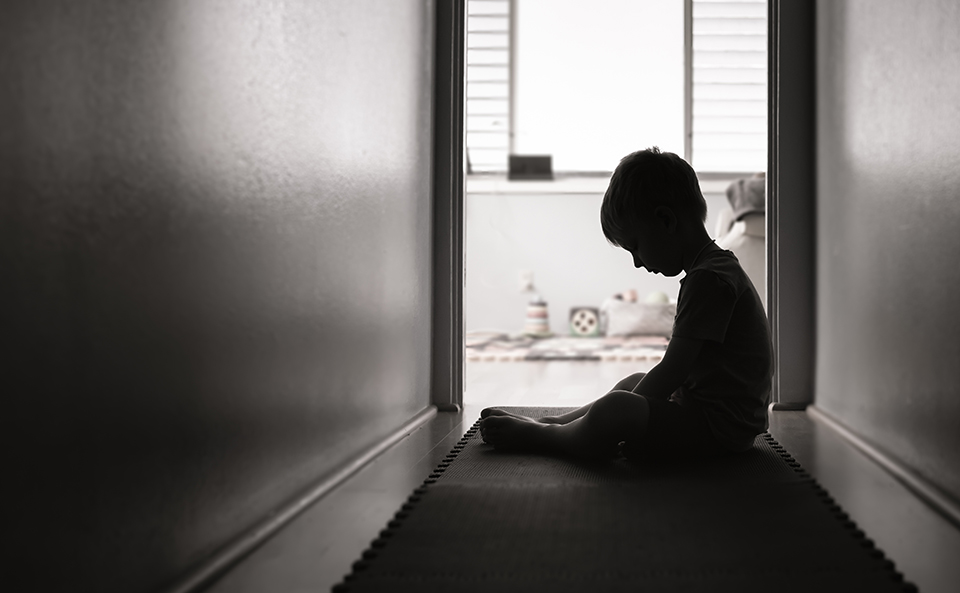 On September 16, 2022, a woman and her husband were arrested for allegedly abusing the woman’s 8-year-old son and 6-year-old daughter[1]. The arrest happened after the boy had attempted to escape their condominium apartment in Jalan Cahaya[2] and subsequently was rescued by firefighters and members of the public. When found, the siblings were covered in bruises and allegedly not allowed to play with other kids, according to a neighbour[3].

They stayed with the suspects after their father died. The birth mother does not want to take care of the two victims. – Mohamad Farouk Eshak, Ampang Jaya OCPD Asst Comm[3]

Sadly, this is just the latest in many child abuse incidents that have taken place. Whether it is at the hands of their parent, caregiver or an authority figure who should’ve been trusted, child abuse is an issue that must be brought to light if we are to tackle it.

Take, for instance, the most recent child abuse case to sweep the nation; a 3-year-old boy in Johor died on Sunday after he was believed to have been abused by his father’s friend (who’d already had several criminal records) and a foreign maid[4]. According to Johor police chief Datuk Kamarul Zaman Mamat, a post-mortem found bruises all over the toddler’s body[5].

Tragically, the boy and his brother were placed under the care of this man by their father. Their father currently works in Singapore and entrusts his sons’ well-being for the past three months to his friend[4].

Child cases in Malaysia have been demonstrating an upward trend since 2019[6]. The first half of 2022 alone saw a disturbingly large number of child abuse cases being reported, with the Social Welfare Department (JKM) recording 1,055 cases nationwide from January to June of this year[7].

Meanwhile, Melaka recorded 88 child abuse cases from January to August 2022, and of that total, 37 involved sexual abuse[8]. The state of Perak saw 689 child abuse cases recorded by the Perak Welfare Department between 2020 and last year[9].

The causes of child abuse are as varied as the types of abuse themselves. Some blame the country’s economic growth for this rising trend, while others attribute it to the opposite due to increasing unemployment from an economic downturn as its cause[6].

Regardless of the exact cause behind each abuse case, some people, including James Nayagam of the Suriana Welfare Society, noted that the recent rise in child abuse cases is attributable to the lockdowns imposed to curb the spread of COVID-19[10].

Before this, children could leave the house and be away from their abusers, but now both mother and child are sometimes at their abuser’s mercy. There is no way for them to immediately reach out for help when tension at home is on the rise. – James Nayagam, child rights activist for the Suriana Welfare Society[10]

Child abuse and neglect are among the social ills which spiked due to the Covid-19 pandemic including crime index, as well as family and mental health problems. – Mazwan Johar, Sungai Ramal state assemblyman[11]

The Multi-Faceted Nature Of Abuse

Of course, abuse doesn’t always involve physical harm; a viral video that had swept throughout social media showed the aftermath of a thoughtless father destroying his daughter’s belongings. The video, recorded and uploaded by the girl’s mother presumably as a means of apologies, showed the teenager’s heartbreaking reaction to seeing that her father had burnt her entire K-pop collection outside of their house[12].

Some were gifts from her friends. If you disapprove, you could’ve asked [your daughter] to sell it or give it to someone else who would want them. – @tinybamtyun, a Twitter user[12]

Unsurprisingly, netizens were quick to condemn the father (who was described as a narcissist by his wife) for destroying his daughter’s collection without her consent. Some understood the father’s concerns but disagreed with his actions while others warned the original poster to not be surprised if their daughter holds a grudge against them[12]. Netizens made it clear that the correct course of action the father should’ve taken would’ve been to simply discuss his worries with his daughter and set clear boundaries.

Abuse does not always happen at the home either, even places where one would expect their child to be safe have harboured incidents of abuse. Last year saw a total of 217 abuse cases recorded at childcare, with all cases involving children under the supervision of childminders[13].

During the same period, 51 childcare centres had their licences revoked and another 19 centres were issued with verbal warnings. Four other childcare centres were compounded for breaching regulations. None of the operators was charged in court last year. – Siti Zailah Mohd Yusof, Deputy Women, Family and Community Development Minister[13]

And in July 2022, a Facebook user who goes by Mona Din posted several photos purportedly showing her grandchild’s bruised ears. She said a Facebook friend had informed her on WhatsApp that her grandchild, a pupil at a special education class in Permatang Pauh, Seberang Prai, had her ears twisted by a teacher until they turned blue and black[14].

A female teacher, in her 30s, approached the child and covered her ears in an attempt to calm her down. As a result of the teacher’s action, the child sustained bruises on both ears and was sent to Bukit Mertajam Hospital for treatment. – Tan Cheng San, Seberang Perai Tengah police chief Assistant Commissioner[15]

When even teachers and caregivers are mistreating their charges, it is clear that we must improve the way such professions handle children, lest another tragic and preventable death occurs.

What Is The Law And Is It Enough?

These offences can be punished under the Child Act 2001, and there are three parties that should assist in the case, namely medical practitioners, guardians and babysitters. They are obliged to report any abuse cases. – Siti Zailah Mohd Yusof, Deputy Women, Family and Community Development Minister[7]

The Child Act 2001 brought major changes to the law relating to child protection in Malaysia.

The Act recognises children as essential members of society and ensures they are given the protection and special care they need. It also ensures that reporting of any suspected child abuse by parents and other appropriate authorities is mandatory and that the abused child is placed under protective custody.

However, there is still room for improvement.

For children who can’t be returned to the family system, because there is no family or suitable party to provide care and protection as provided under the Children Act 2001, the child will be placed in the department’s children’s institution. They will be provided with healthcare, education and the necessary skills until 18 years old when they can be independent. – Datuk Dr Wan Norashikin Wan Noordin, State Women Development, Family and Community Welfare committee chairman[9]

Strong institutions with child-friendly national policies and laws and quality social services will provide immense help in improving the way we handle child abuse. But to truly resolve such issues, we will need to work together to change the cultural and social norms that lead to children being abused.

According to Unicef, what we need to do is:

Protect and Save the Children: P.S. The Children is the only social organization in Malaysia that focuses solely on the prevention, intervention and treatment of Child Sexual Abuse. Its vision is to build safer communities where children are protected from sexual abuse and exploitation, advocating and establishing effective prevention education for both adults and children, and strengthening treatment and support services, while forging synergistic partnerships within communities.

Suriana: Suriana Welfare Society is a registered NGO, set up in 2011 with the primary goal of promoting and protecting the rights of children in crisis. While initially focusing on child advocacy, Suriana is currently actively pursuing the development of Preventive and Rehabilitative programmes to address social issues involving disadvantaged children and their families.

The Children’s Protection Society: Based in Penang, the Children’s Protection Society (CPS) aims to provide children at risk with a safe and supportive environment conducive to their healthy development. CPS also seeks to raise awareness of issues relating to children at risk by being involved in training workshops and conferences, working together with various government and non-government organisations to help develop longer-term strategies and goals.

What To Do When You Suspect Abuse?

If you suspect that a child (perhaps your own or someone else’s) is being abused, follow these steps when reporting the suspected abuse:

Or the following contact details of different agencies that could help you:

MyHEALTH also has a guideline for preventing child abuse that should be followed closely, especially if you plan on hiring a maid or babysitter or are finding a childcare centre.

Above all else, be willing to listen to the pleas of children in need.