All Hope Is Not Lost: 12 Positive News In Malaysia’s Social Landscape 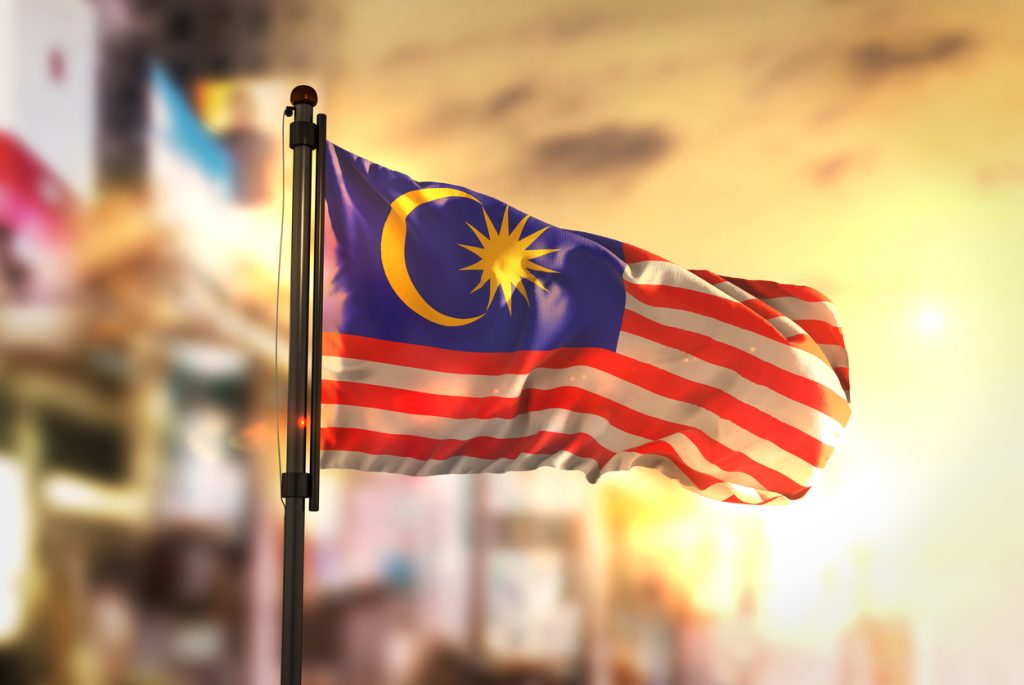 The past three years have been riddled with clouds of uncertainty and challenges but amidst the shadows, there are rays of hope that have shown through. These hopeful episodes are reminders that Malaysia can and will have a better future moving forward.

#1: Aiming For Fewer Smokers In Malaysia

The Tobacco and Smoking Products Bill 2022, or the generational endgame to smoking was tabled by caretaker Health Minister, Khairy Jamaluddin. The aim is to stop selling cigarettes and any related smoking products by making it illegal for those born in January 2007 and onwards[1].

The effort is to curb the high number of smokers that currently stands at 4.8 million (21.3%) Malaysians aged 15 and above[2]. The generational endgame sought to tackle the leading cause of cancer and a contributor to 22% of deaths in Malaysia[3].

For now, the bill is being refined in its content. If done right, the bill could see the nation raking in RM1.3 billion in savings and redirecting the money for better healthcare in Malaysia[4]. The Bill will also inadvertently help to combat the high prevalence of smokers from the B40 group, which currently stands at 60%[5].

#2: Homemakers Given Insurance Too

Globally, unpaid care work has been overlooked but it contributes at least US$10.8 trillion (RM46.6 trillion) a year to the global economy[8]. Despite the heavy labour, homemakers are not protected under the social security system offered to formal workers in Malaysia.

The passing of the Housewives’ Social Security Bill (HSS) is a monumental move to widen the coverage of Malaysia’s social protection system.

By extending social security in the form of SOCSO, homemakers are eligible to receive medical coverage in cases of injury at home or permanent disabilities rather than dipping into their savings or relying on their family to chip in.

The Malaysian legislation as it currently stands only allows Malaysian fathers to automatically confer their citizenship to their overseas-born children. However, the legislation has been challenged by a local NGO, Family Frontiers, leading to the High Court confirming Malaysian mothers’ equal rights to automatically confer citizenship to their overseas-born children.

But the fight isn’t over for the plights of Malaysian mothers living abroad. In August 2022, Malaysia’s Court of Appeal overturned the High Court ruling. The discriminatory law has received attention locally and globally pushing for it to be amended. Family Frontiers long-term advocacy sees major political coalitions including the amendment as part of their manifesto leading up to the 15th General Election.

Malaysia remains one of the 51 nations that resort to capital punishment for 33 offences[10].  In 2018, the ruling government placed an immediate moratorium resulting in zero executions in subsequent years[11]. Fast forward to 2022, seven bills were tabled on a first reading to amend pertinent laws. The proposed amendments would affect the punishments for acts of terrorism and drug-related offences [12].

#5:  Youth Getting Their Say At The Ballot

A movement started in 2016 by Qyira Yusri and Tharma Pillai to reduce the voting age requirement in Malaysia came to fruition in 2019 when the bill was approved[13]. The driving force behind the movement is to make way for more active participation of youth in politics.

The parliament passed the bill to reduce the voting age from 21 to 18 years old. In 2019, the Election Commission estimated that the bill will witness 7.8 million voters, a 50% increase from the poll of voters in 2019[13].

However, the bill  was only gazetted in January 2022 and the Johor state election became the first poll to have 18-year-olds as voters. It witnessed an increase of almost 30% of Johor voters from 1.8 million voters in GE14 to 2.5 million [14].

#6: A Yes From Environmental Fighters

The Selangor state government’s decision to approve the degazettement of 536.7 hectares of the Kuala Langat Utara Forest Reserve for redevelopment in 2021 was met with backlash from local NGOs[15].

Their condemnation led to the initiation of the Pertahankan Hutan Simpan Kuala Langat Utara (PHSKLU) coalition supported by 15 different changemakers and agencies.

We cannot easily re-gazette all of the forest reserves because there are some areas that need to be degazetted because they are Orang Asli villages and cannot be put under the status of forest area. – Amirudin Shaari, caretaker Selangor Menteri Besar[16]

Despite being dubbed the “guardians of the forest”, less than 20% of Orang Asli land and settlements are legally acknowledged as Orang Asli lands[17].

Many live in fear of receiving eviction notices from state governments to make room for developments. Some tribes have also unknowingly signed their land rights to developers due to illiteracy. Most cases of contesting land ownership are often won by developers or state governments.

But the Semelai tribe in Bera who were faced with eviction in 2021 won a landmark ruling in the apex court declaring their entry and occupation of the contested 903 acres (365ha) of land is lawful[18].

The National Wage is reviewed on a two-year interval as designated by the National Wages Consultative Council Act 2011[19]. On 1 May 2022, the Malaysian Minimum Wages Order 2022 came into effect raising the minimum monthly wage of employees to RM1,500.

The same was, again, raised to RM1,200 in 2020 and now to RM1,500. The most recent raise was met with mixed reactions from different agencies, employers and companies, especially as the country had just moved out of the pandemic.

But experts have shared that it is a move in the right direction as wages in Malaysia have seen a downward trend and to take a step further is to ensure employees are given a living wage in the future.

Overall wages are falling, not rising in Malaysia. The Department of Statistics Malaysia reported average wages fell by 9% and median wages fell by 15.6% in 2020, for example. – Dr Geoffrey Williams, Dean at Malaysian University of Science and Technology’s Institute of Postgraduate Studies[20]

The amendment came into full effect in May 2022 with exemptions made to companies with less than five employees.

The anti-hopping or anti-katak law is a bipartisan response to political turmoil in early 2020 that saw Members of Parliament (MP) changing party alliances to create a new political coalition[21].

The enshrinement of anti-hopping law in 2022, mere days before the dissolution of parliament, is an attempt to foster a culture that respects the outcomes of elections or the people’s mandate.

However, the rippling effect of the pandemic saw an increase in hardcore poor families to 251,089 in February 2022[22].

With the launch of the Keluarga Malaysia Hardcore Poverty Eradication Programme (BMTKM), the ruling government’s intention to eradicate hardcore poverty in 2025 is clear. The programme sought to provide income opportunities to selected 1,000 localities within three years and six months.

With more employees preferring a flexible work setting, the Employment Act 1955 was amended in August to allow more freedom to employees in choosing their work arrangements. In addition to this, working hours are set to be reduced from 48 hours to 45 hours in 2023[24].

#11: It’s Game Over For Sexual Harassers

The sexual harassment bill took a long time to see the light. The initial draft of the bill was submitted in 2020 and revised multiple times before being passed in 2021[26].

Comparing the Bill that was first drafted and redrafted to the one that was passed … we do feel very sad. But, we are happy that after 20 years, there is a Bill. – Betty Yeoh, consultant at women’s NGO Engender[26]

The bill provides rights to any individual who has been sexually harassed and each case will be presented to a closed Tribunal for Anti-Sexual Harassment.

In 2021, 775 sexual harassment were reported. The cases were handled under different legislations including the Employment Act, the Communications and Multimedia Act, and the Sexual Offences Against Children Act[27].

#12: Banding Together To Provide Quality Education

Students in Malaysia and globally have resorted to online learning during the pandemic. However, the switch from the physical classroom to online has highlighted digital gaps and flaws in the national education system.

But, this is where all Malaysians came together, regardless of status and affiliation to ensure no students are left behind.

One of the apparent disparities is the access to digital devices for students in low-income households with 37% of children not having the appropriate devices to attend online classes[28]. Relevant ministries have distributed Peranti Siswa and MPs such as Syed Saddiq have donated digital devices or tablets to affected students.

At the same time, the issue of unstable Internet connection in rural areas gained the spotlight with Veveonah Mosibin’s story. The attention it has received pushed ministers to work. The result is 51 new telecommunication towers completed, with 1,874 more undergoing 4G upgrades in Sabah in 2021. The ruling government has also provided free and affordable Internet packages, Jaringan Prihatin, to assist students in low-income households.

Non-governmental organisations such as Rakan Tutor and White Flag Initiative on the other hand provided free online tuition.

AIDS Fighters: These Are 8 Things They Want You To Know
The World’s Population Reached 8 Billion On 15 November: Here Are 5 Things Malaysians Need To Know 
A Step Closer To Equality: Here Are 7 Places Where You Can Get Fair Trade Local Products
Pregnancy Discrimination Continues And Its Time To Stop It
About 365,000 Tonnes Of E-Waste Is Tossed Out Annually - And More Are Smuggled In
8 Sponsor-A-Child Programmes That You Can Partner With This World Children’s Day 2022
Every Vote Counts: How Are PwDs Going To Vote At GE15?
Speak Up! Female Politicians Needed In Malaysia
Sugar? Yes, Please! Malaysians Can’t Live Without Sugar And The Stats Show It
Tamu Markets: The Beating Heart Of East Malaysian Economy