AIDS Fighters: These Are 8 Things They Want You To Know 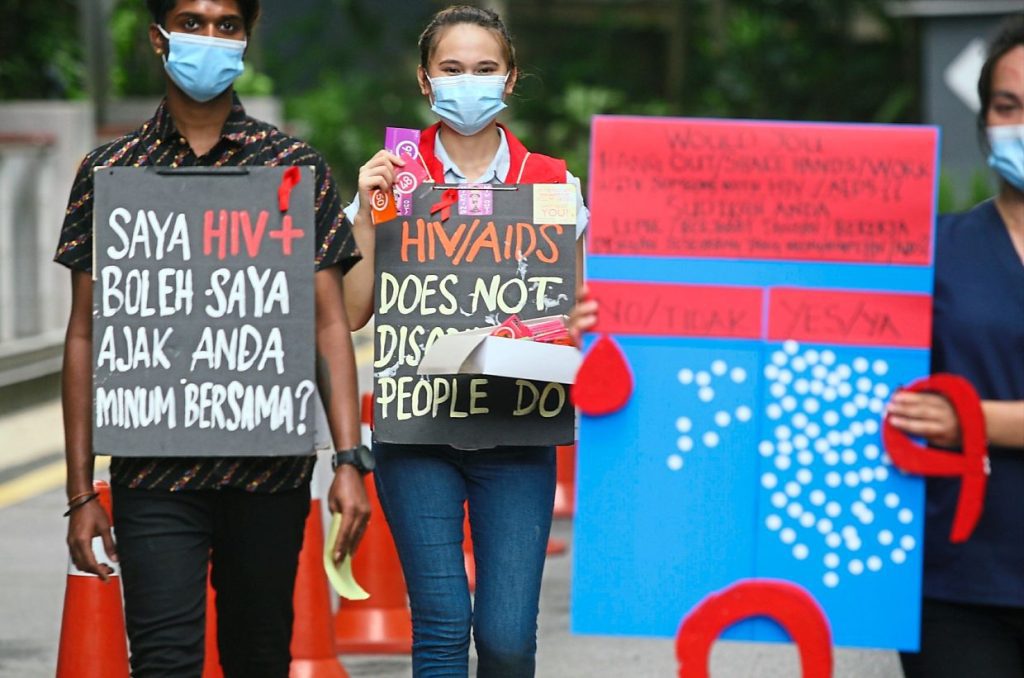 When the first case of HIV/AIDS (Human Immunodeficiency Virus / Acquired Immunodeficiency Syndrome) landed in Malaysia, there were plenty of myths, stigma and discrimination faced by the people living with HIV. In a predominantly Muslim nation, the disease linked with unsafe sex and homosexuality stamped its patients as ill-repute. By association, being diagnosed with HIV/AIDS is a spiralling path to early death.

World AIDS day, celebrated annually on the 1st of December, is to commemorate and pledge our support to people living with HIV/AIDS. At the same time, it is a chance to highlight the inequalities faced by pockets of the community, spreading more awareness of the disease in the larger society.

Why Is It A Deadly Disease?

An HIV infection will gradually destroy the body’s immune system, making its sufferer vulnerable or prone to catch other infections and cancers. However, the disease can be deceiving at times, an individual may not know that they have been infected. HIV can be detected using blood or saliva tests to identify whether the immune system has built antibodies against the virus. Alternatively, an antigen test can be done for quicker results.

A person with HIV may look healthy and normal, but they can transmit the virus to others. An HIV infection is a precursor to AIDS if left untreated within 10-15 years of HIV infection.

AIDS by extension is the acquired infections and cancers from the damage caused by HIV infection on the immune system. AIDS is the final stage or stage 3 of HIV infection and the most severe form of HIV manifestation. Its symptoms include:

HIV/AIDS remains a deadly disease as it is incurable. Antiretroviral (ARV) treatment is in place to slow down the disease progression. With adherence to ARV drugs, there is a good prospect for HIV/AIDS patients to live prolonged life.

New HIV infections may have decreased in the nation, however, Malaysia has not met the global AIDS target of achieving the global 90-90-90 target by 2020. The ratio refers to:

The discourse on HIV and AIDS (acquired immune deficiency syndrome) is not without its stigma. Since the first recorded AIDS case in Malaysia in 1986, the disease has often been cast as a death sentence and PLHIV has committed a dreadful sin.

In Malaysia, the problem is still largely stigma and discrimination, not just from the general public, but also from legislators and sometimes even among health care professionals themselves. – Boo Su-Lyn, CodeBlue editor-in-chief [2]

Grassroots organisations and government agencies have worked hard to reduce new infections and treat patients over the last decade. But, misconceptions about the disease are omnipresent in society.

SEED Malaysia, an NGO working with marginalised communities, including trans people, homeless individuals and people living with HIV, tell us the eight things they would like the general public to know about HIV and AIDS.

Anyone infected by HIV does not automatically have AIDS. A difference that SEED Malaysia recognised as lacking in society.

HIV is a virus that leads to immune system deterioration, leaving individuals prone to other forms of infections and the development of cancer.

HIV (Human Immunodeficiency Virus) is a virus that attacks the body’s immune system. If HIV is not treated, it can lead to AIDS.  AIDS is the late stage of HIV. Those who take good care of themselves (and on treatment) may not develop AIDS. – SEED Malaysia

AIDS also known as stage 3 HIV is a condition that takes place if HIV infection is left untreated.

Those with HIV don’t necessarily have AIDS, but those with AIDS have HIV. However, the progression of HIV infection can be slowed down using antiretroviral treatment.

The CD4 cell count is used to measure the state of the immune system and determine whether an individual has HIV/AIDS. In a normal individual, the cell count may be anything between 500 and 1500. Those who are suffering from HIV and AIDS would have a lower than 200 CD4 cell count.

Back in the 1990s, HIV/Aids was largely perceived as a ‘gay disease’, the root of this misconception was that the first known sufferer was a gay man.

At a time when homosexuality was frowned upon, the “gay-related immune deficiency” ideology gained traction in the US media and trickled into a persisting stereotype in Malaysia.

‘Gay-related immune deficiency’ gained traction in the US media and among health care professionals and regardless of what it is called – people will always associate it with homosexuals and knowing the society in Malaysia, if you are infected with HIV, you must be gay.– SEED Malaysia

But, that’s largely untrue and has since been debunked.

#4: More Than One Mode Of Transmission

It is true that in the last decade, HIV transmission was rampant through sexual intercourse, but it has since declined from 3.95 in 2000 to 0.04 in 2020, a 70% drop[1]. SEED Malaysia shared that there are other modes of transmission, such as :
• If and when you have unprotected sex
• Sharing of needles when taking drugs
• From an infected mother to the child (eg. through breast milk)

But, SEED Malaysia has also heard bizarre myths in the general public on how HIV is transmitted.

We have heard someone saying that mosquitoes can spread HIV. – SEED Malaysia

The bottom line is HIV can be transmitted via the exchange of bodily fluids but cannot be spread by[4]:

#5: It Is Possible For A HIV Positive Mother To Give Birth To A Healthy Baby

Unprotected intercourse can result in the pregnancy of an HIV-positive woman, however, said pregnancies can pass without any serious complications caused by the virus. In the course of the pregnancy, antiretroviral therapy can be taken to ensure the baby’s health.

#6: Living With Stigma From Family, Friends And Society

People living with HIV and AIDS do face discrimination from their family, friends and society Often, this is due to fear and the lack of information. In 2020, it was found that only 39% of the general population surveyed by Malaysia’s Ministry of Health had comprehensive knowledge and essential facts on HIV/AIDS[1].

As long as our society continue to discriminate people who are different, this discrimination will continue.  – SEED Malaysia

I left the organisation and I was in denial for almost 4 years. – A*, a person living with HIV

Discrimination also exists for job seekers who are HIV+, as some workplaces require a full blood test to be done.

Of course, the employer may say the person is not fit, but when you see a potential employee who is HIV+, most of the time, fear gets to a person and they are not offered the job.  – SEED Malaysia

#7: HIV Diagnosis Is No Longer A Death Sentence

One of the myths I have heard is that PLHIV will die as soon as they are diagnosed with HIV/ AIDS and they can’t live like other people.  – A*, a person living with HIV

The Ministry of Health is proactive and is committed to ending AIDS by 2030. One of the moves includes providing free antiretroviral therapy to HIV/AIDS patients. At the same time, grassroots organisations such as SEED Malaysia, PT Foundation, Sabah AIDS Awareness Group Association and Malaysian AIDS Council are working together to provide treatment and prevention.

SEED also shared that they have met people living with HIV for more than 15 years, rebuking the myth that HIV means an early death.

However, if HIV develops into AIDS, the patient’s life expectancy will be affected.

#8: Fighting HIV/AIDS Could Be A Lonely Battle, At Times

A* has been living with HIV for the past seven years and is constantly educating the surrounding community. A* encourages those who are diagnosed with HIV/AIDS to seek available treatment and know that there are organisations that are ready to help.

There are people that care about them and also there are many organisations that will provide support such as monthly allowance, and support groups. They could extend their life if they adhere to the given medication.   – A*, a person living with HIV

A*: The identity of the respondent has been changed to maintain anonymity and confidentiality.